APMEX is thrilled to offer 2016 Silver Coins in a wide variety of beautiful designs. Available for purchase or pre-order, we have the more exotic 2016 Silver Kangaroos and 2016 Silver Elephants, in addition to the well-known 2016 Silver Britannias and 2016 Silver Maple Leafs. Of course, to stay in touch with the 2016 price of Silver, we are also stocking the perennial favorite 2016 Silver Eagles. These and other attractive items are available. It is time to consider your pre-order 2016 coins! 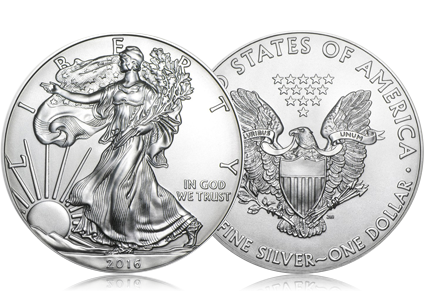 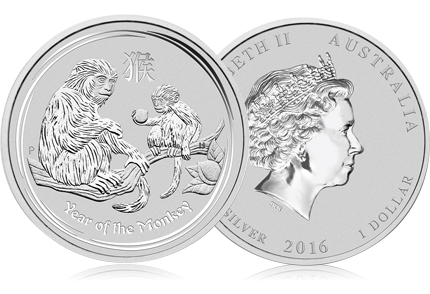 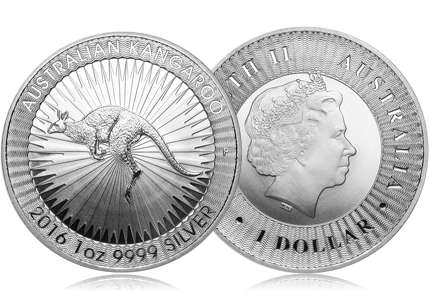 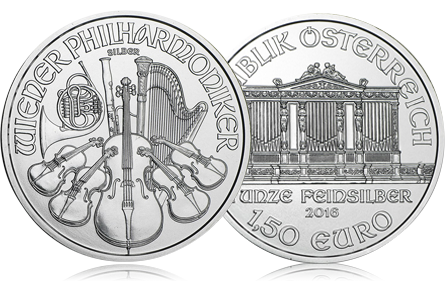 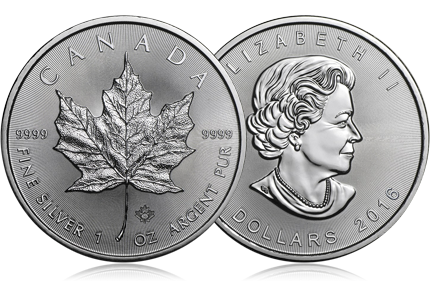 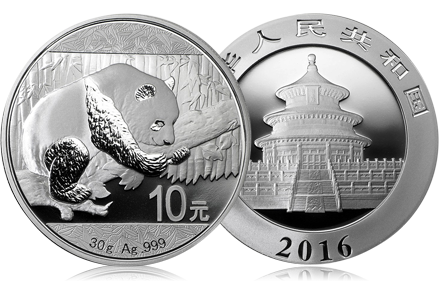 The 2016 Silver Chinese Panda features an all-new panda design for 2016! These coins are particularly captivating due to the unique-to-the-year artwork, making the 2016 Chinese Panda coins a must-have for anyone collecting the series. 2016 Silver Pandas are guaranteed by the People’s Bank of China and eligible for Precious Metal IRAs. New to the Panda series for 2016 is the gram weights, rather than ounce weights. Discover the beautiful 2016 Chinese Panda bullion coin today! 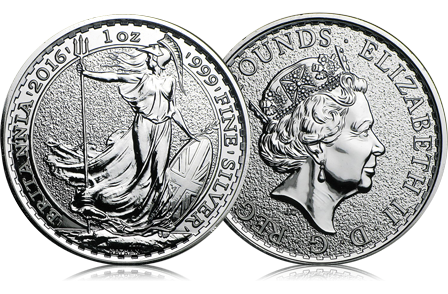 Sporting iconic imagery of British culture, the 2016 Silver Britannia offers all the security and reliability the world has come to expect of Britannias. 2016 Britannia coins are backed by the British government and are eligible for inclusion in Precious Metal IRAs. Further, at a low cost over spot, 2016 Britannias are an ideal entrée into both collecting and investing. If you have been considering building a collection of Silver coins, the 2016 Britannia is for you! 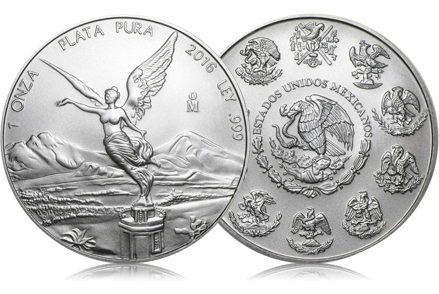 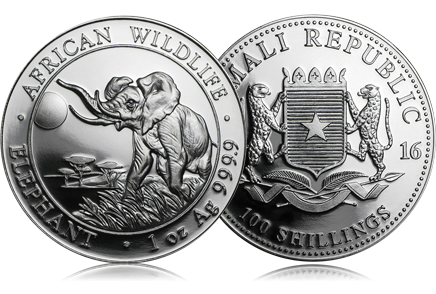 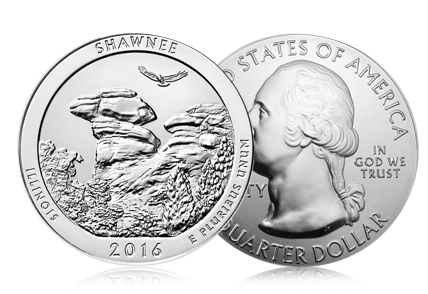 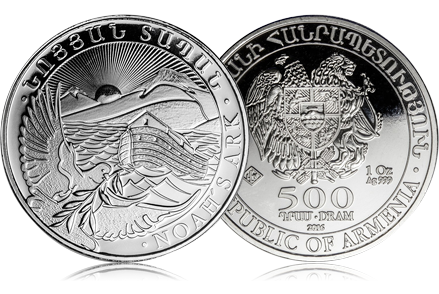 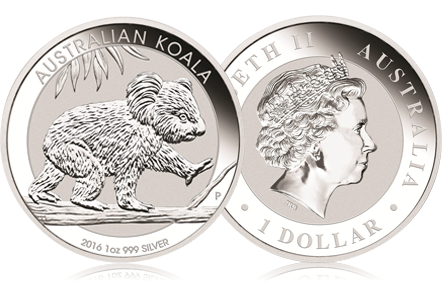 Featuring a detailed depiction of Australia’s beloved marsupial, the 2016 Koala might be the “cuddliest” bullion coin on the market! 2016 Silver Koala coins are an important addition to your Australia series, and of course any 2016 Koala is a sound way to invest your Precious Metals dollar. Take a look at the lovely 2016 Silver Koala! 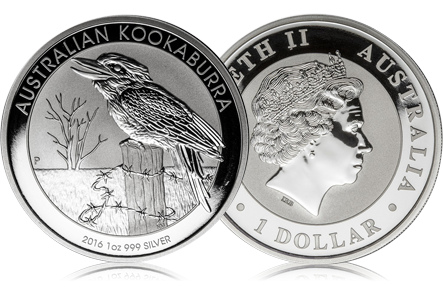 The 2016 Silver Kookaburra features beautiful artwork of a laughing kingfisher, a symbol of the Australian Outback. 2016 Kookaburra bullion coins make excellent companion pieces to other Perth Mint items. A 2016 Kookaburra has both collectible and bullion value, perfect for any type of investor or collector. Consider making a place in your collection for the 2016 Kookaburra. 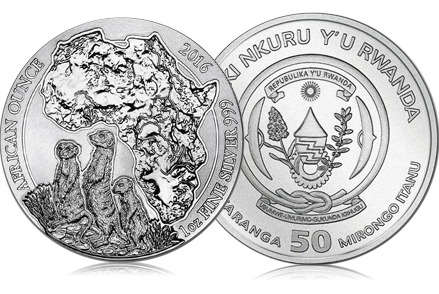 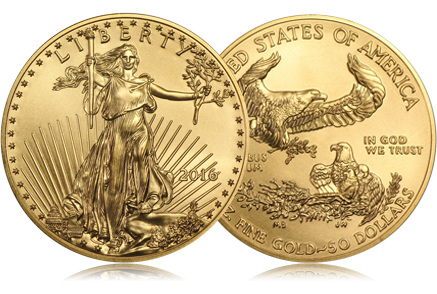 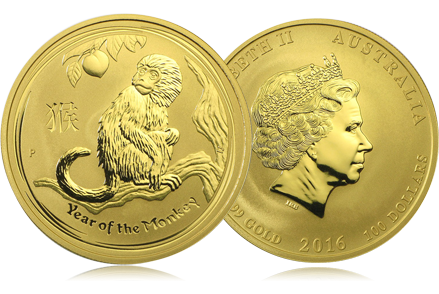 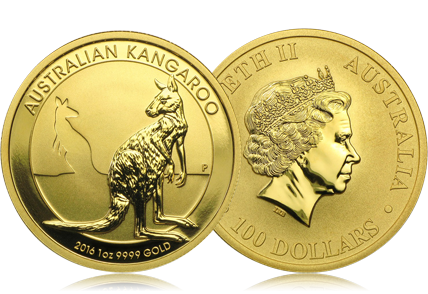 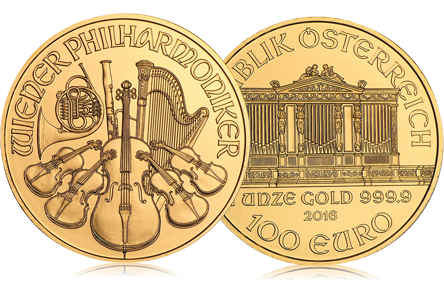 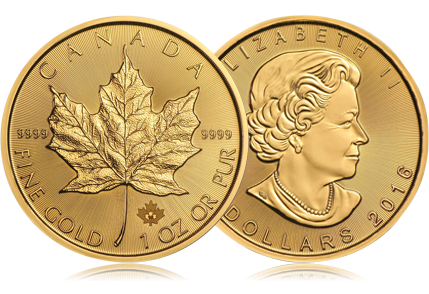 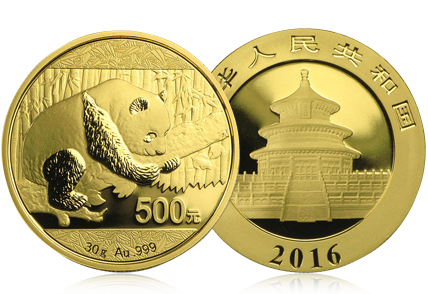 The Chinese Panda bullion coin is one of the only coins to change its artwork each year, making the 2016 Gold Chinese Panda especially sought after by those compiling the series. Of course the 30 grams of Gold and eligibility for inclusion in a Precious Metals IRA also make 2016 Chinese Pandas a sound purchase for investors. Delightful depictions of the endangered panda make the 2016 Gold Panda a thoughtful gift for conservationists as well. Take a look at the unique 2016 Chinese Panda coins! 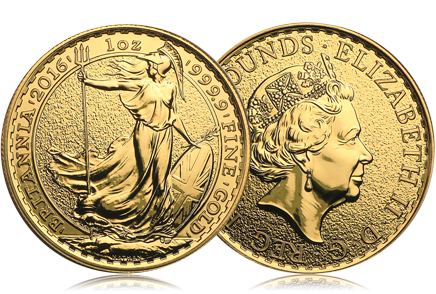 The 2016 Gold Britannia, depicting glorious Britannia wielding a trident and shield, offers all the tradition of a sovereign coin backed by the British government, with the added value of .9999 fine Gold purity. 2016 Britannia coins are an excellent item for the collector or investor and are eligible for Precious Metal IRAs. Gold Britannia 2016 are especially tempting for the new Gold investor, available for a low premium over spot. Get your 2016 Britannias today! 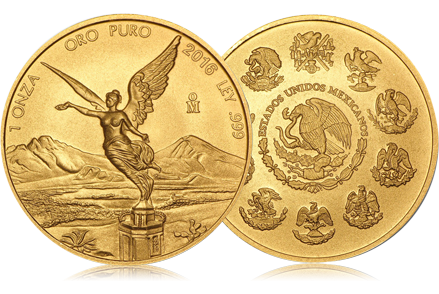 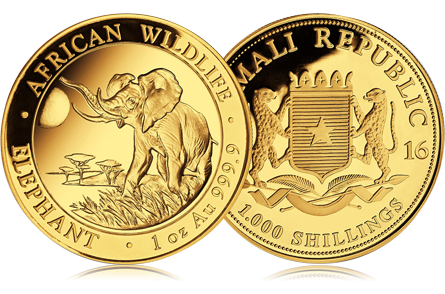 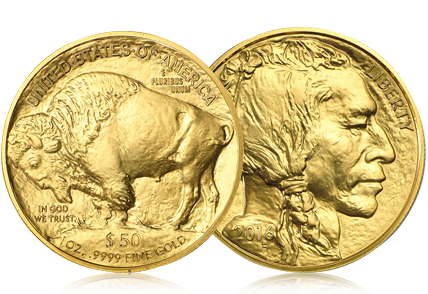 Featuring iconic artwork representing Native American culture, the 2016 Gold Buffalo coins are beautiful enough to display yet are also excellent additions to Precious Metals portfolios. One of the most popular Gold coins in the U.S., the 2016 Buffalo coins are a sensible choice for both the beginner and the seasoned collector, containing a full ounce of Gold. Discover the appeal of the Gold Buffalo Coins today! 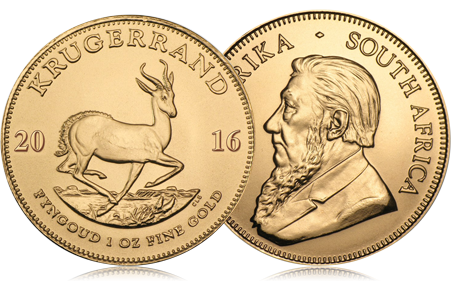 The freshly minted 2016 Gold Krugerrand joins the fine tradition of Krugerrands, the Gold coin that is legal tender in South Africa. Created for investors, the 2016 Krugerrand is recognized throughout the world and is easily sold anywhere. Known for keeping its lustrous appearance forever, the Gold Krugerrand Coin will make a fine addition to any collection as well as being a solid investment item. Secure your 2016 Krugerrands today.