This is the first installment of the APMEX Showcase series, highlighting unique products in our inventory. Every month, a new batch of products will be selected. Follow us on Facebook, Instagram Twitter to keep up with the entire series.

Beginning in 1873, Silver prices were dropping around the world. There was too much supply and not enough actual demand for the white metal. In the Western United States, Silver mines closed as demand for Silver vanished. Something needed to be done quickly! U.S. Representative Richard P. Bland of Missouri and U.S. Senator William B. Allison of Iowa created a plan to increase the demand for Silver.

The plan was simple – they would create legislation forcing the United States Treasury to purchase $2-4 million of Silver each month from mines in the Western United States, coined in Silver Dollars. This would bring the U.S. out of its economic depression, spike the price of Silver and help make the American Silver Dollar coin respected worldwide. Thus, the Bland-Allison Act was born.

After passing the legislation through Congress and receiving presidential approval, both U.S. Mint Chief Engraver Charles Barber and his assistant, George T. Morgan, made design patterns for inspection and approval by mint officials. After short deliberations, the mint director and the Treasury approved Morgan’s designs, which went into production just one week later. The coins were deemed so important that all other Silver coins that were to be struck in Philadelphia were instead shipped to San Francisco, Carson City New Orleans for striking. 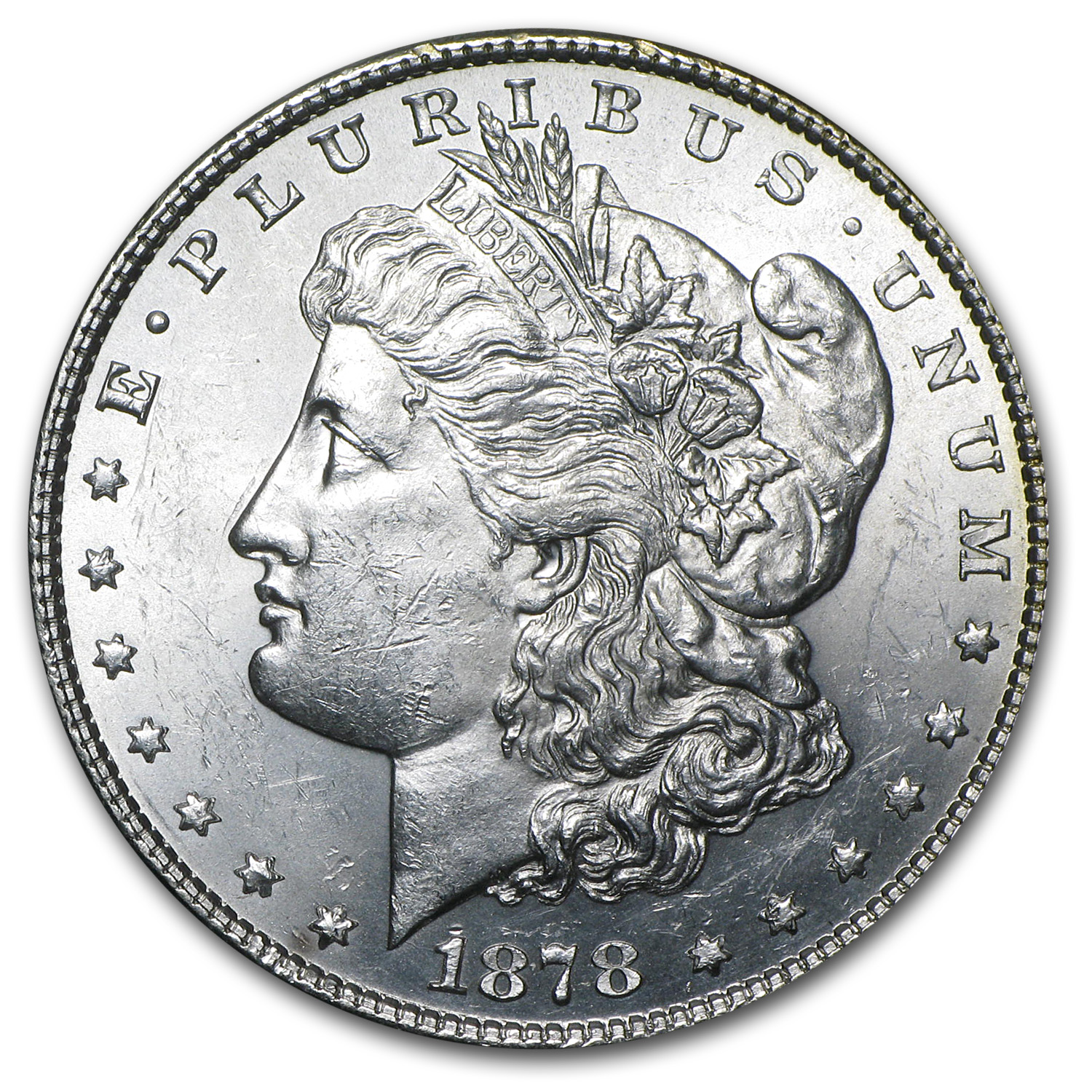 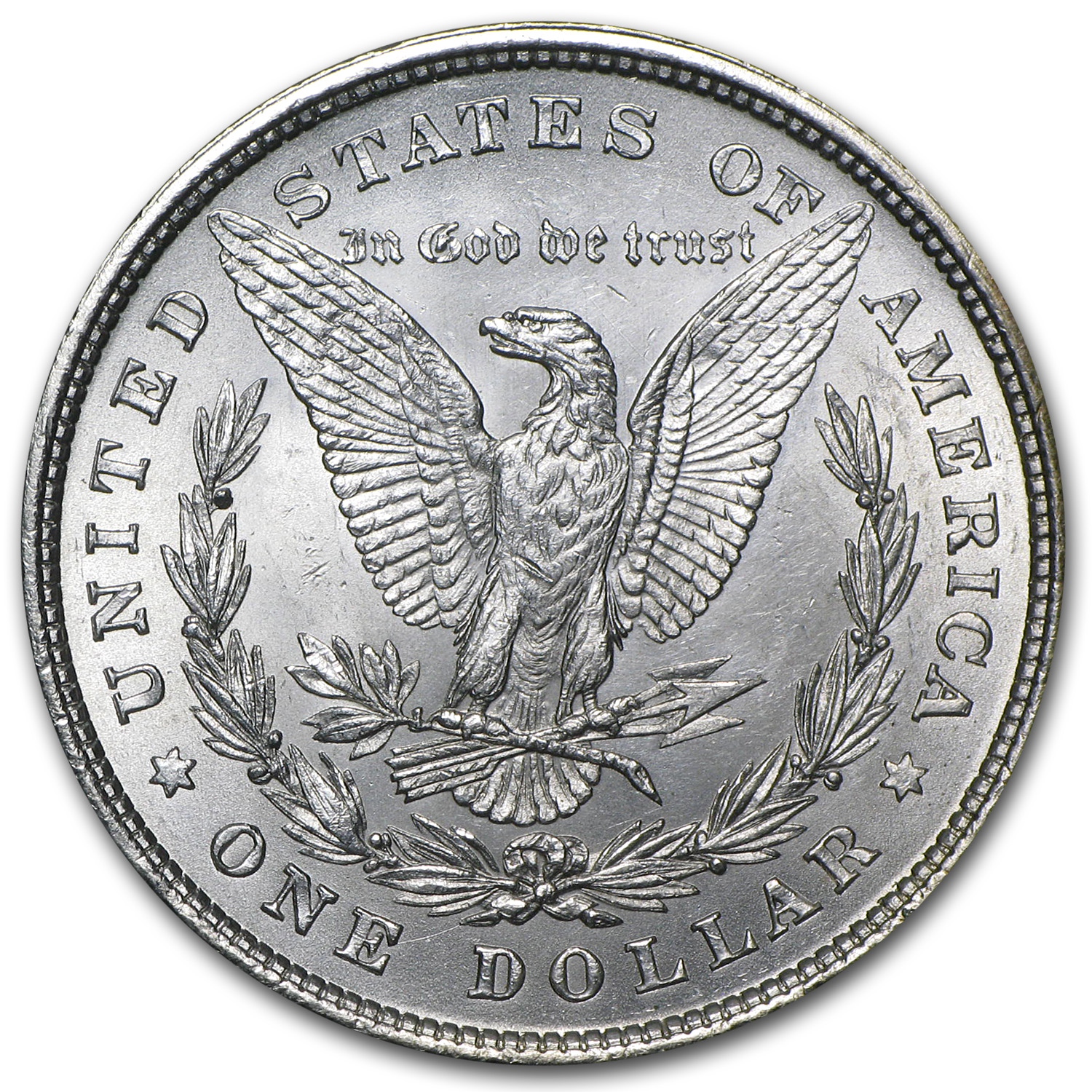 Beginning in 1878, these new Silver Dollars were struck at Philadelphia, San Francisco Carson City. The New Orleans Mint also struck them in 1879. They were struck yearly, but not at all branch mints, through 1904, when production ceased due to the fact that all the raw Silver purchased for Silver Dollar striking had been exhausted. But hundreds of millions of coins had been struck by that time.

Now let’s review one of those Morgan Dollar coins. The 1880-S Morgan Silver Dollar is regarded as a beautiful coin. In Uncirculated condition, they generally come as very well-struck with booming luster, often with a great “cartwheel effect” when rotated under a light. Sometimes they are even semi- in appearance.

But with an original mintage of 8,900,000 coins struck, it is not considered to be a rare coin. However, all that changes rapidly as you climb the grading scale. Currently, the two major grading services, PCGS and NGC, have graded these numbers of coins in these selected grades:

So how does a coin qualify to make the impressive MS-68 grade? According to the American Numismatic Association (ANA) Grading Standards:

A coin graded MS-68 has a beautiful sharp strike and full original luster for the date and mint, with no more than four light scattered contact marks or flaws. No hairlines or scuff marks show on the surface of the coin. It has exceptional eye appeal. It is acceptable for Silver (coins) to have attractive toning.

So once this large, heavy Silver Morgan Dollar has been examined for marks and luster, if it makes the grade, it is assigned the lofty MS-68 grade. These coins are truly rare in that state of preservation. Considering the two major grading services have given this grade to fewer than 600 1880-S Morgan Dollars since they began grading coins in 1985, it is safe to say that not many MS-68 Morgan Dollars exist.

This magnificent Morgan Silver Dollar has made the grade at PCGS. It is, unquestionably, one of the most beautiful Morgan Dollars you will ever see. Lady Liberty’s cheek is beautiful and the coin has original luster. It would be a centerpiece of any Morgan Dollar collection.

One additional fact we would like to mention is that in May 1989, at the height of the bull market in rare coins, an MS-67 Morgan Silver Dollar was bid at over $4,000 on the Certified Coin Dealer Newsletter. Remember, that is for a coin graded one point lower than this specimen.