In 1935, the United States Mint began issuing our last circulating Silver Dollar, the 1935 Peace Dollar. The mint facilities at Philadelphia and San Francisco struck a combined 3.5 million coins of that date. The remnants of the Morgan Silver Dollars that were not melted during the 1918 Pittman Act and the bags of millions of dollars’ worth of Peace Silver Dollars were beginning to pile up in the U.S. Treasury. With the economic depression in full swing, demand for these coins slowed to a trickle.

Future King George was born George Frederick Ernest Albert in 1865, the son of King Edward VII. Upon the death of his father in 1910, George assumed the throne and became King George V. He was admired by the people of Great Britain. During World War I, he and his wife visited troops at the frontlines on numerous occasions. He had two sons who also ascended to the throne – King Edward VIII and King George VI. 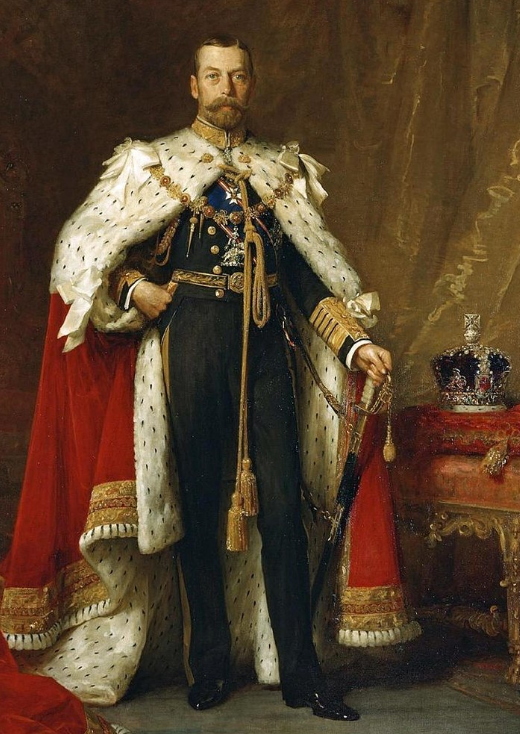 In 1935, Great Britain celebrated the Jubilee of King George V, his 25th year as king. To celebrate this momentous event, the Royal Canadian Mint decided to strike a Silver Dollar in his honor. Designed by Percy Metcalfe, the obverse depicts a King George V, facing left. His military uniform full of awards and medals, his coronation robe and a jeweled crown upon his head make up the central illustration. Around him is the Latin inscription, “GEORGIUS V REX IMPERATOR ANNO REGNI XXV,” which translates to “George V, King and Emperor, 25th Year of Reign.” 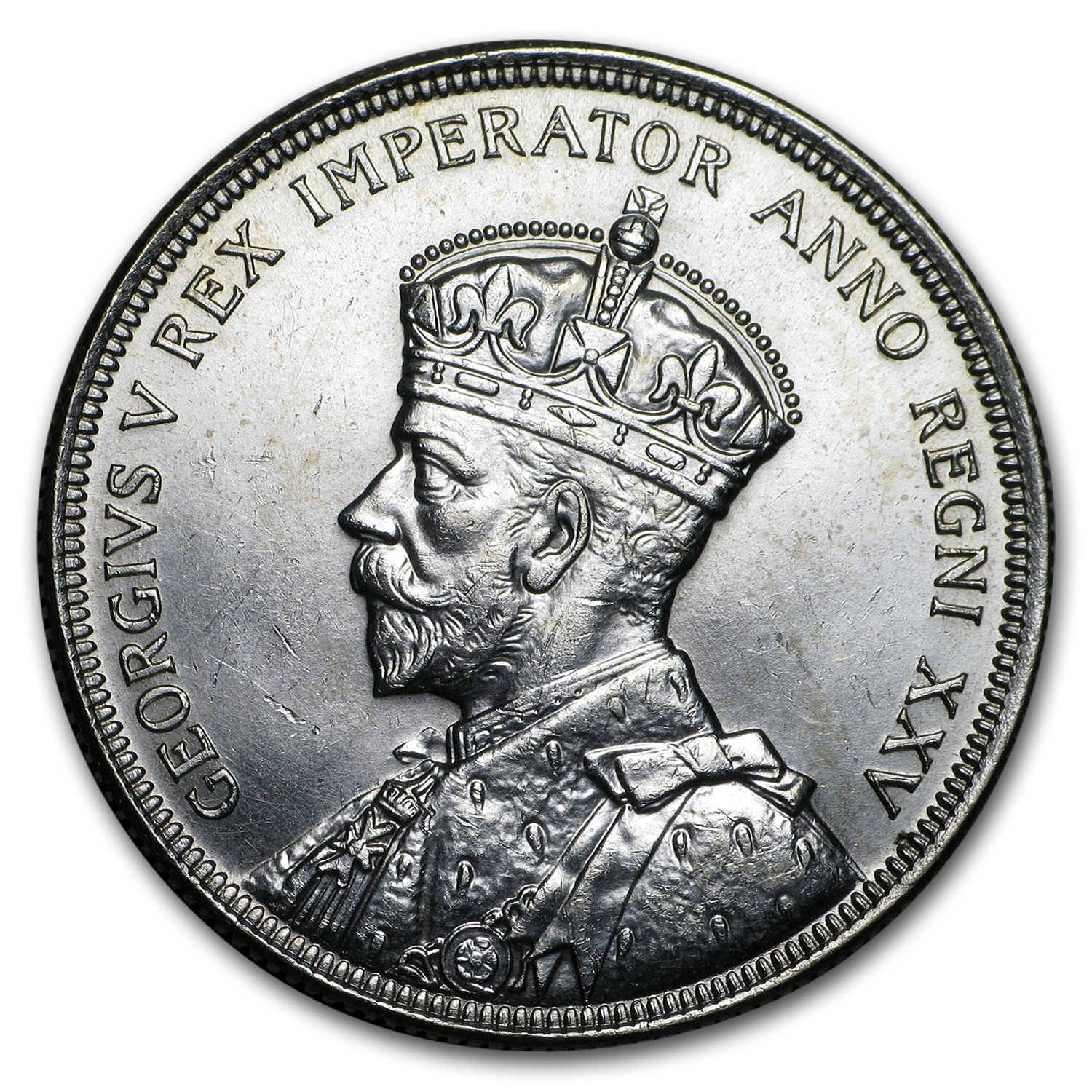 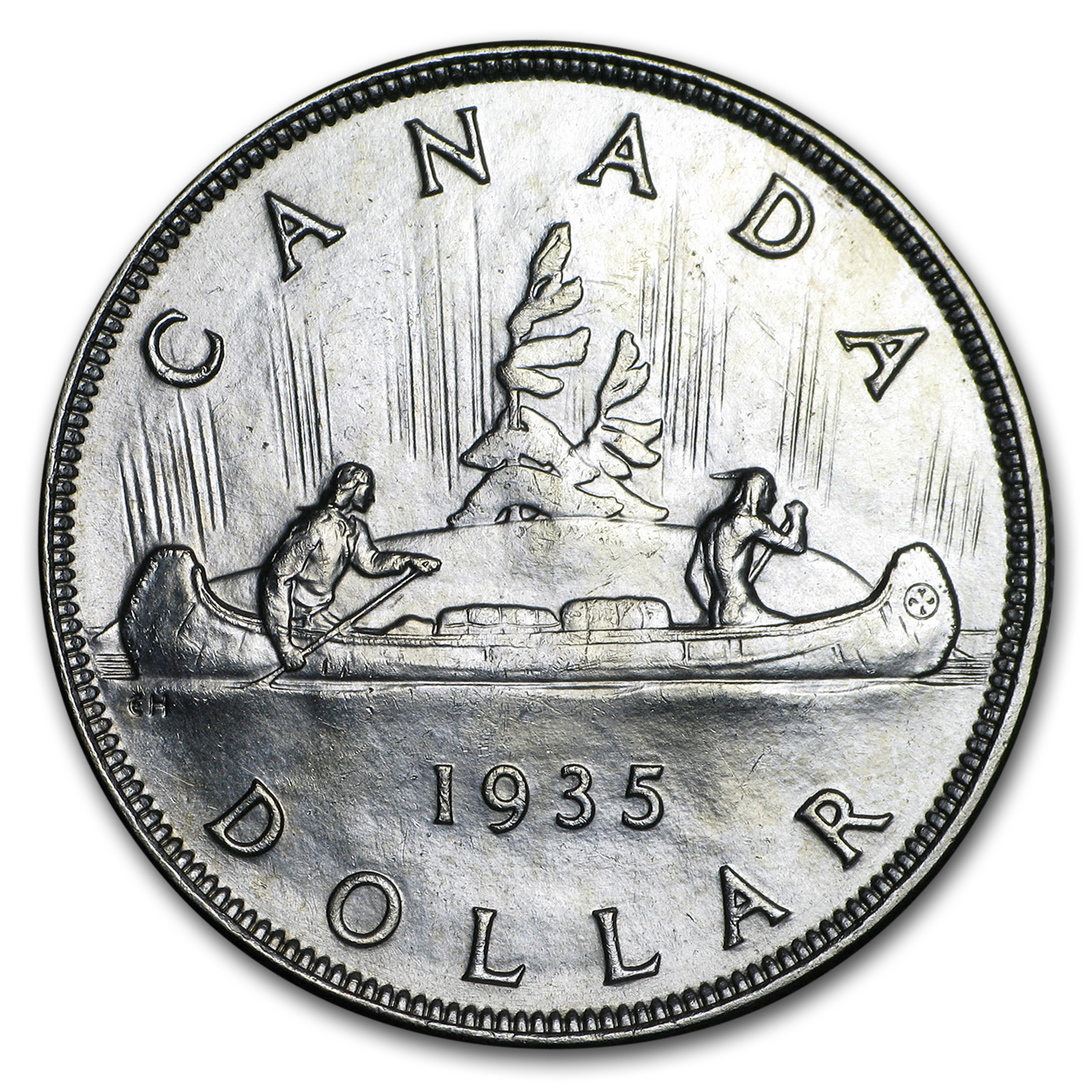 The reverse was sculpted by Emanuel Otto Hahn. This is the famous “Coureur des Bois” design, referring to the fur traders of unsettled Canada. These coins, bearing the trader and native Canadian paddling a birch-bark canoe, have affectionately been called the Voyageur Dollars. The voyagers are paddling beyond an island with trees on it, with vertical lines is the distance representing the Northern Lights.

This coin was intended as a commemorative coin, which meant the design would be changed should the Canadian Mint wish to continue with Silver Dollar coins. The Canadian Mint in Ottawa struck 428,077 coins, including a small number of high-quality specimen strikings. The coin was struck in .800 fine Silver. Many coins were saved as souvenirs of the King’s Jubilee. 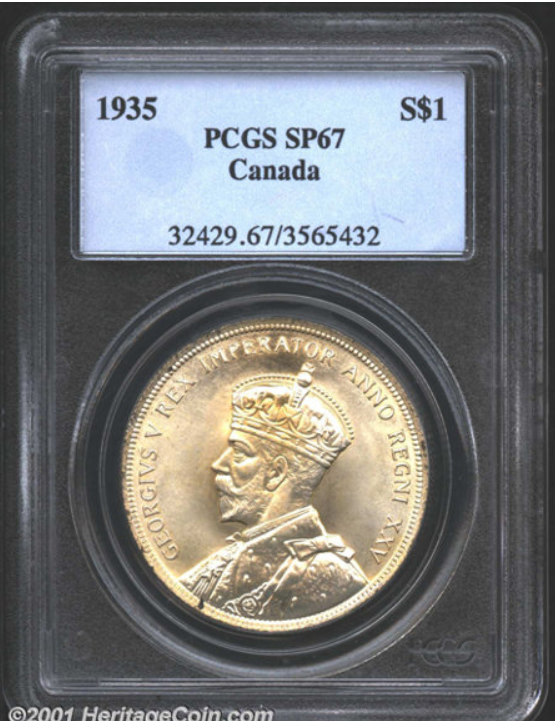 In 1936, Canada released its second Silver Dollar bearing a different design of King George V. A total of 306,000 coins were struck. The mintage was intended to be much higher, but the untimely death of the 70-year-old monarch brought production to an end.