It was 1787 and the American War of Independence had ended four years earlier. This young country was struggling to create all the necessary positions and departments and the Founding Fathers realized we needed our own coinage very quickly. World coins continued to circulate because there was no other option.

The new government had been successful in getting Continental Currency printed during the Revolutionary War and, even more important, it was accepted among all 13 colonies. But coinage was harder to mint and many European coins – from Great Britain, France, Germany, the Netherlands and especially Spain– were freely circulating.

What types of coins would the new United States of America produce? Who would design them? What should be portrayed? There were many divergent opinions so the Founding Fathers looked at the Continental Currency they began printing in 1775 for inspiration. One Founding Father who had a great interest in the Continental Currency was Benjamin Franklin. 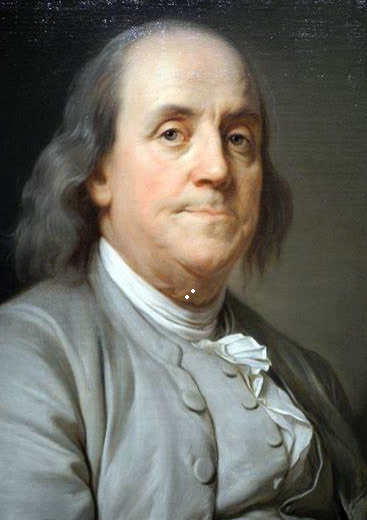 Franklin was truly a Renaissance Man who excelled at many varied tasks. He was a printer by profession and had a keen interest in paper money. Before the United States was a country, Franklin was printing colonial notes for Pennsylvania, New Jersey and Delaware. He wrote a booklet titled “A Modest Inquiry onto the Nature and Necessity of a Paper Currency” in 1729, arguing to increase the paper money supply.

Franklin and his business partner, David Hall, printed a great deal of notes for several colonies. Paper money was easy to counterfeit but Franklin invented a method for deterring that. Franklin pressed leaves into plaster of Paris and cast the leaves into type metal. The fine lines and irregular patterns were incredibly difficult to duplicate and Franklin added the warning “To Counterfeit is Death,” on many colonial notes. 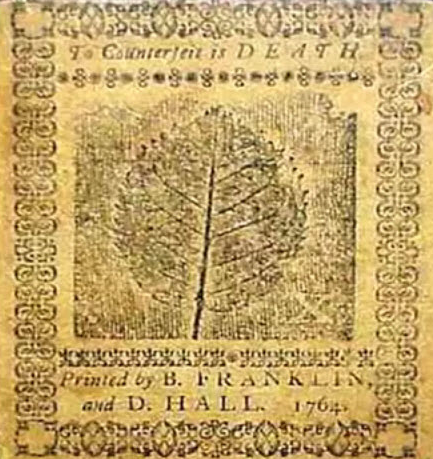 When the time came for Continental Congress to authorize paper currency, Franklin’s influence was again strongly felt. Franklin designed a note that was symbolic to him, featuring a sundial with the sun shining down upon it. The sundial was surmounted by the word “Fugio” above (Latin for “it flies” – referencing time) and one of Franklin’s favorite expressions, “Mind Your Business,” below.

The back of the note displays the 13 colonies as links in an unbroken chain, and you can see the “Printed by Hall and Sellers” advertising. The words “We Are One” surrounded by “American Congress” displayed the unity of the not-yet-independent nation. 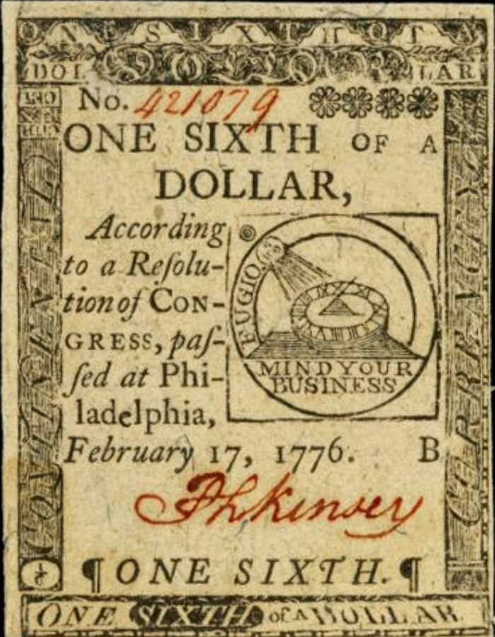 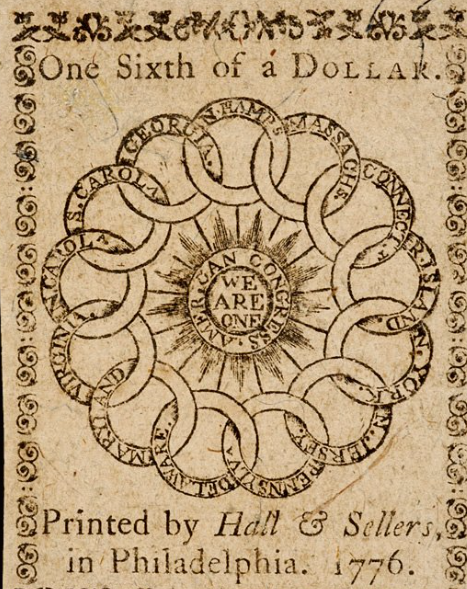 These simple designs became important, not only to Franklin, but to the country. As the War for Independence ended, the nation turned to such peacetime pursuits as creating coinage. The very first coins issued by the authority of the newly formed United States were Franklin’s copper Fugio Cents.

The authorized coinage was to have “thirteen circles linked together, a small circle in the middle, with the words “United States” around it, and in the center the words “We are One’.” The other side displayed a sundial with the word “Fugio,” the year and below the dial the words “Mind Your Business.”

The coins were struck in New Haven, Connecticut, since no U.S. Mint existed at the time. The coins were dated 1787 but tinkering with the dies and the order of the wording produced at least 15 different varieties of these first Fugio Cents.

But these beautiful coins were short-lived. President George Washington appointed a Mint Director in 1792, and the U.S. built a mint facility in Philadelphia in 1793. The mint’s first mission was to produce Half Cents and Large Cents, which would replace these Fugio copper coins. 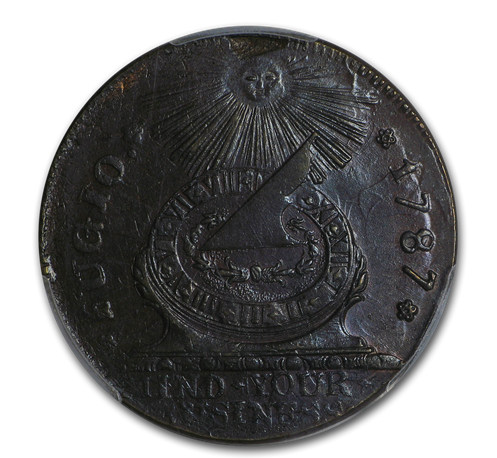 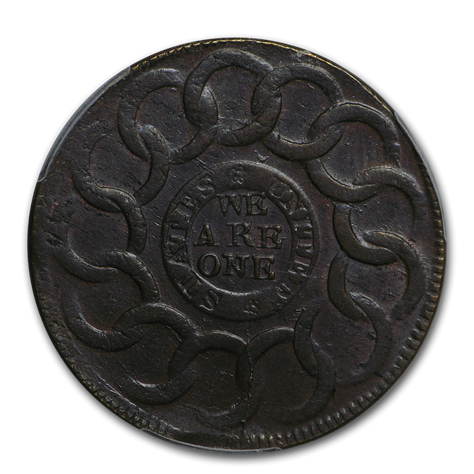 From our vantage point in the 21st century, we tend to look at these first Fugio cent efforts and the legends they used as simplistic. But when you consider the political divide in our nation today, perhaps a coin bearing the reminder “We Are One” might be very useful and appropriate.