To everyone’s surprise, the American Revolutionary War ended with an American victory in September 1783, made official by the signing of the Treaty of Paris. In 1777, France had joined the Americans against their rival, Great Britain. Led by Marie-Joseph Paul Yves Roch Gilbert du Motier, Marquis de Lafayette, known simply as Lafayette, France helped the rag-tag, untrained colonists defeat what was considered to be the “Greatest Army on Earth.”

But by 1789, the United States was a fledgling country and the French were tired of the monarchy and tired of paying steep taxes to let the monarchy survive. Years of bad harvests had ruined the economy and France’s involvement in the Seven Years War and then in the American Revolution had bankrupted the country. France was in turmoil.

From across the ocean, soon-to-be President Thomas Jefferson said, “France had been awakened by the American Revolution.”  The common people took control of the country and fought with the people who wanted the monarchy to remain and with members of the French government. These battles raged for years and intensified, culminating in the execution of King Louis XVI in 1793. Even religious leaders who wanted France to return to the monarchy and the “old ways” were expelled from the country.

For those opposing these radical changes, justice was swift. The favored method of execution was the guillotine and public executions were common and frequent. 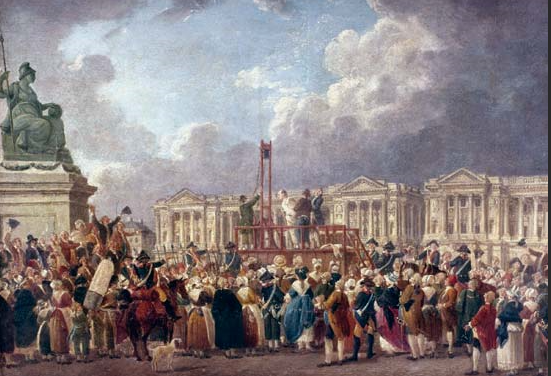 Despite all the turmoil, the nation of France tried to remain intact. French officials continued to transact business and desperately tried to ignore the Revolution that was tearing their country to pieces.

At the Paris Mint, the Chief Engraver was Augustin Dupré, who began his career engraving muskets for the French army. His work was beautifully executed and he gained notice throughout his career, but Dupré wanted to express his artistic talents even more. He learned to engrave French medals, eventually obtaining a job at the Paris Mint. 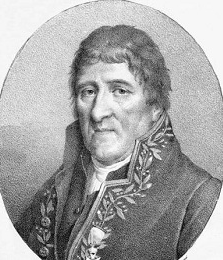 Dupré joined the Paris Mint in 1791, during the French Revolution. He was responsible for the closing of many French branch mints and centralizing production at the Paris Mint. Dupré was inspired by the early Greek and Roman coins and used allegorical representations for liberty and freedom.

This first use of an angel design shows an allegorical representation of the god Genius writing the French Constitution. The image was was surrounded by the fasces on one side and a Gallic rooster on the other. This later became a popular Gold coin in France when it was struck beginning in the 1840s.

During the French Revolution, not only the work of Dupré become famous, but this coin also acquired the nickname the “Lucky Angel.” As the legend has it, Dupré was in the Paris Mint facility when he was caught by members of the Rebellion, who despised all members of the French government. He was captured and sentenced to death. 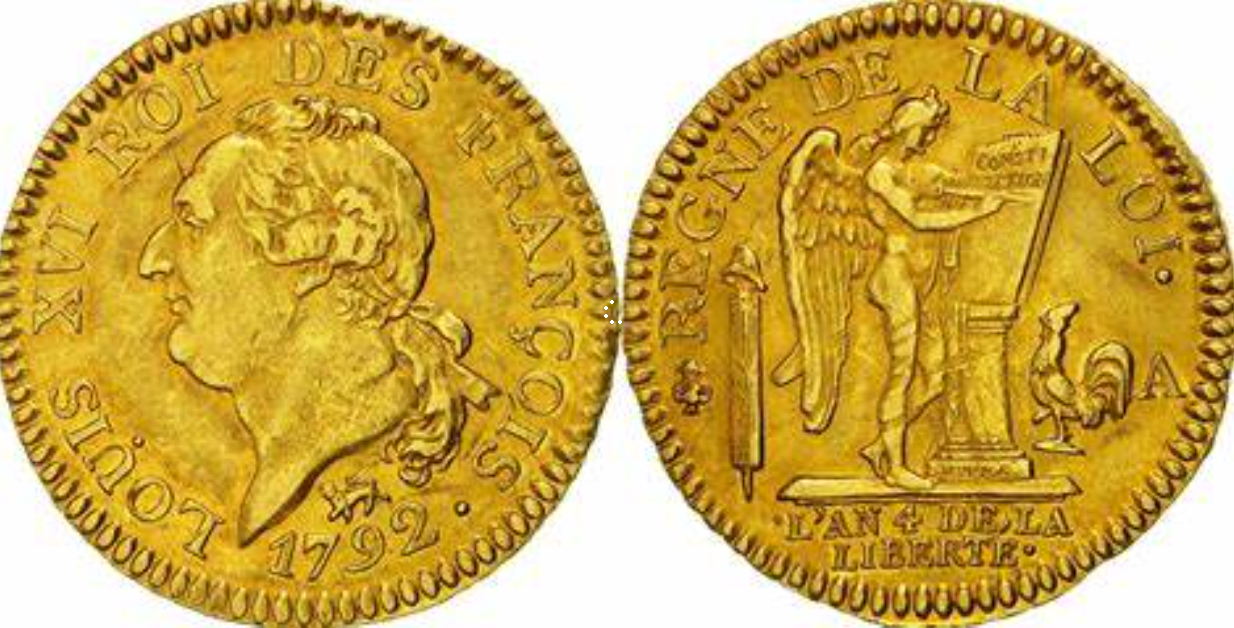 The night before his execution, he spoke to the guard in his cell. Dupré was able to bribe his guard to let him escape into the night by giving him a 1792 Louis D’Or Angel coin, which Dupré carried in his pocket ever since designing it. As it saved the designer's life, it became known as the “Lucky Angel” coin.