History has not been kind to King Darius or to the Persian Empire. Around 500 B.C., the Persian Empire, also known as the the Achaemenid Empire, was the largest in the known world, extending from Egypt to northern India and over to Central Asia.

They were explorers and warriors, unafraid to take land and subjugate the peoples they met. To the East, the Lydians, under the leadership of King Croesus, envied the Persian Empire and sought to conquer some of their land. Croesus was well-known as a fierce warrior. He also struck the first Gold coinage that, of course, featured his likeness. Croesus was, at one time, the richest man in the primitive world, having literally thousands of pounds of Gold turned into coins.

Croesus led his army into battle against the Persians. As winter neared, the Lydians withdrew their army but the Persians did not follow suit. Instead they advanced and placed the Lydian capital of Sardis under siege. After two weeks, Sardis fell and was overwhelmed by Persian forces.

The Lydians had been strong allies of the Egyptians and Babylonians. Now the Persian army had to face those forces. However, neither was a match for the growing Persian army. Lead by King Cyrus, the Persian army seemed invincible. But Cyrus died leaving the army in the hands of his ill-equipped son, Cambyses.

Surprisingly, Cambyses continued his father’s success on the battlefield. But shortly after the victory over the Egyptian army at the ancient city of Memphis, King Cambyses died and then Darius assumed control of the Persian army. 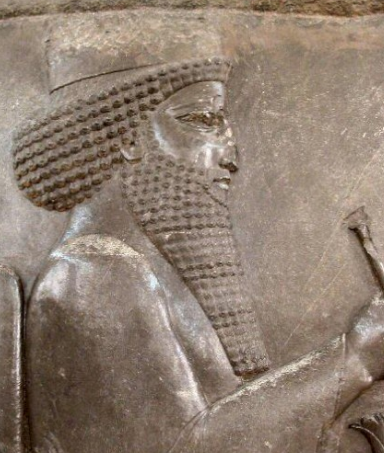 Darius ruled Persia from 522 B.C. to 486 B.C. During that time, the Persian Empire was at the height of its power and at its largest geographical size. Darius was a good ruler who cared about his people. He built roads and appointed a system of governors to rule each segment of the Empire.

As the Persian Empire prospered, some of the vanquished tribes revolted against Darius’ rule. Several parts of the Ionian Islands rebelled and it took a four-year war to quell the revolt. Upon Darius’ death, rule of the Persian Empire went to two other kings as well as to relatives such as his son, Darius II, and his cousin, Darius III.

This brilliant Greek general was able to not only defeat Darius III, but he conquered the Persian Empire, though at a great cost to himself and his armies. Alexander the Great had to fight in virtually every province in the Persian Empire, one by one. This process was finally accomplished after a three-year struggle across all the lands conquered by Persia. 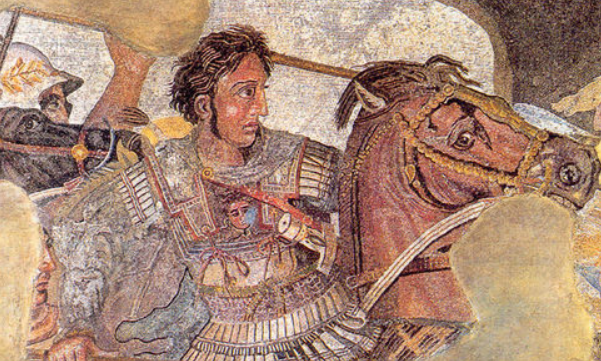 As Alexander the Great subjugated the Persian Empire, he gathered as many Gold Persian coins as possible, as tribute and as bounty, and melted them and re-struck them in his own image.

The Gold Persian coins that had been struck for two centuries and spent from Egypt to Asia were called Darics, after King Darius I. The coins were similar in that they always depicted their most illustrious king – Darius I – running, symbolizing swiftly capturing the known world. He was also depicted carrying a bow and arrow as well as a spear, paying homage to the great fighting ability of both the king himself and his successful army. The reverse is simply an incuse punch used during the minting process.

These Daric Gold coins were exchanged for Macedon Gold coins. The Daric coins were gathered, melted and re-struck bearing the head of Alexander the Great. Persian Daric Gold coins are especially scarce for that reason. The conquering Macedons sought to eliminate them from their new empire. The coins that survive today were hidden for centuries and they escaped in very limited numbers.