The year is 248 and the Colosseum is crowded with the citizens of Rome. From the patrician members of the Roman Senate to the plebian workmen – everyone wanted to enjoy the spectacle that was the Secular Games.

The Secular Games, also known as the Saecular Games, were held every 100 or 110 years to mark the end of a saeculum, which was thought to represent the longest possible length of a human life. The Secular Games were quite the spectacle. Lasting three days and three nights, they included daily plays and poetry, singing choirs, exotic animal displays, sharing of harvests and nightly animal sacrifices to various Roman gods. The most thrilling events were, of course, the gladiator battles to the death. The Secular Games united Rome’s citizens and bonded them to their Emperor. 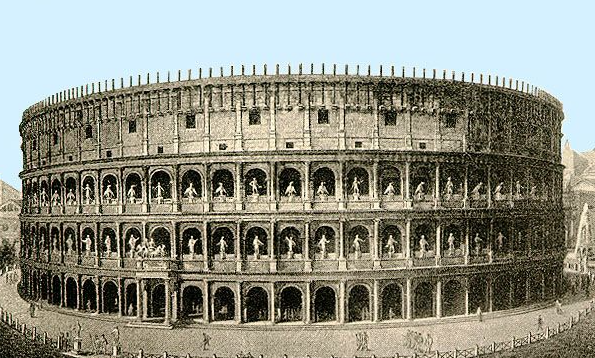 Marcus Julius Philippus Augustus, or Philip I, ascended to the throne of Imperial Rome in February 244. He was also known by his nickname Philip the Arab, having been born in the Roman Province of Arabia. His predecessor, Gordian III, made him Praetorian prefect – the commander of the Praetorian Guards, the elite Roman soldiers who also served as bodyguards for Roman emperors and Senators.  Upon Gordian’s death, Philip I was able to consolidate power and seize the throne. 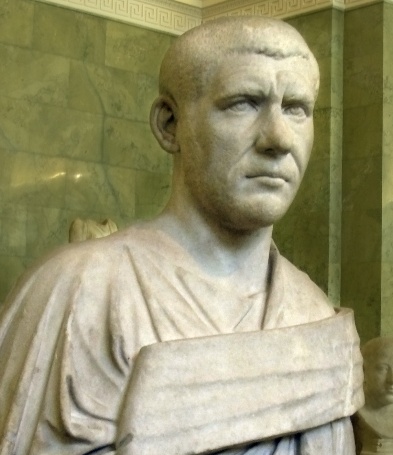 Philip inherited a Rome that was short on money after paying tribute to northern Germanic tribes. He raised taxes and ceased paying these tribes any tribute money to keep the peace. This forced Philip to leave Rome with his legions and restore order to the empire. Besides beating back these Germanic warriors, he also had to fight a short war with the King of Persia.

But by August 247, Philip I was back in Rome and preparing for the most important event of his reign. In 248, Rome would observe the 1,000th anniversary of the founding of Rome in 753 B.C. This was a historic event and all of Rome was captivated by the multiple events held over the three days of the Secular Games.

More than 1,000 gladiators gave their lives during this spectacular event. Hundreds of exotic animals also battled the gladiators, including hippos, leopards, giraffes, lions and even one rhinoceros. The crowds were not happy until either the gladiators or the animals were dead. It was a grotesque spectacle, one that Rome had never seen before in such quantity. 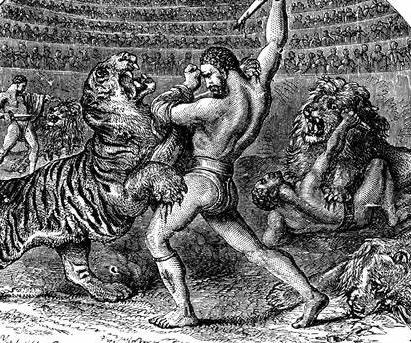 But in order to honor the Emperor and the Secular Games, which honored the Roman people, many coins were issued. Some had a column on the reverse to represent the Colosseum while others featured animals like lions, tigers or a hippo. These Roman coins were valued remembrances of a great Emperor as well as a historic event in Rome’s history.  One particularly commemorative coin is the Double Denarius of Philip I, with an advancing lion on the reverse, much like the lions killed in the Colosseum. 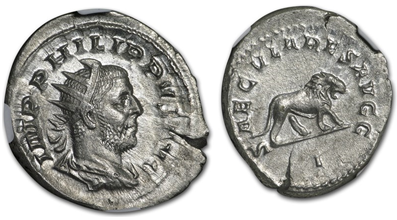 For nearly 1,800 years, this coin has been a treasured souvenir of one of the most important celebrations in all of Roman history – the 1,000th anniversary of the founding of Rome.