Everyone who knows U.S. history recalls President Franklin Roosevelt’s immortal words, “Yesterday, December 7th, 1941—a date which will live in infamy—the United States of America was suddenly and deliberately attacked by naval and air forces of the Empire of Japan.”

This surprise attack on Pearl Harbor in Hawaii shook America’s resolve. The two oceans on either side of the country didn’t protect us. We needed to react appropriately and we certainly did. After the obligatory declaration of war, we made plans to defend our territory in Hawaii. 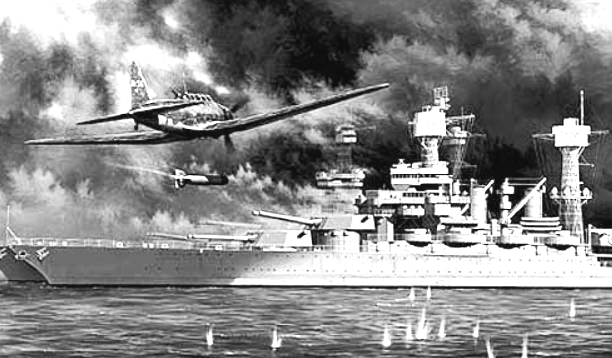 The American government and military believed a Japanese invasion of Hawaii, as a staging ground for an invasion of the West Coast, was not only possible but also likely. Japan had already been invading islands around the Pacific. After much debate, the Military Governor of Hawaii, Delos C. Emmons, issued a recall of all U.S. currency. The government then reprinted the currency to make it very easy to identify. 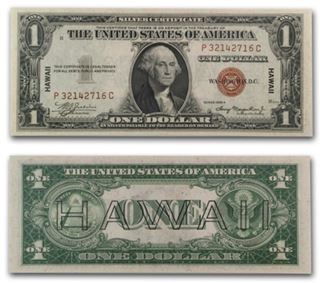 These changes made the notes very easy to identify. If the Japanese attacked Hawaii, these overprinted notes would be deemed worthless so the Japanese could not financially benefit from overrunning Hawaii.

By August 15, no non-overprinted notes were left in Hawaii. As the war raged on, instead of the Japanese making more advances toward Hawaii, the Americans made advances through the Pacific islands toward Japan. By the beginning of September, the Japanese had surrendered and the war was over.

Following the war, the U.S. government recalled the overprinted notes and replaced them with regular-issue U.S. currency. But on the islands, the military faced more than $200 million worth of overprinted notes. They decided to destroy the notes in Hawaii rather than risk shipping such a large amount of notes to the mainland. At first, Hawaii’s only crematorium was used to burn the notes with screens placed on the smokestack to catch any unburnt scraps.

But the crematorium furnace could not handle such as large amount of paper, so the Aiea Sugar Mill, with its commercial furnaces, was pressed into service.

The surviving Hawaii notes were saved by servicemen and Hawaiian residents as war souvenirs, which account for the specimens we have today. The government literally had money to burn and within three months, all recalled notes had been destroyed.