The Mexican War of Independence was an armed struggle between Spain and the people of Mexico. It began in 1810 when armed rebels attacked local Spanish governmental establishments demanding independence for New Spain (as Mexico was then called). Spain itself had actually been invaded by Napoleon Bonaparte, who tried to rule not only Spain, but its conquests in the New World as well. The war lasted until 1821 when Mexico won its freedom from Spain's rule. 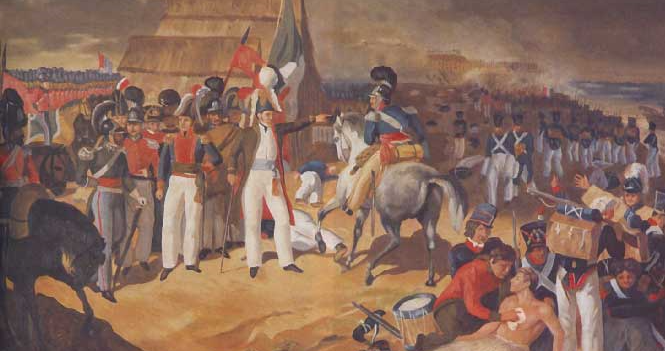 As the United States had done 50 years earlier, it became a battle between a European super power and peasant farmers who simply wanted their freedom. The super power lost the war and the territories that had been called “New Spain” became the Mexican Empire.

Mexico endured a second revolution between 1910 and 1920, again with the in-power government perceived as working for the bureaucrats, not for the people.

In 1921, with the internal governmental conflicts finally resolved, the new Mexican government resumed its business affairs. Mexico had a more than adequate supply of Gold and had been striking Gold coins for a number of years.

With the country finally at peace, the feeling of patriotism was fervent! Artist and engraver Emilio de el Moral was commissioned to design a large, heavy Gold coin that would represent the new Mexican spirit. His work was a masterpiece! 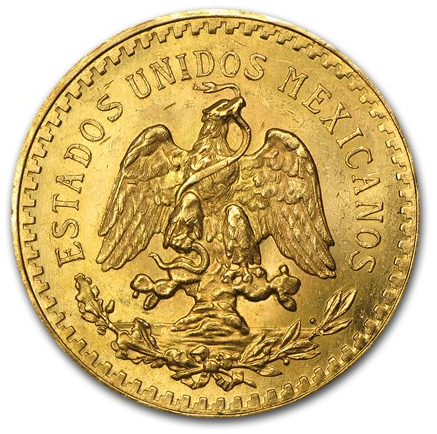 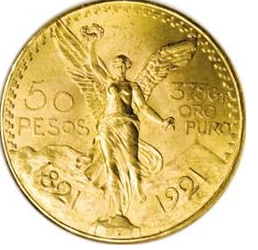 The coin’s obverse design is nice but unremarkable. It bears the Mexican symbol of an eagle perched on a cactus, holding a snake it its beak. The reverse however is outstanding and will be instantly recognizable for anyone familiar with the popular Mexican Libertads!

De el Moral chose the iconic Winged Victory (or Angel of Independence) design. The angel is flanked by the years 1821 and 1921 to honor the year of Mexican independence and its 100th anniversary. The angel holds a laurel wreath high over its head with its right hand, while holding a broken chain in its left hand. In the background are the two famous Mexican volcanoes, Popocatépetl and Iztaccíhuatl. On the edge are the words “Independence” and “Freedom.”

The very large Gold coins were struck of .900 fine Gold and weigh 1.2057 oz. The actual size of the coin is also impressive, with a diameter of 37.1 mm with a thickness of 2.69 mm. Not knowing how well the coins would be received worldwide, the mint only struck 180,000 of the first-year 1921 50 Pesos Gold coins, but they were extremely well-received. Coins were struck between 1921 and 1947, with restrikes also bearing the 1947 date.

Today the Mexican 50 Peso is one of the most popular and well-known Gold bullion coins in the world and is respected for not only its size but also for its artistic beauty.