APMEX Showcase: The Russians are Coming

The Romanov Imperial Dynasty began in Russia in 1613 when Michael Romanov ascended to the throne at the young age of 17. He ruled until 1645 and the Russian Empire grew significantly, conquering Siberia and expanding Russia’s vast holdings to the Pacific Ocean. 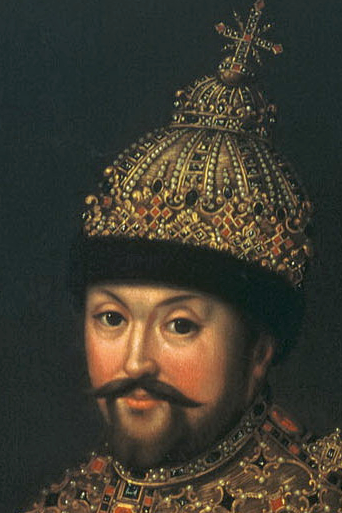 Michael was the first Tsar from the House of Romanov but they ruled Russia for 304 more years! The last Romanov to rule was Nicholas II, who ascended to the throne in 1894 and ruled as his father before him.

But Nicholas inherited an empire during a tumultuous time. He waged war on Japan and despite Russian annihilation, he still believed in the moral and physical superiority of the Russians against the Japanese. Additional land defeats forced Nicholas to accept American mediation in the war and to sign the Treaty of Portsmouth (NH), ending the combat.

At home, Nicholas fared no better. Socialists spread their gospel of equality among both the common and elite classes, leading to violent confrontations in the streets of St. Petersburg and later in Moscow.

Years of rule by Nicholas and his ancestors had jaded his view that Russian peasants needed royalty to rule. He was tone-deaf to the societal unrest and was surprised by many of the protests and battles in the streets. After 300 years of rule, Nicholas could not fathom a Russia not led by a Romanov. 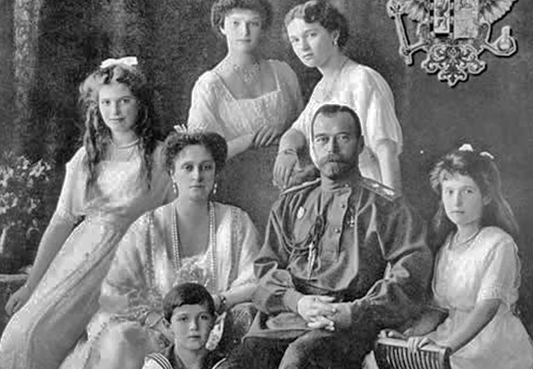 Nicholas’ inability to sense the winds of change led to his demise. The State Duma (akin to the American House of Representatives) sought reforms from the royal family that Nicholas of course had no desire to accept. Around this time a religious prophet (or charlatan, depending on your view) rose to power and influence among Nicholas and his family.

This man, Grigori Rasputin, offered a great deal of advice to the Tsar and actively aided Nicholas’ young son, Alexei, who had hemophilia. He advocated for him, prayed for him and stopped physicians from employing medical treatments that actually hurt him. Rasputin’s suggestions for treatments had some early success with Alexei.

Nicholas observed that the Germans were preparing their military and had joined forces with the Austrians and Hungarians. This formidable army was a massive threat to Russia.  But instead of pursuing peace, Russia prepared for war. Although his ministers counseled against it, Nicholas was determined to bring pride and patriotism to a Russian peasant population that was growing to despise the royal monarchy.

As World War I began in 1914, Russia suffered a series of major battleground defeats. With his army in disarray, a major retreat was underway, allowing the Polish capital of Warsaw to fall. The battle lines quickly got closer to Russia and at one point, Nicholas’ generals advised him to undertake a separate peace with Germany. But with allies Britain and France fighting Germany, that was unthinkable.

By 1917, Russia was on the verge of total collapse. Its armies had been humiliated in battle after battle, its generals outguessed at every turn. On the home front, communists and socialists were gaining traction with the peasant population and frequent strikes became the norm in Moscow and other important cities.

As peasants and workers marched in the streets begging for reforms, the armies limped back to Russia. They too were disillusioned. Suddenly regiment after regiment of veterans no longer wanted to serve the empire.

A new breeze was sweeping Russia and Nicholas could no longer ignore it. He knew he must abdicate his throne. At first, he wished to abdicate in favor of his son, Alexei, but doctors advised that Alexei would not physically survive. So Nicholas abdicated in favor of his brother Michael.

His family lived in isolation until October 1917, when the Bolsheviks took power and Nicholas and his entire family were imprisoned.  They were continually moved throughout their exile until July 17, 1918. At 2 a.m., the family was awakened and told to get dressed, as they were being moved for their safety. In reality they met a firing squad who killed the Tsar, his wife and all their children. The Romanov dynasty was no more!

As reminders of the Romanov dynasty, Nicholas’ portrait was placed on Gold 5, 10 and 15 Roubles coins from 1897 until 1922. His portrait graced the obverse while the Russian Imperial Eagle adorned the reverse. These coins were especially popular during the early years of Nicholas’ rule and circulated freely throughout Europe. These Russian Gold coins are important reminders of the Romanov dynasty and of the Russian Empire.