APMEX Showcase: What is a Kookaburra Anyway?

You probably know that a kookaburra is some sort of bird. But why is it so popular? Along with the kangaroo and the koala, the kookaburra seems to be one of the most popular animals that represent Australia to the world. Why is that?

A kookaburra is a bird that can grow to as much as 18” long. It is part of the tree kingfisher family and is native to Australia and New Guinea. It is a carnivorous bird, subsisting of eating mice, snakes, insects and small reptiles. Known as the laughing kookaburra, the iconic sound is often used in jungle movies and is recognizable by moviegoers everywhere. 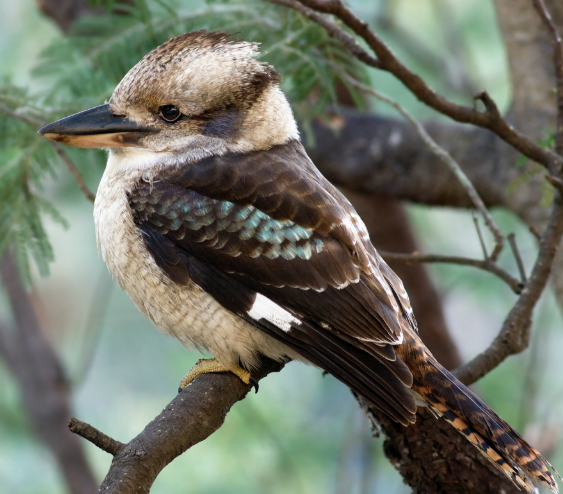 The Perth Mint, located in Perth, Australia, felt this bird that all Australians were familiar with would make great subject matter for one of their Silver coins. In 1990, the mint issued a coin bearing the likeness of a kookaburra. The mint struck 300,000 1 oz Silver coins in uncirculated condition, which was the maximum allowable, and 21,671 Proof versions.

The Perth Mint was pleasantly surprised at how not only the Australian market but the world market took to the likeness of their little feathered friend. The coin was struck in .999 fine Silver and featured Queen Elizabeth II on the obverse and the kookaburra on the reverse. The coins sold so well The Perth Mint decided to produce them annually. Each coin since 1990 uses a different image of the kookaburra. 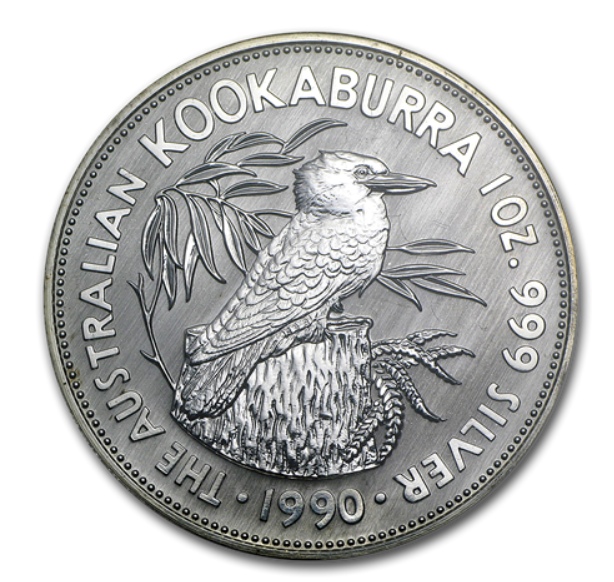 Silver investors love the annual design changes and many collectors buy one or more of these coins every year to keep their collection current. The mint also experimented with producing larger size coins and began striking a 2 oz coin, a 10 oz coin, and a kilogram (32.15 oz) coin.

In comparison to some other Silver bullion coins, those numbers are relatively small. The Proof Kookaburra mintages have been much smaller numbers, with most years being under 2,000-3,000 coins. No Proof coins were minted between 2006 and 2011. Since 2012, all Proof Kookaburras have been struck in high relief.

The 2019 Perth Mint Silver Kookaburra features a striking new design as well as an even higher purity – this coin is now struck from .9999 fine Silver, a change that first took place in 2018. The obverse has the updated bust of Queen Elizabeth II by designer Jody Clark. The reverse depicts the laughing kookaburra on a perch with the sun rising as a river slowly ripples by.  It is, as all kookaburras are, backed by the full faith and credit of the Australian government and is made to the exacting standards of The Perth Mint.

The Kookaburras are the longest-running coin program of The Perth Mint and their annual design changes always create excitement.