The Austrian Mint is particularly renowned for its Kinebars. These Gold bars are engraved with the mint’s signature security element, the KINEGRAM, which is a special effect developed and patented by Landis & Gyr. The KINEGRAM depicts a Lipizzaner horse, a breed trained at the Spanish Riding School in Vienna. This holographic image of the horse and its rider appears to jump when the bar is viewed from different angles.

Dating back to 1194, the Austrian Mint has its roots in a feud between English and Austrian royalty. Richard the Lionheart paid Duke Leopold V of Austria 12 tons of Silver to escape the year of incarceration he faced for insulting the Austrian blue blood. The Duke decided to strike coins from this payment and, in doing so, he laid the foundation for the modern Austrian Mint. 200 years later, the Vienna Mint was mentioned for the first time in historical records. Over 500 years later, the mint was settled in central Vienna.

Its lengthy history means the Austrian Mint went through centuries of minting techniques. In fact, up until the 16th century, the minting hammer was used to strike coins. The roller press, rocker press and then the screw press followed it. The mint began using ring striking to create an even, round shape in 1830. The most essential elements of this technique are still in use today, though in a more modern manifestation that can create up to 750 coins per minute. 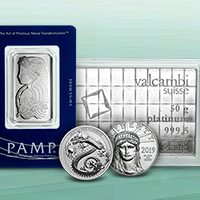 Is Today’s Platinum Price Worth It? 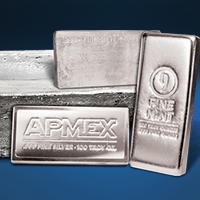 The Demand for Silver Throughout History

What is Fine Gold?