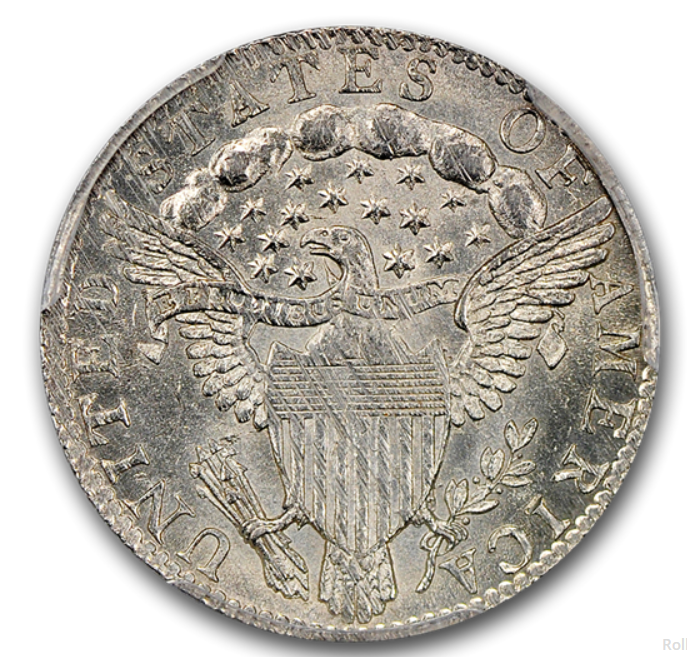 In 1796, the Philadelphia Mint struck 22,135 dimes, all with the small eagle reverse and 15 stars on the obverse, representing a star for each state in the Union. In 1797, there were 25,261 coins struck, split between those with 16 stars and 13 stars on the obverse. The coins were expected to be minted with 15 stars, but as soon as Tennessee became a state, the U.S. Mint added another star. U.S. Mint officials realized that if they continued to add stars for each state on our coinage, it would interfere with the intended design, so it was decided in 1798 to return to the original 13-star concept.