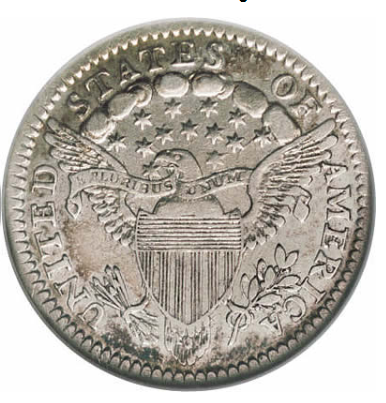 Then in 1797, a mere 44,527 coins were struck and there are 3 varieties among the stars. The first coins struck had 15 stars, one for each state in the Union. Later in the year, Tennessee became a state so a 16th star was added, and finally a 13-star variety was created because the U.S. Mint realized it could not strike an attractive and aesthetically balanced coin if they were to keep adding stars to the design. It permanently became 13 stars from that point forward.