What are the Common Coin Types?

Some coins represent a nation through commemorative events or historical figures, while others are more general. There are several coin types available, with the most common listed below: 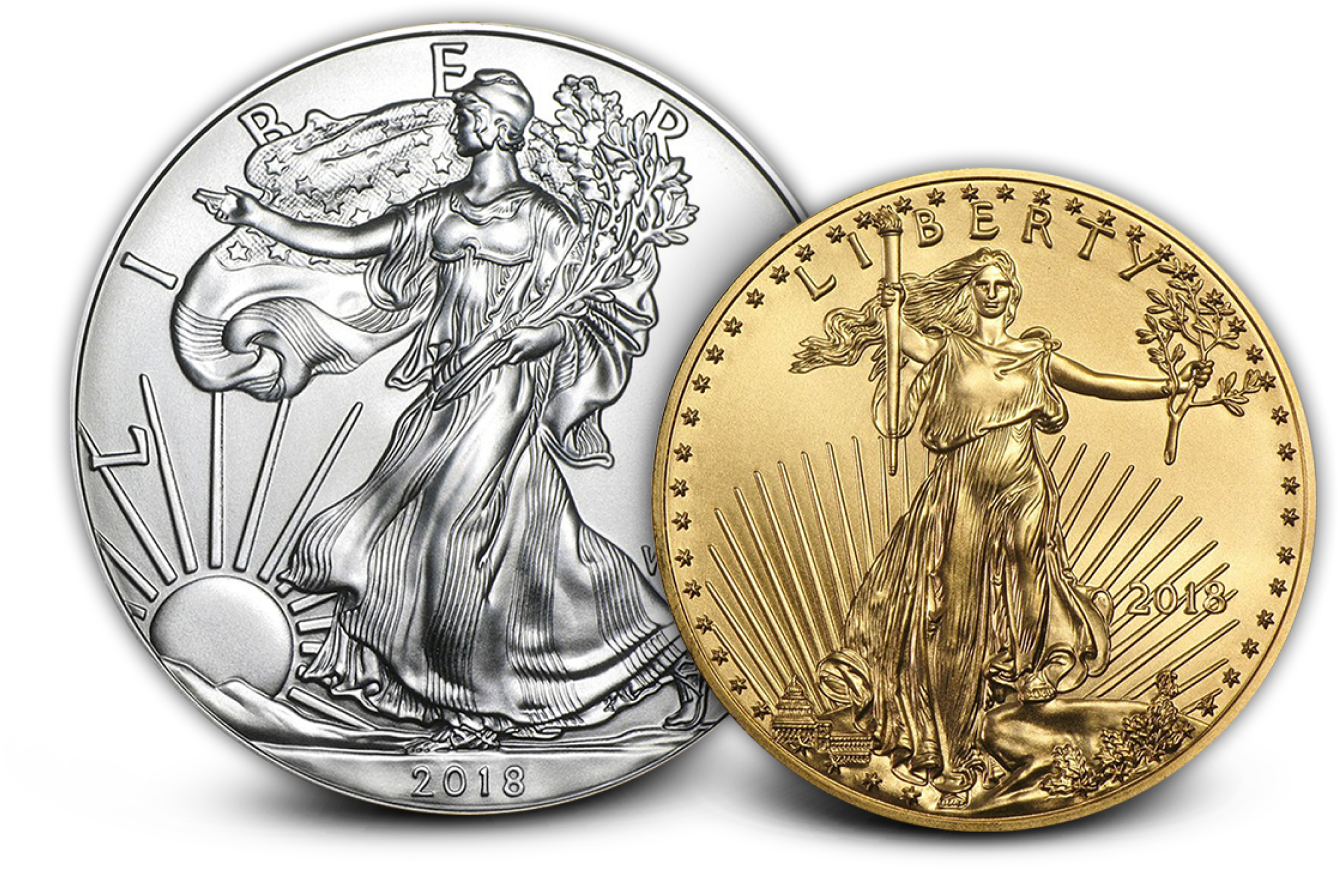 WHAT IS AN AMERICAN EAGLE?
The American Eagle coin comes in a variety of denominations, designs and metals. American Eagle coins are produced by the U.S. Mint. Two American icons, the eagle, an unwavering representation of the United States, and Lady Liberty, have appeared on American Eagles since their first minting in 1986. The Silver Eagle features a design based on the original 1916 Walking Liberty Silver Half Dollar while the Gold Eagle takes its design from the 1907 Saint-Gaudens Gold Double Eagle. The Platinum Eagle features a close-up of the iconic Statue of Liberty. 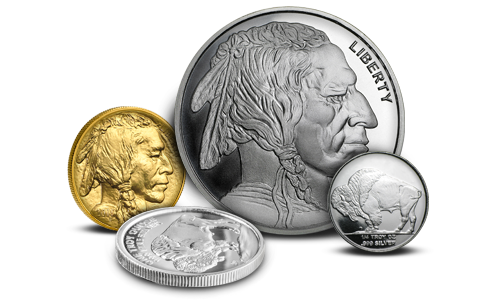 WHAT IS A BUFFALO?
The Gold Buffalo coin is based on the 1913 Buffalo Nickel designed by famed sculptor James Earle Fraser. This classic design celebrates Native American tribes and the majestic buffalo. The Gold Buffalo coin was the U.S. Mint’s first 1 oz Gold coin to contain .9999 fine Gold and has been popular since its introduction in 2006. Fraser’s design was also used for the Silver Buffalo, released in 2001, giving investors the opportunity to add value to their portfolio while also owning a small piece of American history. 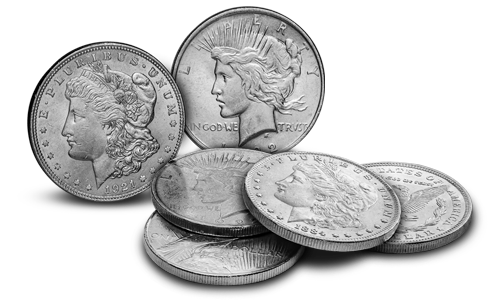 WHAT IS A MORGAN?
Morgan Silver Dollars are the most collected coin in the world. Designed by George T. Morgan in 1878, the value is usually determined by the rarity of the date and mintmark together or the condition of the coin. Featuring iconic American imagery, the obverse features Lady Liberty while the reverse depicts an eagle. The Morgan Dollar holds a special place in U.S. coinage as it was the first coin to feature Lady Liberty with an American look, rather than the traditional Greek style.

WHAT IS A MAPLE LEAF?
Widely considered the world's most beautiful coin, the Maple Leaf is a work of fine production by the Royal Canadian Mint. The coin depicts Canada's iconic maple leaf on the reverse and Queen Elizabeth II on the obverse. Both the Silver and Gold Maple Leaf are considered legal tender honored by the Canadian government. The Maple Leaf is one of the most highly sought-after coins by investors and collectors because of its attention to detail and precision. 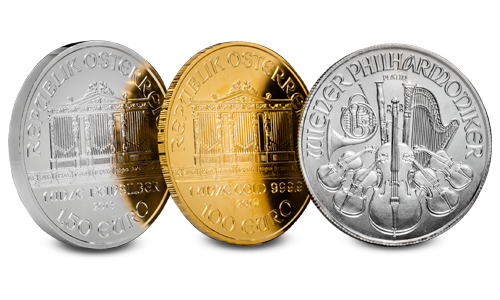 WHAT IS A PHILHARMONIC?
The Philharmonic is a bullion coin made of Silver, Gold or Platinum by the prestigious Austrian Mint. The Gold Philharmonic was created as a Gold tribute to the renowned Vienna Philharmonic Orchestra, one of the world's most well-known orchestras. The obverse depicts the Great Organ of the Golden Hall in Vienna's concert hall, the Musikverein. These coins come in 1 oz Silver, 1 oz Platinum and a variety of Gold weights, from 1/25 oz up to 1 oz. According to the World Gold Council, Gold Austrian Philharmonics were the best-selling Gold coins in the world in 1992, 1995 and 1996. 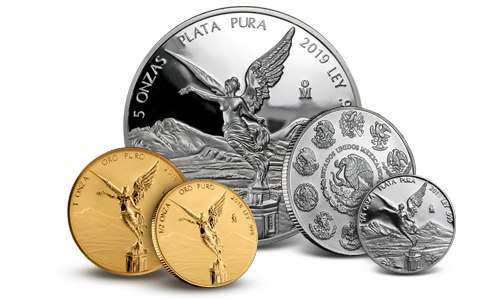 WHAT IS A LIBERTAD?
Libertads are Silver or Gold coins produced by the Mexican Mint, renowned for being some of the most beautiful coins in the world. The obverse shows the Mexican National Seal, while the reverse features two of the most iconic images of Mexico City: the Angel of Independence statue and the volcanoes Popocatépetl and Iztaccíhuatl. These designs make Mexican Libertad coins highly symbolic of their culture. A stunning design combined with bullion value makes Libertads collector and investor favorites. 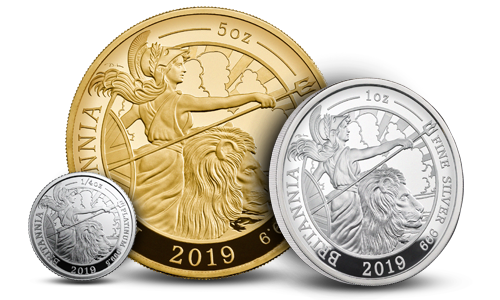 WHAT IS A BRITANNIA?
Introduced by the British Royal Mint in 1987, the Gold Britannia features an attractive design created to appeal to both collectors and investors alike. The obverse of the Gold Britannia bears a depiction of Queen Elizabeth II. The reverse pays tribute to the Britannia image that first appeared on coins produced under the rule of the Roman Emperor Hadrian. The Silver Britannia has been produced since 1997. This series offers a variety of different designs, adding collectible value on top of the Silver content. 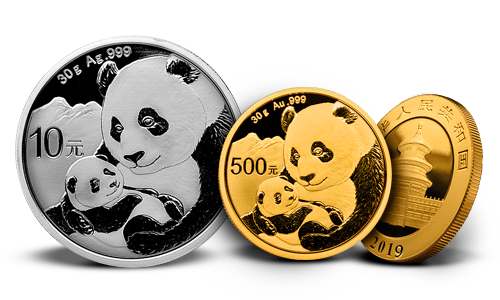 WHAT IS A PANDA?
Chinese Panda coins are produced by the Central Mint of China, but are widely popular all over the world. The Chinese Panda series began with a Gold coin in 1982, followed by Silver in 1983. This series has stood the test of time due to its quality Gold and Silver content along with the iconic designs. Each year depicts the animal most closely associated with China, the great panda. Sometimes a single panda is shown, other times may use an adult and cub, but all coins feature exceptional detail of the beloved animal. The obverse of each coin depicts the Hall of Prayer for Abundant Harvests in the Temple of Heaven in Beijing, bringing in another timeless Chinese element. 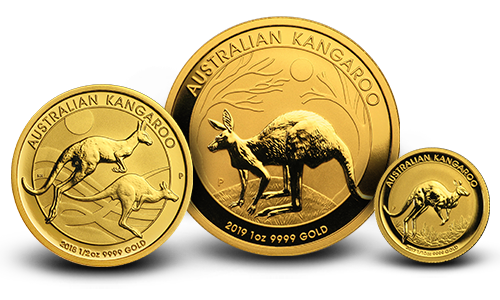 WHAT IS A KANGAROO?
The Silver Kangaroo was first released in 2016. Struck in .9999 fine Silver, this classic Australian coin from The Perth Mint is highly desirable to both investors and collectors. Gold Kangaroos were introduced in 1987. The Gold Kangaroo is among the few major Gold bullion coins that change their reverse design annually. 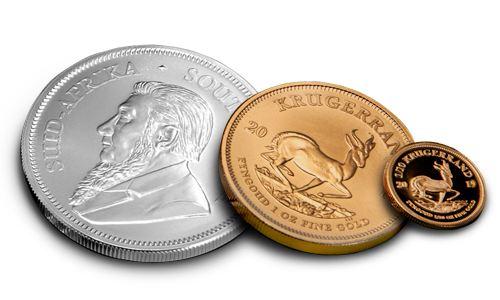 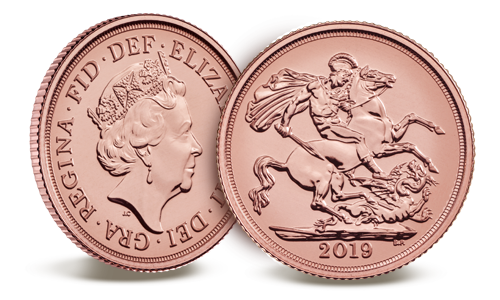 WHAT IS A SOVEREIGN?
The Gold Sovereign is produced by many countries around the world, but the British Sovereign is perhaps the most well-known. The British Gold Sovereign coin holds tremendous value in today's Precious Metals market. The coin has worldwide recognition and remains one of the oldest coins on the market, having been first produced in 1489. The British Royal Mint still produces a large number of Gold sovereign pieces. 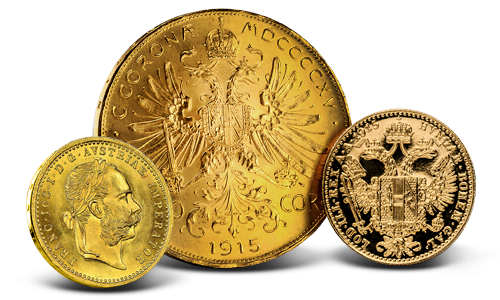 WHAT IS A DUCAT?
A ducat is a Silver or Gold coin that was used as a trade coin throughout Europe from the latter parts of the medieval period to as late as the 20th century. Many types of ducats contained several metals, making their Precious Metal content lower than that of many other Gold or Silver coins. Ducats come from a variety of European countries, making them a great way to expand any collection. 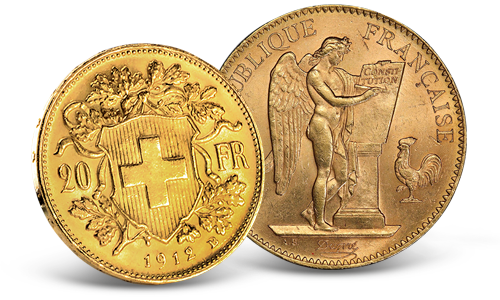 WHAT ARE FRANCS?
Before the introduction of the euro, Francs were used in France, Belgium and Luxembourg. The Monnaie de Paris minted Gold francs used in circulation before the euro was adopted in 2002. Available from 1 Franc to 100 Francs, these coins combine collector appeal with Precious Metal value.