Why Buy Physical Gold and Silver?

Up Next: How Much Should I Buy?

This inverse correlation holds firm even when the stock market has crashed. Though Gold and Silver don’t automatically rise with every fall in the stock market, history points to bullion as a hedge during stock market declines. Bullion allows you to be prepared for such catastrophes, providing you with a hedge against economic uncertainty. 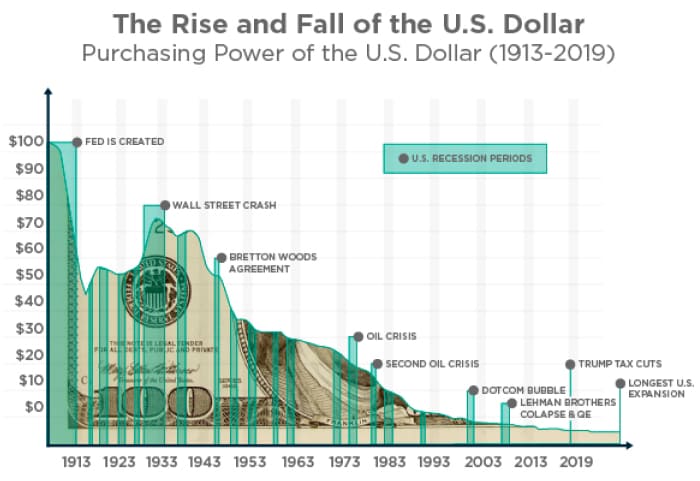 If you are concerned about the volatility of the stock market, you’re not alone. The extreme highs and lows of the stock market often lead investors towards safe-haven assets, like bullion. "we can see how inflation and changes in the Consumer Price Index have decreased the dollar’s purchasing power over the last century." Source: howmuch.net

One of bullion’s strongest benefits is that it can protect your investments. Periods of economic, monetary, or geopolitical crises can wreak havoc on your portfolio. Bullion can allow you to use your investments in Gold and Silver as both a defensive tool against uncertainty and an offensive profit when other investments fall.

Bullion is typically referred to in terms of defense because of its historical staying power; however, Gold and Silver can also be used as offensive strategies when building wealth. Gold and Silver offer substantial profit potential. 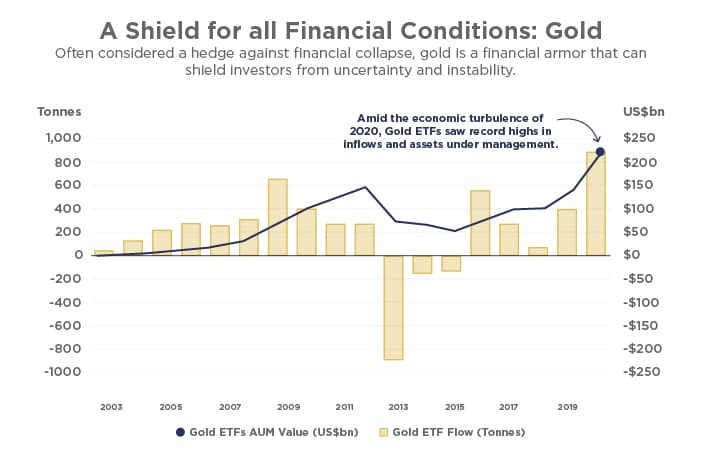 Metals hold value over time and provide wealth that can be securely passed down to future generations. Source: Visualcapitalist.com

Though Gold is no longer used as currency in the modern world, the yellow Precious Metal has been a store of value for at least 3,000 years. Gold has been the second-best performing asset class since 2000, with annualized returns at nearly 8%, second only to real estate investment trusts with returns at 10%.

Because the global supply is relatively finite, Gold’s purchasing power has historically remained stable during inflationary times. Silver is also no stranger to longstanding value. Silver has been considered a precious element for over 6000 years. It was first used as a currency in 700 B.C. and has had a role as a trading metal in nearly every ancient and modern culture. Many find comfort in knowing that Gold and Silver have been recognized for their value throughout a great deal of humankind’s history. 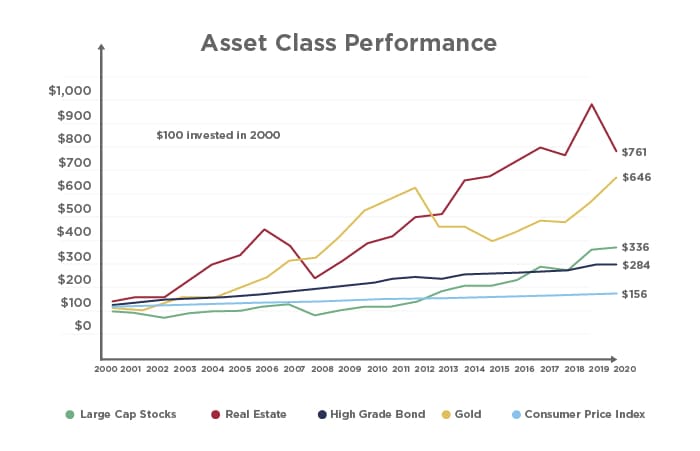 Metals hold value over time and provide wealth that can be securely passed down to future generations. Source: OneGold.com

Despite finite supply, the demand for Gold has only grown. Gold is prevalent in many cultures, including China, where Gold bars are a conventional form of saving, and India, the second-largest Gold-consuming nation in the world. Demand for Gold has also grown among investors. Even during the COVID-19 pandemic, which ravaged the financial market, the Gold price returned 25% in 2020, supported by investor demand.

Due to advancements in medical science, technology and aesthetic preferences, Silver supply and demand has fluctuated a great deal through the centuries. Today, Silver’s demand is higher than ever because it is a crucial component of widely manufactured electronics, including computers, mobile phones and solar panels.

Global Silver production fell for the fifth consecutive year in 2020. The drop resulted from declining grades at several primary Silver mines and disruption-related losses at some major Silver producers. Much like Gold, Silver’s demand will likely continue to grow despite the limited supply.

According to the Silver Institute, Silver’s global demand will rise to 1.025 billion ounces in 2021, its highest in eight years. Silver has many uses, including industrial applications, like photovoltaics, the process of converting solar energy into direct current energy, jewelry creation, medicinal uses and minting Silver investment products. Physical investment, which covers Silver bullion coin and bar purchases, is expected to achieve a six-year high in 2021 of 257 million ounces. 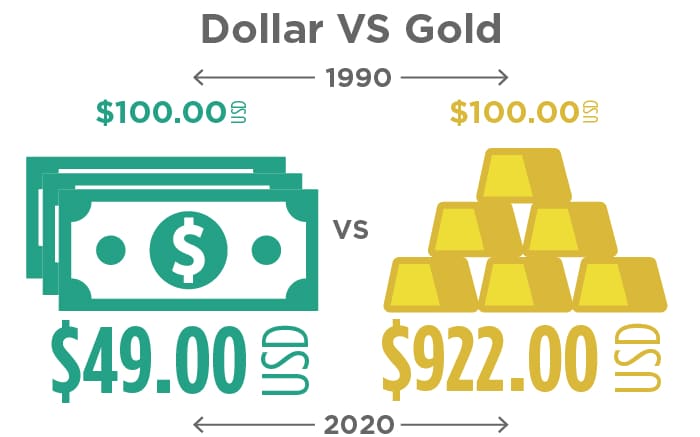 The value of the U.S. Dollar has steadily decreased over the last several decades, making an investment in Precious Metals more appealing to those who want to minimize the impact of inflation on their assets.