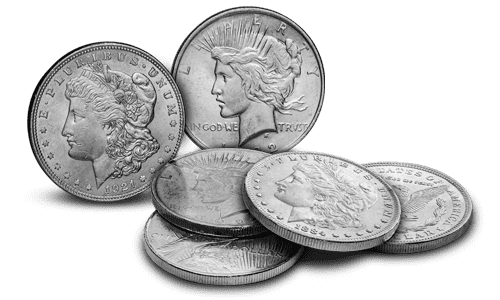 The Peace Dollars also had a significant run in coinage history. Its beauty and symbolism made it a popular coin because the United States was becoming a dominating force on the world's scene. The U.S. Mint struck the coins on the heels of the United States victory in World War I. The designs between the two are widely different. Revered as two of the most beautiful and culturally significant coins, despite their differences, these coins complement any coin collection.

While the differences are vast, there is no mistaking the fact these coins played an important role in American coinage by setting the standard for coin design moving forward. Collectors from all over the world collect these coins. The differences between the Morgan and Peace Dollars are more than just the design.

Perhaps the confusion they are the same is a result of collectors referring to them as Morgan-Peace Dollars. The similarities of the coin rest on the laurels of history. These coins did share the same ideology of spreading pride and advancement in the country during their respective time periods in circulation. Collectors and investors can get value out of a Morgan Silver Dollar or a Silver Peace Dollar.