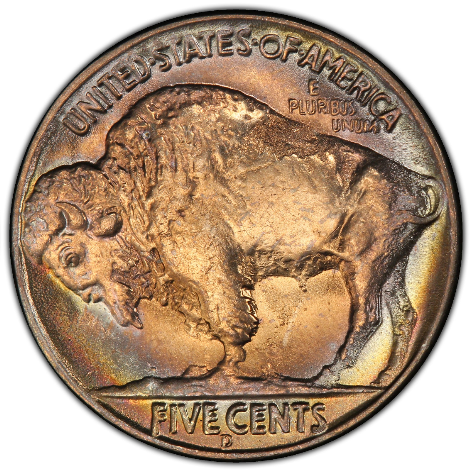 One of the most iconic coins in American history is the Buffalo Nickel, designed by the legendary James Earle Fraser. The emblematic designs of a Native American Chief on the obverse with an American bison on the reverse of this historic coin were the inspiration for Fraser, who was commissioned to create the design by Augustus Saint-Gaudens.

In 1907, President Theodore Roosevelt wanted the then-uninspiring U.S. coinage to capture the grandeur and style of classical Greek and Roman designs. Roosevelt turned to Saint-Gaudens, one of the greatest sculptors of his time. Unfortunately, Saint-Gaudens was in poor health and subsequently died in 1907, so the work was left to U.S. Mint designers, such as Charles Barber, and other designers like Fraser. The competition was fierce between the U.S. Mint employees, led by Barber, and the outside designers as the five previous approved coin designs were not created by a U.S. Mint employee.

Barber created a coin bearing the likeness of President George Washington, whose image had not yet graced an American coin but was very familiar on large-size U.S. Silver Certificate currency. But the Fine Arts Commission, which selected the winning designs, sought something different, and a Native American and an American bison were the nearly unanimous choice.

BUFFALO NICKEL COIN
The Buffalo Nickel went into production in 1913. The coins were minted at the Philadelphia, Denver and San Francisco Mints simultaneously. They were very popular among the public and the designs provoked positive comments worldwide. In many foreign countries, the “Old West” was how America was best represented.

There were two major designs of the first-year Buffalo Nickels. The first type, Buffalo on a mound, was popular but during the first year of mintage, but the dates and denominations were wearing off at a very rapid pace. This led to a redesign that had the date numerals widened and the denomination to be minted in exergue, meaning a line was placed above the denomination meant to protect it. These adjustments were only moderately successful but remained in effect until production of these coins was stopped in 1938.

In 1937, an error was created that went on to become one of most well-known American coins. It is believed the coin feeder malfunctioned and failed to send blank planchets to the coin press. This resulted in the two 1937-D Buffalo Nickel dies clashing against one another causing the dies to receive impressions of the designs from either side.

A mint employee, trying to eliminate these clash marks, began to polish off these marks rather than switching to the unused Buffalo Nickel dies that were being held in reserve. Unbeknownst to the employee, this over-polishing removed details from the Bison’s front right leg.

1937 BUFFALO NICKEL MINTAGE
It is unknown how many of the 18 million Buffalo Nickels produced at the Denver Mint in 1937 were struck with those damaged dies. The number is surely fairly small, as the majority of these coins have surfaced from all known Buffalo Nickel hoards. What is also known is many of these coins were shipped to the Federal Reserve Bank of Minneapolis and then to the sub-branch in Helena, Montana.

These coins were first reported to the coin collecting fraternity in 1937. Through the efforts of many prominent coin dealers, this coin caught the imagination of coin collectors of the day and its popularity began to soar.