The Difference Between Proof and Reverse Proof Coins 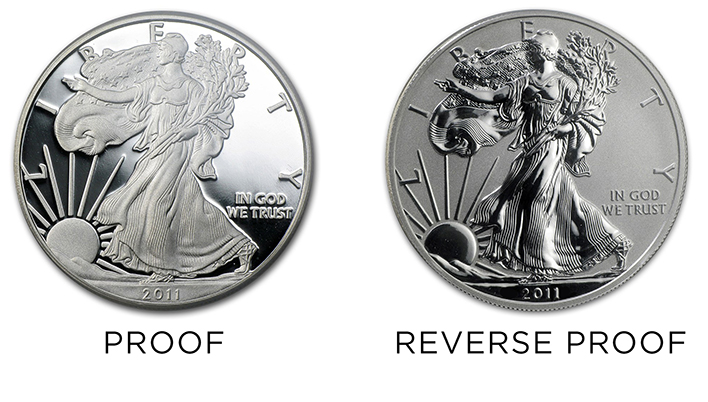 What is a Proof Coin?

Proof coins, known for their polished appearance, with frosted devices and mirrored fields, are manufactured specifically for collectors. These coins are produced in relatively low quantities and are considered more beautiful and more valuable than their common, uncirculated counterparts. They may be easily recognized by their special packaging and mirror-like appearance, which is achieved by using specially polished blanks when striking the coin. Reverse proof coins differ from proof coins in their appearance but are similar in their packaging and manufacturing.