Ancient Coins and Their History

Coins, as we know them today, were invented circa 550 B.C.E. From the very beginning, they served as sort of historical record, struck with the likenesses of royalty and leaders of the day. Because Precious Metals are more resilient than wood, glass and ceramic artifacts, many of these original coins still exist today, much desired by museums, collectors and art investors. 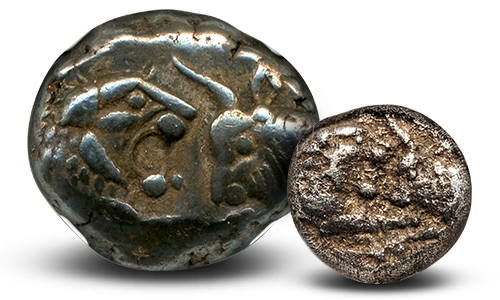 Croesus, a wealthy and influential king in ancient Lydia, invented coins during the 5th-century B.C.E. These Silver pieces featured his image and set the example for government-issued coinage still followed to this day. There are some examples of coin-like tokens made of electrum issued by his predecessor, King Alyattes, but it was Croesus who introduced the idea of making Silver coins possessing inherent value. While most Lydian coins are now held in museums and private collections, you can still find them for sale, such as the Lydian Silver Half Stater.

Another significant source of old coins is India, who began hand-stamping Precious Metals in the 4th century B.C.E. Because of a lack of record-keeping, the exact dates are unknown and the coins themselves have only symbols and no indicated years of issue. These are often referred to as punch-marked coins and came in standard weights but inconsistent shapes. One of the best-known examples is the Masaka - Avanti Janapada. 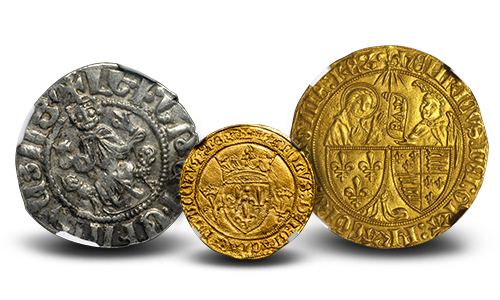 Coinage minted during the reign of Henry VI is among the hardest to find from all issues of medieval coins. This shortage is partial because Silver and Gold were both scarce during this period. Henry VI ruled England during two distinct periods, from 1422 until 1461 when Edward IV dethroned him, and again in 1470 for only two years.

A well-known example that survives from Henry VI's reign is the Gold Noble Annulet. The center of the obverse is marked with a "C" to indicate it was struck in Calais. Another coin struck in Calais was the Silver Groat, featuring a portrait of the king himself and made sometime between 1422 and 1427. 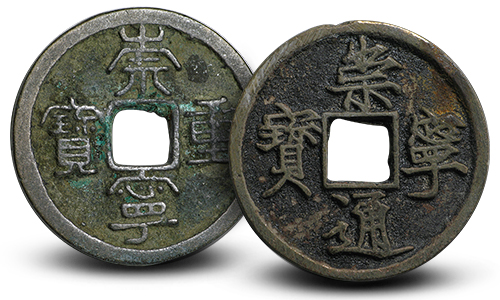 Few categories of collecting are as challenging to follow as the history of rare Chinese coins. Frequently void of portraits or dates, many old examples of coins struck in China feature calligraphy of the emperors who ruled at the time. Fortunately, many scholars have collected tokens and coinage from China for many years and much of that research is now widely available.

Many of the oldest coins from this region were not round. Made from bronze, they were cast in the shape of everyday objects such as fish and tools for farming. Several 17th-century coins know to have originated in Xuanhua, northwest of Beijing, have been discovered in the Yukon region of Canada. This finding proves trade routes existed that connected China with Russian merchants who traveled to North America. 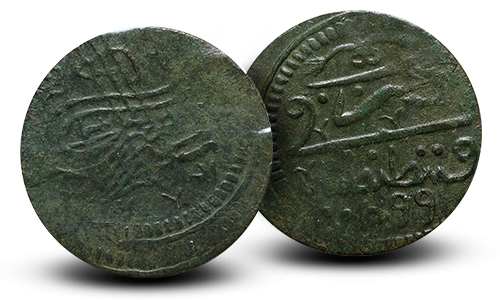 Now known as the Republic of Turkey, the Ottoman Empire stood from 1299 until 1922 and is revered for its rich, beautiful history. The 16th century gave this region a great deal of power, with a kingdom stretching from North Africa to the Balkans and Greece. One of the most incredible discoveries in the history of coin collecting was the Beçin Hoard, uncovered in 2000 in Turkey after a fire destroyed a house. This hoard contained thousands of coins issued by the Ottoman Empire and several hundred other European coins.

The Ottoman Empire Copper Mangir was struck by the order of Suleiman II to help pull the region out of poverty following years of war. The obverse features Tughra, a conventional design used on old Turkish coins. The Turkish Ottoman Bayezit 1st Silver Akche depicts the Battle of Kosovo from 1389 and follows a tradition of coinage designed with famous battles and military heroes on the obverse.