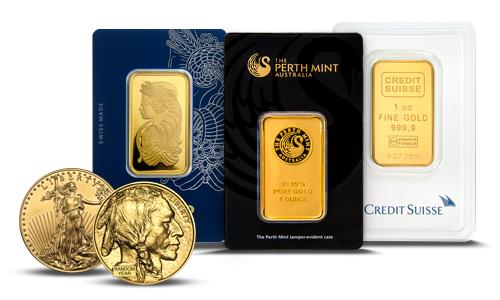 The current Gold price is much more than a price for a commodity. The price of Gold today is the result of being the most important Precious Metal for thousands of years. Looking beyond the Gold price chart, you will discover a tale that goes beyond the value of a bar of Gold in an investment portfolio. You will discover Gold became much more than currency for the earliest humans and to this day maintains an important place in science and medicine, as well as jewelry, clothes, homes and palaces.

JEWELRY: THE FIRST GOLD CURRENCY
About 4,000 B.C., the first recorded use of Gold to fashion decorative objects was found in present-day Eastern Europe – probably mined in the Transylvanian Alps or the Mount Pangaion area in Thrace. About 1,000 years later, the Sumer culture of southern Iraq created sophisticated jewelry, with some styles still worn today. Around 500 years after that, Gold jewelry was buried in the First Dynasty Egyptian King Djer's tomb in Abydos.

THE FIRST GOLD COIN VALUES
With large Gold-bearing regions, Egypt was considered a wealthy nation as Gold became the recognized standard of trade by 1,500 B.C. Also around this time, the Shekel became the standard Middle Eastern unit of measure. Made of about two-thirds Gold and one-third Silver, imagine the current Gold and Silver prices for these first Shekels. About 400 years later, China legalized little squares of Gold as currency. The first coins we know of to be made purely from Gold weren't produced until 560 B.C. in Lydia, an Asia Minor kingdom. By 50 B.C., the Romans had produced a Gold coin called the Aureus.

The current Gold price is, in part, built on this rich history of civilizations turning to Gold as standard money. Gold makes great coinage because it doesn't readily oxidize and therefore doesn't lose its weight, maintaining the Gold coin value. Other metals like iron would rust away or, like copper, gain weight from oxidation.  As a result of the historical Gold values, finding new sources of Gold became part of conquests as early as 344 B.C.

CONQUEST: THE PRICE OF GOLD
In 344 B.C., Alexander the Great led 40,000 men across Hellespont on a massive military conquest and took control of large quantities of Gold from the Persian Empire. By A.D. 1511, Gold would be a driving force behind trips to the Americas. Spanish King Ferdinand commanded explorers in 1511 to "Get Gold, humanely if you can, but all hazards, get Gold." By 1700, Gold was discovered in Brazil and was responsible for almost two-thirds of the world's output just 20 years later.

THE AMERICAN GOLD RUSHES: HISTORICAL GOLD PRICES
The first Gold Rush was in Cabarrus County, North Carolina, in 1803 after a 12-year-old boy found a 17-pound Gold nugget in Little Meadow Creek. He used it as a doorstop for three years before his father took the rock to a jeweler who bought it for $3.50 and later sold it for a 1,000-fold profit.

In the early 1800s, the Gold from the North Carolina Gold Rush supplied the U.S. Mint’s Philadelphia branch with the Gold needed to produce domestic Gold coins. In 1792, the first U.S. Secretary of the Treasury, Alexander Hamilton, used almost 1/20 of an ounce to create the American dollar, making the Gold bullion price about $19.39 for a regular ounce. The $20 Gold ounce price remained the same until 1934.

The California Gold Rush is the best-known Gold rush in American history. Gold was first found in Los Angeles in 1843, but the real rush came in 1848 when John Marshall found Gold flakes while building a sawmill, Sutter's Mill, near Sacramento. This began what was the most famous rushes of the placer mining technique, which ended in 1860. Placer mining, also known as panning for Gold, is a popular way to separate Gold from gravel and sand in streambeds. By 1859, Gold was also found in the Comstock Lode area in Northern Nevada, along with Silver. The last Gold Rush of the century took prospectors to Alaska, where two prospectors discovered Gold while fishing in Klondike. Even with these big Gold rushes, the Gold ounce price remained $19.39 per ounce.

PRICE OF GOLD TODAY BOOSTED BY TECH AND MEDICAL USES
Much of the 20th century included changes in regulations of Gold, including in 1933 when President Roosevelt prohibited Gold currency and in 1961 when Americans were prohibited from owning Gold. By 1974, Americans were again allowed to own Gold. The Gold ounce price began to fluctuate as various other policies took hold.

During the 1900s and into this century, Gold has been used for more than currency and trade, including a variety of scientific and medical devices, bolstering the demand for Gold. In 1927, a widespread French study showed Gold could help treat rheumatoid arthritis – something reaffirmed in 1960. In 1935, the Western Electric alloy of 69% Gold, 25% Silver and 6% Platinum was used in all switching contacts for AT&T telecommunications. At AT&T Bell Laboratories in 1947, the first transistor is created with Gold contacts pressed into a germanium surface and by 1960 AT&T was using Gold-coated mirrors in the newly patented laser.

Gold even contributed to space. In 1965, Col. Edward White wore a Gold-coated visor to protect his eyes from direct sunlight as he made his first spacewalk during the Gemini IV mission. Gold-coated visors are still worn today in space. In 1980, Gold-coated impellers were used in the liquid hydrogen fuel pump on the first space shuttle launch. These and other medical and scientific endeavors have used Gold to make advancements, and to this day, the reliance on this Precious Metal has helped increase the spot price of Gold.