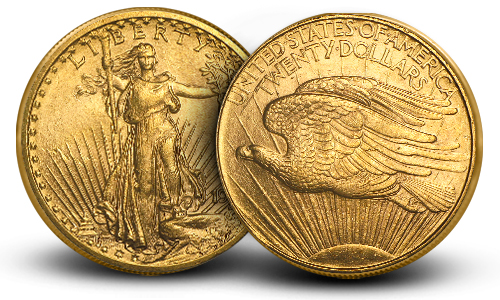 On September 6, 1901, nearly one year after being re-elected to a second term, President William McKinley was visiting the Pan-American Exposition in Buffalo, New York. Much like his Vice President, Teddy Roosevelt, McKinley fancied himself as a man of the people. He didn’t want his bodyguards to interfere with his meeting the voters of America, so he visited the Exposition with aides rather than security.

McKinley was inside one of the most popular attractions at the Exposition, the Temple of Music. While shaking hands with visitors, he was approached by Leon Czolgosz, an unemployed glassmaker, who felt McKinley was a symbol of oppression. Czolgosz had a .32 caliber revolver hidden in his handkerchief. As he approached McKinley, Czolgosz fired two quick shots. One bullet grazed McKinley while the other lodged in his abdomen. Despite heroic efforts to save him, he died eight days later, and Vice President Teddy Roosevelt became the 26th President of the United States.

Leaving His Mark
Roosevelt, unlike McKinley, sought to leave his imprint on America and had a long list of priorities. One of those priorities was to change America’s Gold coinage. Roosevelt believed the impressive high-relief Gold coins of ancient Greece and Rome were the pinnacle of numismatic beauty and style. He felt the contemporary American Liberty Head Gold Coin series was dull, boring and unimaginative. Although these coins were the “commerce of the day,” Roosevelt believed they still should represent America and portray our nation’s beauty and majesty.

In a famous letter to U.S. Secretary of the Treasury L.M. Shaw, dated December 27, 1904, Roosevelt stated, “I think the state of our coinage is artistically of atrocious hideousness. Would it be possible, without asking permission of Congress, to employ a man like [Augustus] Saint-Gaudens to give us a coinage which would have some beauty?”

Roosevelt knew changing circulating coin designs would require Congressional approval on some issues and that there would be an outcry from merchants and the public on others. But he was determined to elevate the status of America’s coinage.

Shaw determined there were five coins whose designs could be changed without Congressional approval. These were the one-cent coin and four Gold coins: $2.50 Quarter Eagle, $5 Half Eagle, $10 Eagle and $20 Double Eagle.

Augustus Saint-Gaudens was the premiere sculptor of his day and a friend of Teddy Roosevelt. He agreed with Roosevelt’s wish to design and strike a coin in high relief. High-relief coins were considered undesirable for commerce as they wouldn’t stack properly. But because this was Roosevelt’s dream, Saint-Gaudens complied, and the Saint-Gaudens $20 Gold Double Eagle was created.

The Saint-Gaudens $20 Double Eagle is widely considered to be the “most beautiful American coin ever designed.” The high-relief version that was initially produced captures the majesty and beauty of Saint-Gaudens' design and rivals the most beautiful coins of the ancient world. Although the relief was lowered to make them acceptable in the marketplace of commerce, the design remained essentially unchanged.

On April 5, 1933, President Franklin D. Roosevelt (Theodore’s fifth cousin) signed Executive Order 6102, forbidding Americans from owning Gold bullion, including Gold coins. Millions of Gold coins were turned into the U.S. government and melted down, but many people secretly refused, and a number of Saint-Gaudens Gold Double Eagles can still be found today in limited quantities.