The Story of the Pre-1933 Gold Double Eagle Coins 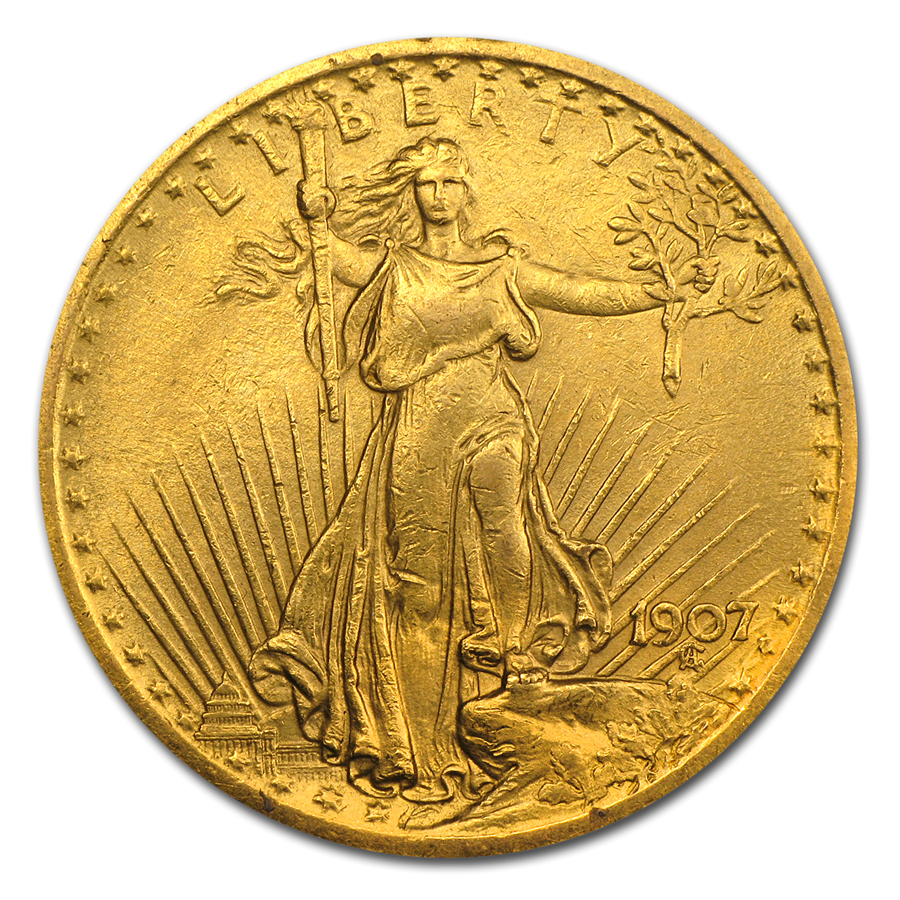 Double Eagles are one of the most popular Gold coins with collectors and investors. Double Eagles are valued because of their historical context and beauty. In order to understand their popularity, it is important to know the role of the designer, the state of American coinage, and the idea behind the design. The 1933 Double Gold Eagle is a coin sought-after by people from all over the world. Pre-1933 $20 Gold Double Eagles have a unique, bold, and patriotic design that embodies the nation's ideals.

THE BIRTH OF THE DOUBLE GOLD EAGLE

President Theodore Roosevelt tapped Augustus Saint-Gaudens to design Gold coins during a renaissance in coinage as Roosevelt thought many coins in that era were unattractive. He wanted coins remembered for embodying the national identity and the United States' growing preeminence on the world stage. The turn of the century was an important time for the United States because much of the country was undergoing post-Civil War reconstruction.

Saint-Gaudens received his first commission in New York and would later produce some of the finest monuments and sculptures throughout the United States. Saint-Gaudens' name is synonymous with artistic ingenuity and uniqueness. He sculpted major projects including the Copper statue of Diana, the General Sherman Monument in New York City, and several bronze monuments devoted to President Abraham Lincoln.

Revered for his work as a sculptor and architect, Saint-Gaudens was commissioned to redesign America's coins with Roosevelt's vision of expressing the nation's identity through art. Many numismatic experts view the $20 Gold Double Eagle as the most beautiful coin ever minted because the design is perfectly symbolic, capturing the details of national pride in a time of both transition and leading the frontier. Augustus Saint-Gaudens died shortly after designing the Double Eagle in 1907.

The design on the coin garnered praise from the public upon its release, but it also receives a high amount of praise today from collectors and investors. The obverse depicts a statuesque and confident Liberty moving forward with a torch in her right hand and an olive branch in her left. Liberty's robe is symbolic of ancient Greek and Roman ideals. The coin displays the United States Capitol in the background, symbolizing achievement through representative democracy. This image is an homage to the nation's growth and the nation leading the way on the world stage.

The reverse depicts an eagle, the greatest symbol of freedom and strength. Inscribed on the edge of the coin is the motto “E PLURIBUS UNUM”. This makes the Gold coin definitively American.

OTHER FACTS ABOUT THE PRE-1933 GOLD DOUBLE EAGLE

The United States Mint struck four variations of the $20 Gold Double Eagles in 1907. The first two variations are ultra-high relief. Difficulties arose in processing this 34 mm version because minting technology was relatively in its infancy. The cost of producing a 34 mm coin was arduous and expensive. The second variation, the 27 mm version, had no authority to be struck. The third and fourth variations of the coin received a relief reduction by the mint that made it more suitable for mass production. The 34 mm Gold Double Eagles, with lower relief, became a staple for the American people during that era even after 1933.