Who is the Native American on the Gold Buffalo Coin? 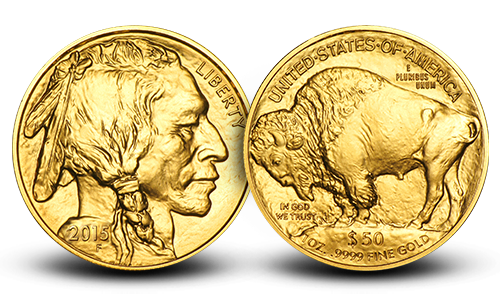 The American Gold Buffalo Coin is one of the most revered coins made by the U.S. Mint. Based on the 1913 Buffalo Head Nickel, Gold Buffalo coins were the U.S. Mint's first .9999 fine Gold coins ever minted. The design is intriguing, celebrating the native culture of America, and has been immensely successful because of it.

The Native American profile on the Buffalo Nickel, later used on the Gold Buffalo, is special as it was designed by James Earle Fraser from a combination of three images of Native American Chiefs: Iron Tail (Lakota), Two Moons (Cheyenne) and John Big Tree (Seneca). Although these gentlemen and others claimed to be the actual sole model for the obverse of the Buffalo Nickel, Fraser repeatedly stated that the image was a composite of multiple people.

Iron Tail was a chief in the Oglala Lakota tribe. He was one of the premier Native American celebrities of the early 20th century. His face was spread across the entire world as a target for international photographers. His fame was at its peak when he traveled with Buffalo Bill’s Wild West, a worldwide touring circus-style show. Through this show, he was able to visit many European countries.

Another model for the Buffalo Nickel was a Cheyenne chief known as Two Moons. He was a highly regarded diplomat for the Cheyenne Nation of Montana. His dealings with the American government and military earned him respect and landed him as the leader of the Northern Cheyenne Reservation.

As a member of the Seneca nation, John Big Tree was quintessentially a Native American celebrity. He appeared in more than 50 films through the mid-20th century. Aside from being featured on the 1913 Buffalo Nickel, he was also the model in the famous Native American sculpture “End of the Trail,” also by James Earle Fraser.

The Gold Buffalo coin is one of the most popular and most successful coins ever made by the U.S. Mint. The coin faces are embellished with beautiful artwork that proudly represents the native spirit of America.