Below is a current list of the best Platinum coins for investment. This is not a definitive list, but based on recognizability, liquidity, “bang for your buck” and the potential return on investment. These are the Platinum investment pieces most attractive to investors. 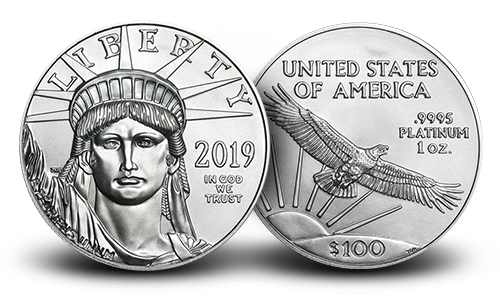 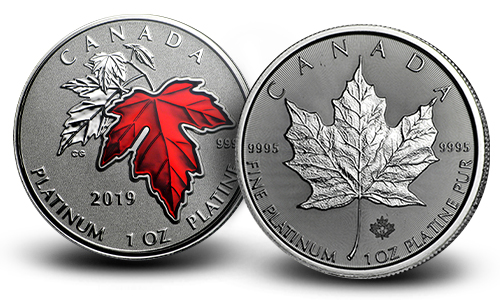 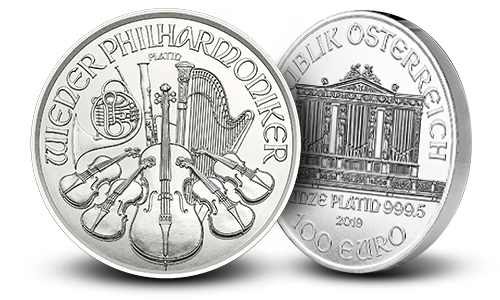 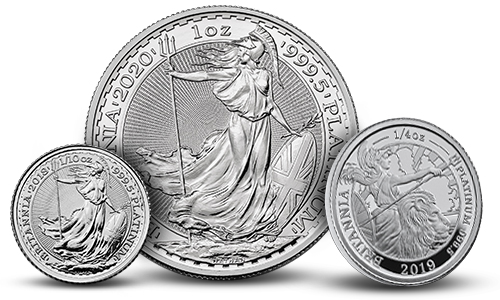 A symbol of strength and progress, Britannia’s a reassuringly familiar presence – a constant through change, standing watch at the edge of the shoreline. Coin investors all over the world search for these collectible Platinum coins to add to their Precious Metals portfolio. 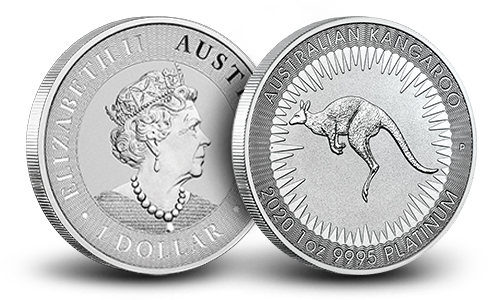 Struck by The Perth Mint from 1 oz of .9995 fine Platinum in bullion quality, the coin is issued as legal tender under the Australian Currency Act 1965. The reverse depicts the classic artistry of a bounding red kangaroo surrounded by rays of sunlight. The inscription "AUSTRALIAN KANGAROO," The Perth Mint’s "P" mint mark and the year-date are also included in the design. The obverse bears the Ian Rank-Broadley effigy of Her Majesty Queen Elizabeth II and the monetary denomination. 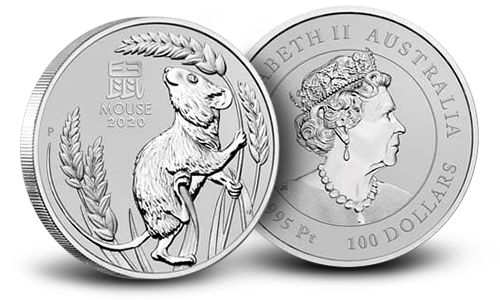 Struck by The Perth Mint from 1 oz of .9995 fine Platinum in bullion quality, the coin is issued as legal tender under the Australian Currency Act of 1965. The original Lunar bullion series, these coins have become some of the most widely collected around the globe, as demand originated in Asia but spread to Europe and America as investors became exposed to the design and quality. In addition to the annual design change, many investors love that the coins' select mintage limits create the potential for even greater investment return in the form of a numismatic premium appreciation. 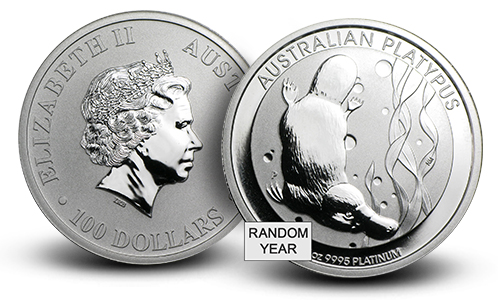 Australian Platinum Platypi are official, legal tender in Australia. The first prominent country in the modern world to announce the production of 1 oz Platinum coins, Australia approved the minting of Platinum coins in 1987. These 1 oz .9995 Platinum coins have a regal likeness of Queen Elizabeth II on the obverse, and the reverse has a precisely rendered platypus in its underwater environment. These commemorative Platinum coins celebrate the diversity and the uniqueness of Australian wildlife. 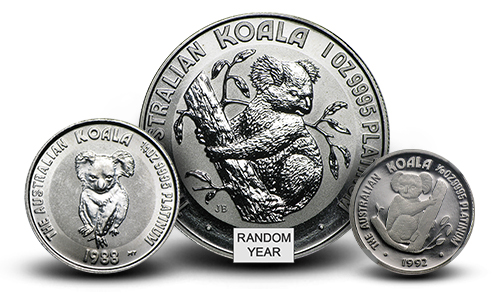 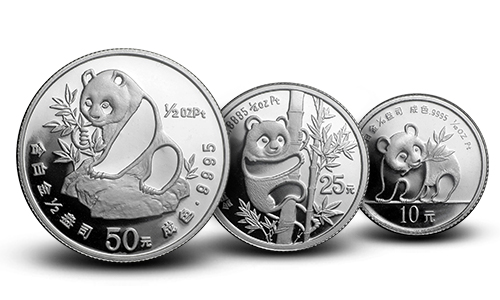 One of the most beautiful Platinum coins on the market, the Chinese Platinum Panda is a particular favorite among investors. With a very limited mintage and a .9995 purity, the Platinum Chinese Panda coins perfectly complement any Platinum coin collection or Platinum investment plan. 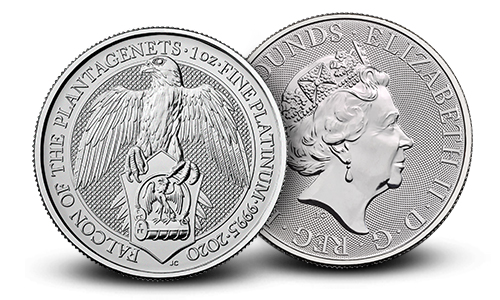 The Queen's Beasts Platinum bullion coin series celebrates the British Monarchy and the centuries of fascinating heraldry that has been a part of their story. Each of animal of The Queen's Beasts is fashioned into 1 oz .9995 fine Platinum coins.