No Draped Bust Half Dollars were struck between the last year of the small eagle design, 1797 and 1800. In 1801, another redesign effort took place. Robert Scot was asked to redesign this coin again, for the third time in less than ten years.

The reverse of the coin underwent a complete overhaul. The small eagle variety was ridiculed as a scrawny eagle, and that was replaced with a more regal heraldic eagle design. The eagle, itself, was much larger and had outstretched wings. On the chest was a union shield, with 13 six-pointed stars above and a grouping of clouds above the stars. In the eagle’s beak was a banner upon which the phrase “E PLURIBUS UNUM” was inscribed. In the left talon was an olive branch, and in the right were 13 arrows. The motto “UNITED STATES OF AMERICA” encircled the design. The edge (rim) of the coin bore the words “FIFTY CENTS OR HALF A DOLLAR.” 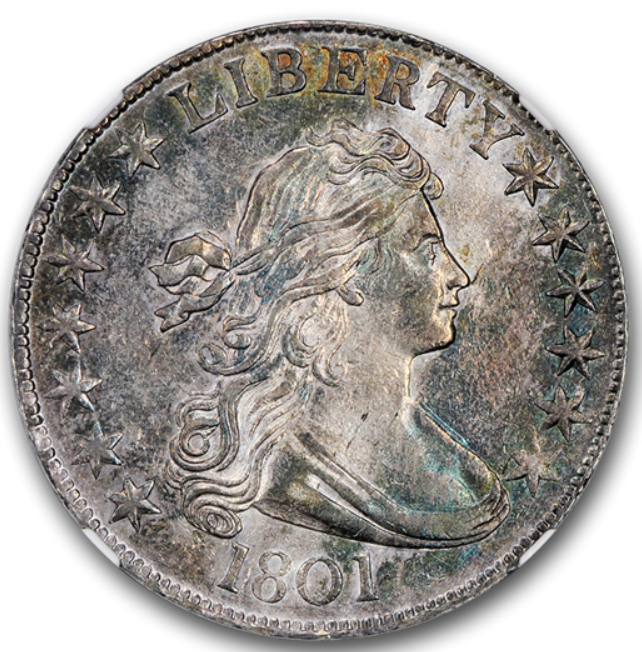