This Rare Quarter is More Valuable Than You Think

The 1970 quarter never made it into circulation, and it is unlikely you will ever see another quarter of its kind. So just what was the error and what makes this error coin so valuable?

The Coin was Struck Over a Canadian Quarter

Instead of being struck on planchets, the coin was struck over a 1941 Canadian quarter. Some of the details of that quarter can be seen faintly on the error coin.

These Errors are Incredibly Rare

Part of the value of these coins is because they are so rare. Mint error coins do not happen often, but they are something that catches the eye of the public, especially those with numismatic interests. Although contrary to our thinking, errors can be valuable in terms of coins.

The Severity of the Error

Some mint errors are more noticeable than others. In the case of this 1970 quarter, the Latin writing on the side of the coin is faint, as is the "1941" above "Dollar" on the reverse. Other examples may be striking a coin with the incorrect year, or the design being slightly off-center. The scale of severity is objective, but it does play an important role in value.

How Much Attention the Error Garnered

This plays an equally important role in distinguishing value. Attention and popularity drive further value to anything, especially if it is an error. 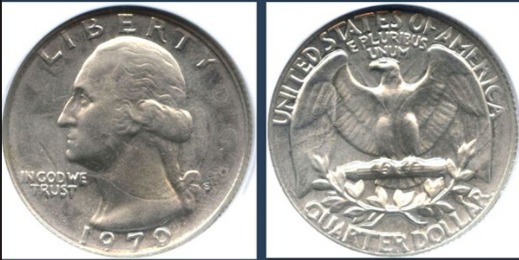