What is a Mercury Dime? 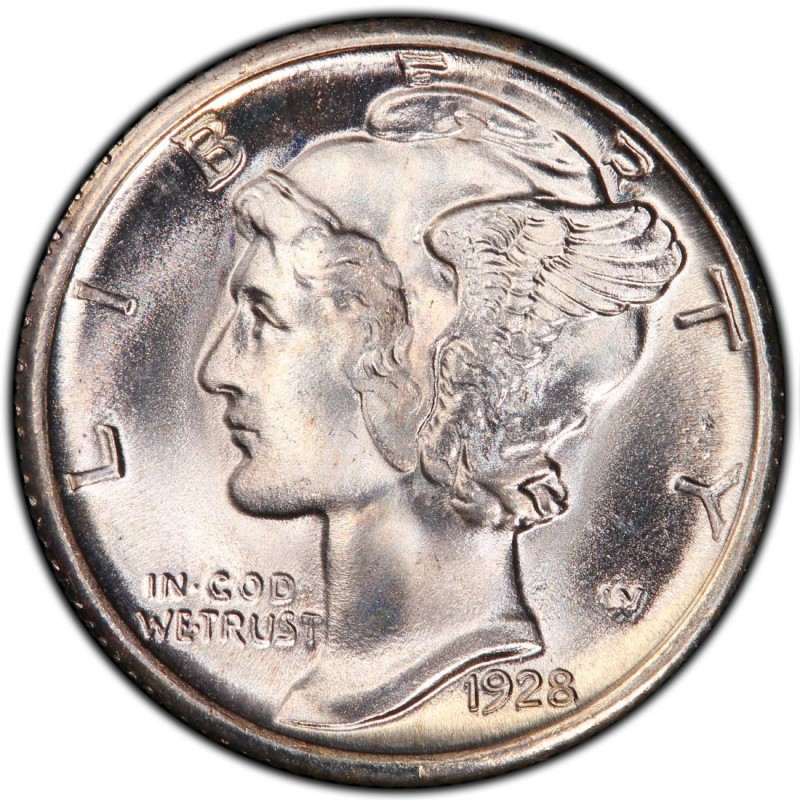 A Mercury Dime is a ten-cent coin produced by the U.S. Mint between 1916-1945. More than you’re your typical dime, there are unique identifiers of the Mercury Dime. The obverse features Liberty wearing a Phrygian cap, a conical cap often worn pulled forward. Caps of this nature were worn by many people in Eastern Europe and the Balkans, and more appropriately, Phrygia. The reverse features a fasces and olive branch.

The Mercury Dime gets its name from confusion over the look of the Phrygian cap atop Liberty. Upon inception of the coin, many in the public believed the cap to look to the Roman god, Mercury. Though not its original intent, the name Mercury Dime was thus used during its time in circulation. Phrygian caps are sometimes referred to as Liberty caps, representing freedom and liberty.

Though popular, the Mercury Dime was not met without controversy. Between 1916 and 1945, the Mercury Dime was one of the most popular circulating designs. The dime was beautifully crafted, but there were instances throughout its history when the dime and its creator both experienced criticism.

With the onset of the Great Depression, the Mercury Dime saw another drastic dip in production in 1930 and 1931, while minting stopped entirely in 1932 and 1933. For these reasons and more, the Mercury Dime holds tremendous value and is sought after by collectors and numismatic enthusiasts. Its popularity is an element that makes the dime so valuable, along with the intrigue that sits behind the designer and the identity of the model. Mercury Dime values fluctuate depending on the year. The varying mintages and historical context associated with each year ties into the legacy of the coin.