Platinum from Asteroids: The Next Rush? 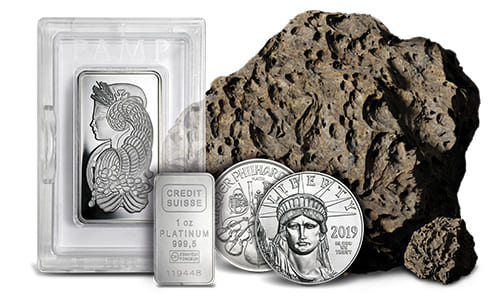 A relatively new idea in the marketplace is the concept of asteroid mining. It is well known by scientists that asteroids hold a treasure trove of Precious Metals and other resources. Many researchers believe Nickel-Iron asteroids have abundant deposits of Platinum Group Metals, which include Palladium, Rhodium and of course Platinum. The theory holds that if technology can be developed to harvest these natural resources, the extractions can be sold on Earth to help finance further space exploration and habitat development.

PLATINUM FROM ASTEROIDS
The primary source of Platinum is in South Africa. Some private companies have now taken an interest in mining Platinum on nearby asteroids. The individuals behind these efforts believe since there are many asteroids closer to Earth than the moon, inventing the right technology should be easy. However, human visits to the moon never lasted more than two hours, so the concept of extended stays on an asteroid will likely need several more decades to flesh out.

In addition to jewelry and collectible coins, the primary uses of Platinum today are for medical instruments, computer processors and catalytic converters in automobiles. The dream is that, with an exponential increase in the supply of Platinum, the demand for industrial uses will increase.

Another big question involves who could claim ownership to a Precious Metals mine in space. Currently, the galaxy outside our planet is “controlled” by the United Nations, meaning any government with the time, money and technology to get to another part of the solar system is free to take full advantage of its resources.

The problem is, if a company from the United States sets up shop on an asteroid and begins digging for Platinum, any other country can come along and legally have access to the mine. Leaders at the U.N. have stated that property rights in the rest of the Milky Way will be sorted out over time.

THE EFFECTS OF ASTEROID MINING ON THE PLATINUM MARKET
It is unknown what would happen to the value of Platinum if a sudden influx of thousands of extra tons became available. The most likely scenario is the cost of Platinum would drop sharply. Even though the value would go down, demand could increase significantly with Platinum Group Metals being affordable for a host of other uses not feasible before.