What is a Nugget? 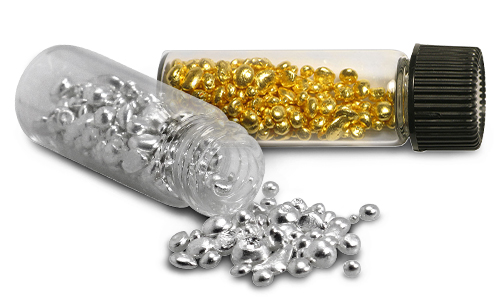 Nuggets are lumps of Precious Metals found in the Earth’s crust. The most common nuggets today are Gold nuggets and Silver nuggets. For many years, scientists and miners wondered how the nuggets formed, but after years of speculation, research suggests they formed at high temperatures. Since these temperatures do not occur at the surface, the nuggets must have originated deep underground. Their presence near the surface is the result of geological process and weathering over vast periods of time.

This speaks to the longevity it requires to create the nugget, one of the many reasons the California Gold Rush in the 1800s was such a big deal, drawing people from all parts of the country. The value of Gold nuggets and Silver nuggets is high because of the time it takes to form and how rare they are compared to industrial Gold and Silver.

OTHER PRECIOUS METALS NUGGETS
Also found in the earth are Platinum nuggets. Though Platinum nuggets are rarer than Gold nuggets, they still hold tremendous value. The largest source of Platinum is South Africa but Platinum nuggets have also been mined in Russia, California, British Columbia and even Montana.