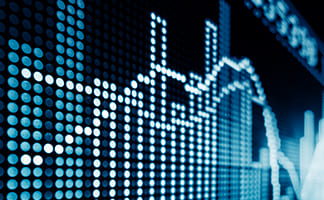 Gold prices stabilized Monday morning after newly released data showed economic growth in China slowing to its weakest point in over two-and-a-half decades. Gains for some Chinese equities held Precious Metals back from additional gains. The second-quarter GDP growth in China fell 6.2 percent, which many analysts predicted. However, quarterly growth of 1.6 percent exceeded expectations. Numbers regarding retail sales and industrial production were also better than had been forecast.

Research analyst Lukman Otunga is quoted by Reuters, saying, "Markets expected Gold prices to push higher given that Chinese growth was the slowest in almost 30 years. However, if you look at the bigger picture, it is still above the 6 percent level ... Hence we're seeing this mixed reaction with Gold." The trade war between the United States and China has extended numerous times, adding to multiple signals a global recession could be near.

Supported by an array of mixed economic data from around the world, Platinum gained 1.5 percent Monday morning to hit $839.51 at 7:23 a.m. (ET), a one-week high. Reuters also reports gains for Palladium, getting a 1 percent lift to reach $1,558.64. Silver, which has been poised for a rally for several weeks, went up 0.7 percent to $15.32. All three Precious Metals are widely used for manufacturing automobiles and electronics. June industrial production in China was better than many expected, which may have contributed to the lift. U.S. retail sales and production data are expected later this week.

A growing number of Wall Street analysts are warning President Trump's complaints of foreign exchange policies raise the risk of a currency war. According to Bloomberg, Pacific Investment Management Co. Economic  Adviser Joachim Fels suggests a currency war could involve major central banks and governments, including the U.S., intentionally weakening their currencies. Fels wrote, "Following a pause since early 2018, the cold currency war that has been waging between the world's major trading blocs for more than five years has been flaring up again." Dollar-denominated Gold has a strong correlation to U.S. dollar values. When U.S. dollar strength is low, it increases the appeal for Gold from buyers with other currencies.