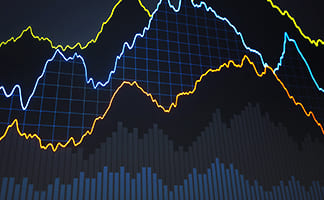 On Monday, Gold rose to its highest in over two weeks as weak economic data fueled global recession fears and forced investors to seek sanctuary in bullion. Investors are also keeping a close eye on U.S.-China trade ties, after a Chinese agriculture delegation canceled their visit to U.S. farm states, adding to the uncertainty in the drawn-out dispute that has weighed on the global economy. Gold climbed to its highest in nearly three weeks on Tuesday, as calls for impeachment proceedings against U.S. President Trump pushed stocks into red, with bullion getting a further boost from disappointing consumer confidence data.

Conversely, Gold prices noted their biggest decline in nearly three weeks on Wednesday, pressured by strength in the dollar and ongoing market turmoil as investors weighed the implications of the formal impeachment inquiry against U.S. President Trump launched the day before. Gold prices steadied on Thursday, as the market considered renewed optimism for a U.S.-China trade resolution. To end the tumultuous week, Gold saw another decrease on Friday as the U.S. dollar continued to push higher. Gold remains up more than 17% in the year to date, with gains tied to escalations in the U.S.-China trade war and other geopolitical strains on the market.