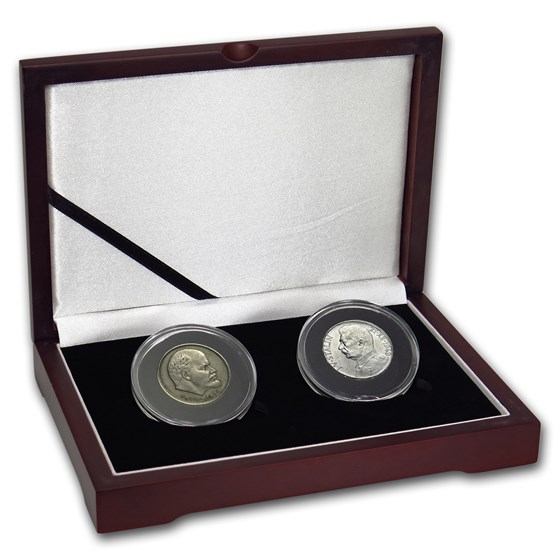 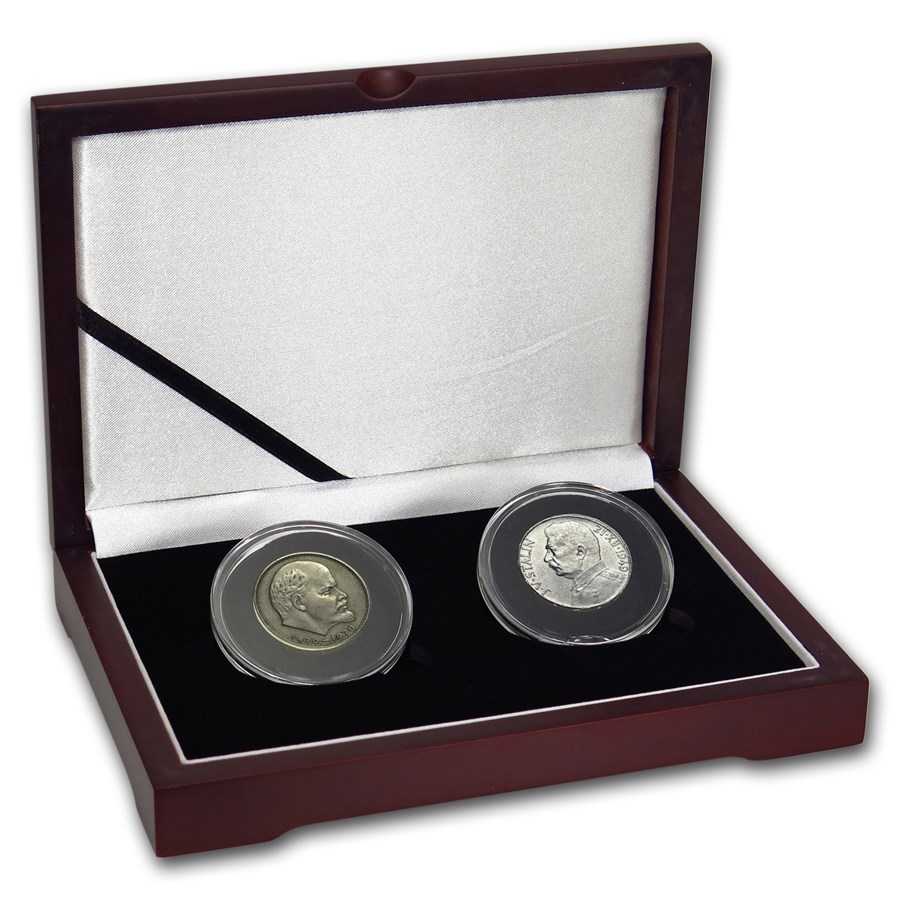 Add this historical collection containing the coins that were ever minted of Joseph Stalin and Vladimir Lenin to your cart today!

I bought this set because to me it is a piece history. To me it is well presented.