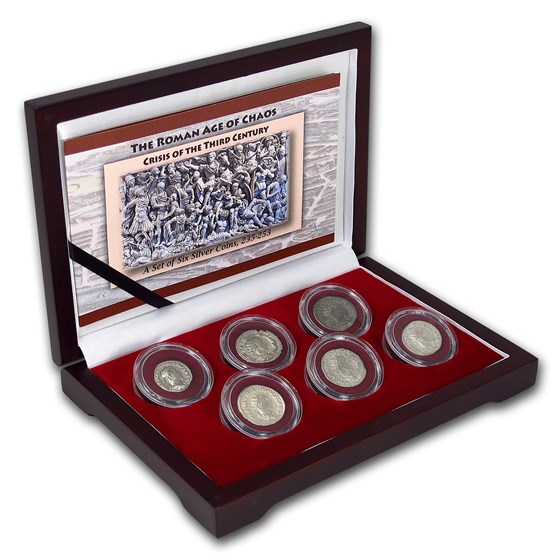 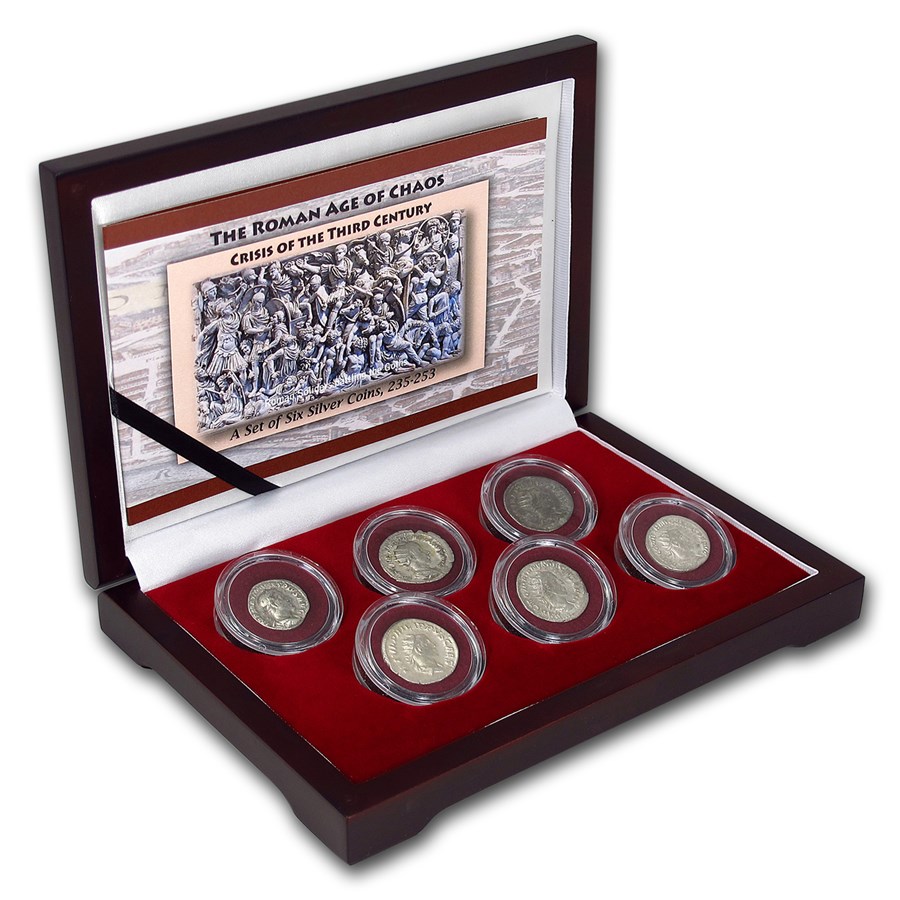 $35.05
As Low As
Product Details
Product Details
This collection features coins from six of the emperors in the tumultuous Age of Chaos. The instability at the top had a dismal impact on the economy, a downward spiral of hyperinflation and currency devaluation that was reflected in the coinage.

Set Highlights:
This beautiful set displays the consequences of hyperinflation in the Roman Empire. The Silver fineness of each coin was debased further with each succeeding emperor. Add this collection to your cart today!