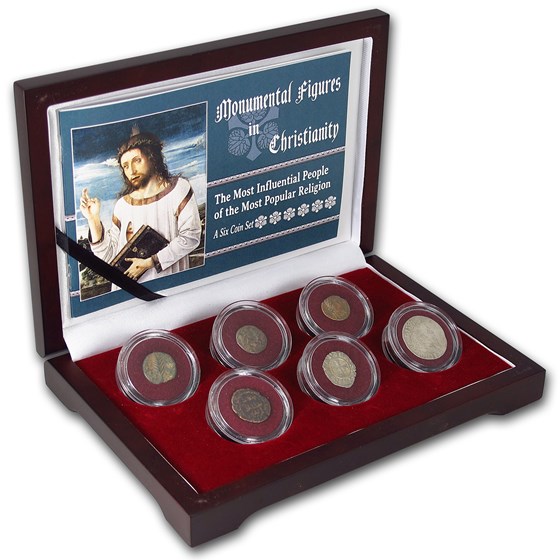 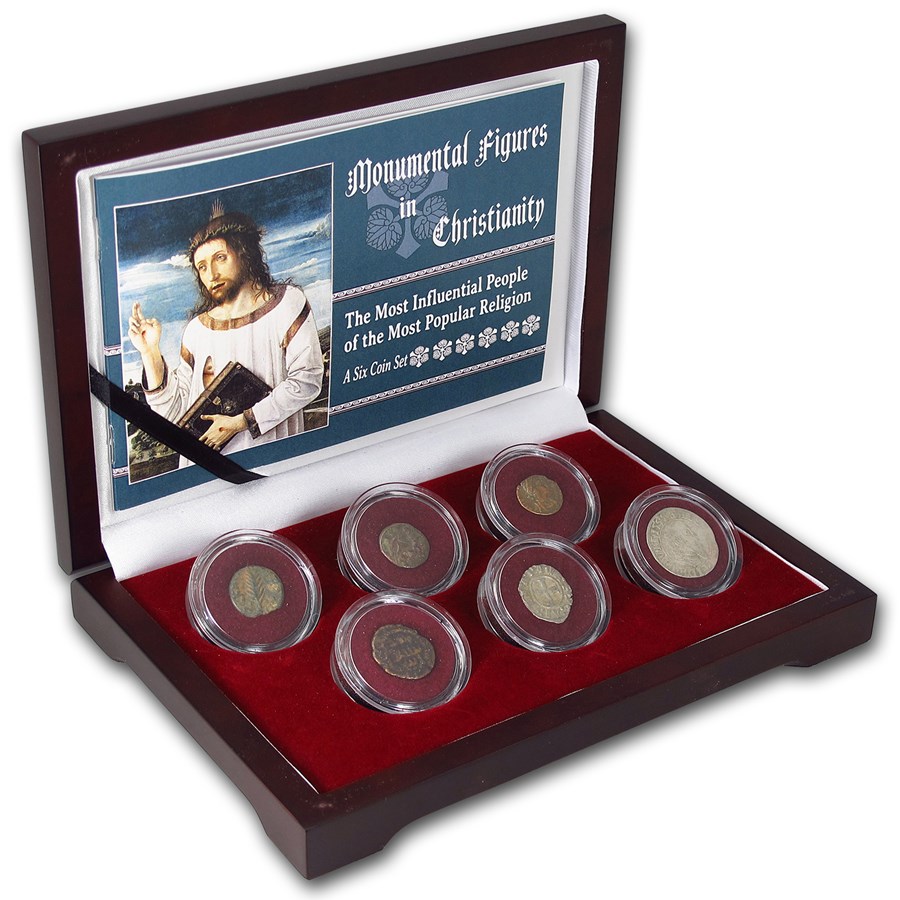 Product Details
Product Details
With well over two billion adherents, Christianity is the world’s most popular religion. This collection celebrates six of the most influential Christian figures and features six genuine coins struck by or relating to the notables.

This collection of coins, which spans 20 centuries, celebrates six of the most influential Christian figures. Add this unique set to your cart today!