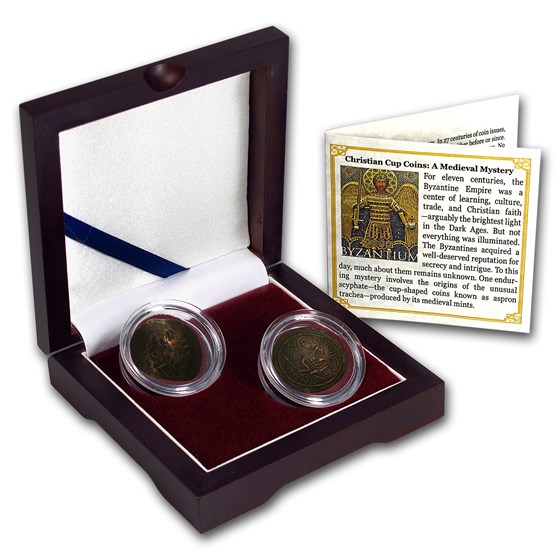 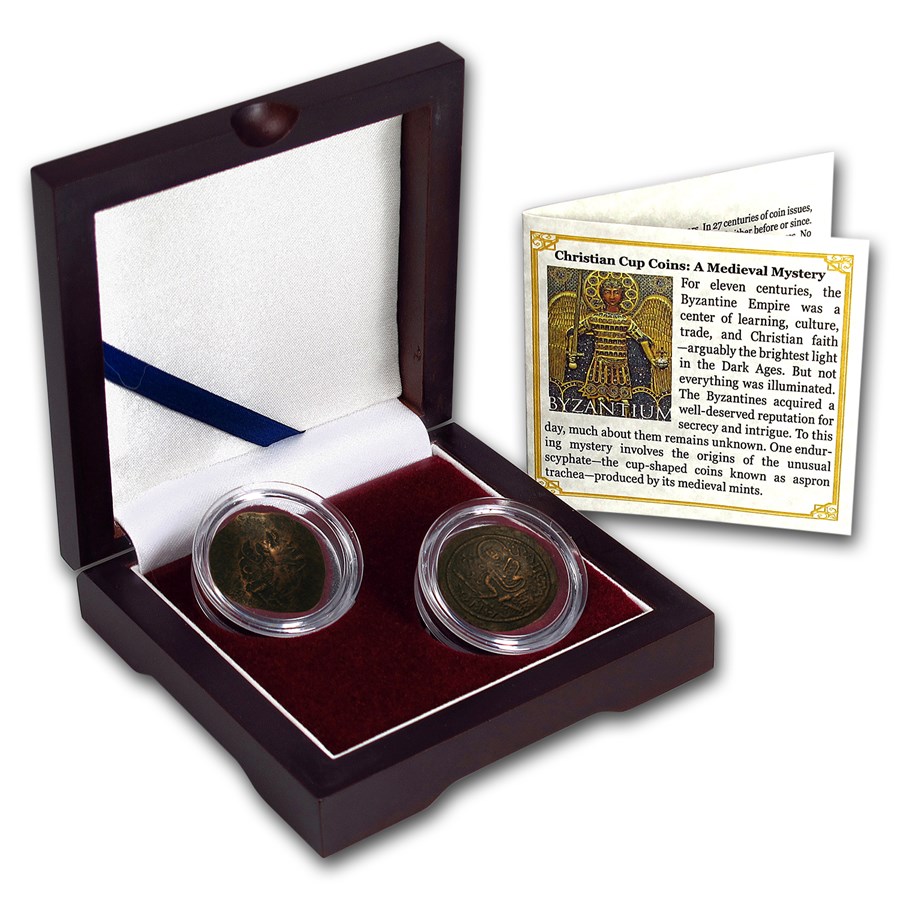 Product Details
Product Details
For 11 centuries, the Byzantine Empire was a center of learning, culture, trade and Christian faith. The enduring mystery of the unusual scyphate, the cup-shaped coins which were produced by its medieval mints remains unknown.

Whatever the reason for the design, the new Byzantine currency was copied by the neighboring Kingdom of Hungary. The 12th century Magyar King Béla III, who was educated in Constantinople and was the brother-in-law of Byzantine Emperor Manuel I Comnenos, was heavily influenced by his time there, and his money reflected that. Add this unique set to your cart today!