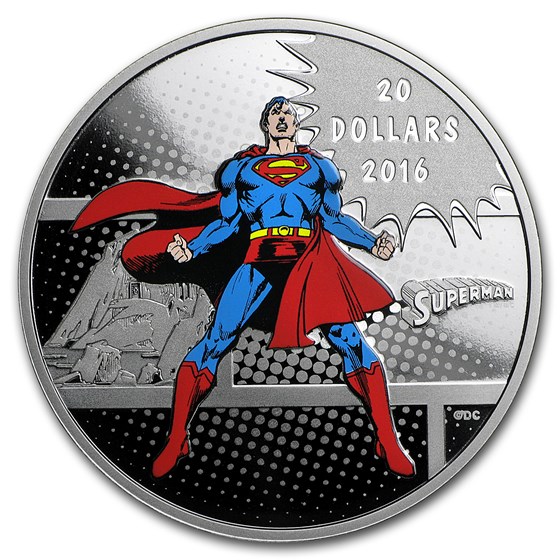 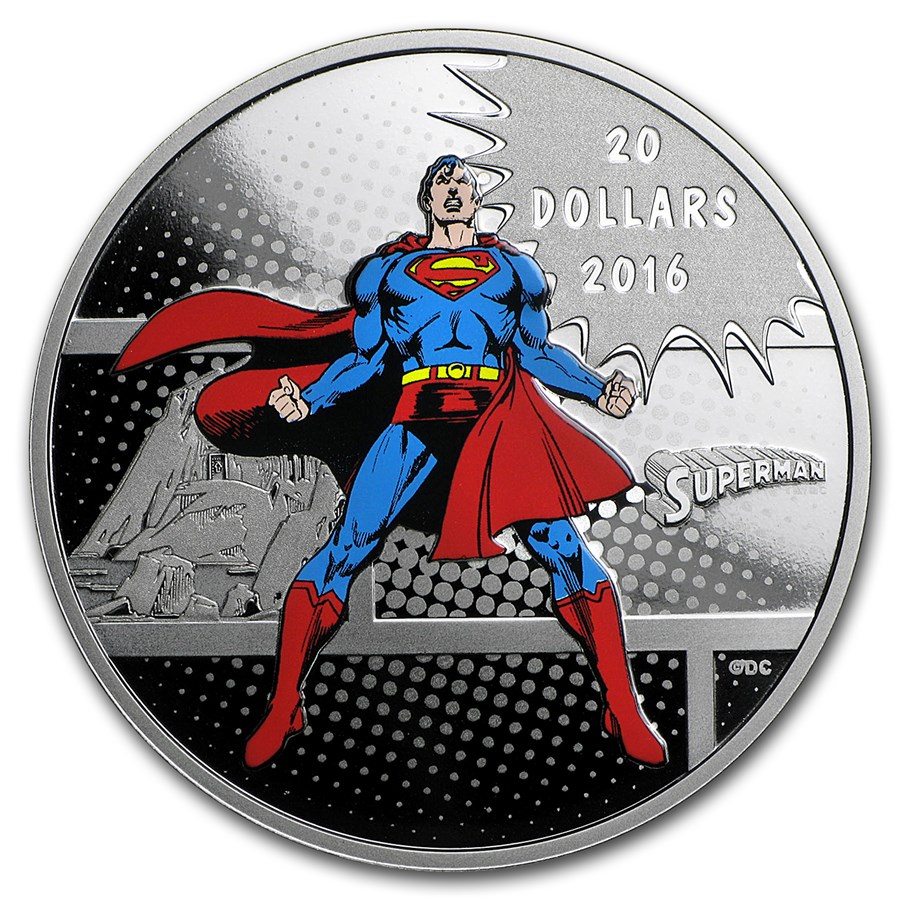 $31.77
As Low As
Product Details
Product Details
The new DC Comics Originals series has a classic, slightly retro style, recalling the look most comic book fans grew up with and remember fondly.

Basing itself on the DC Comics style of the 1980s, this series celebrates one of the most established looks for the DC Comics pantheon of Superheroes, including the Man of Steel.

This coin is the first in a second-wave series of three coins, which will each pay tribute to DC Comics' greatest Super Heroes presented in their classic form. Add this Silver $20 Man of Steel coin to your cart today!

Established with firm Canadian roots, Superman was the first Super Hero, spawning countless new characters in the DC Comics pantheon. He was the inspiration for a new archetype that not only still exists today, but is more popular than ever. Many important Canadian visionaries continue to shape the DC Comics Universe even today, lending their talents as storytellers and further building on the history that began in 1938.