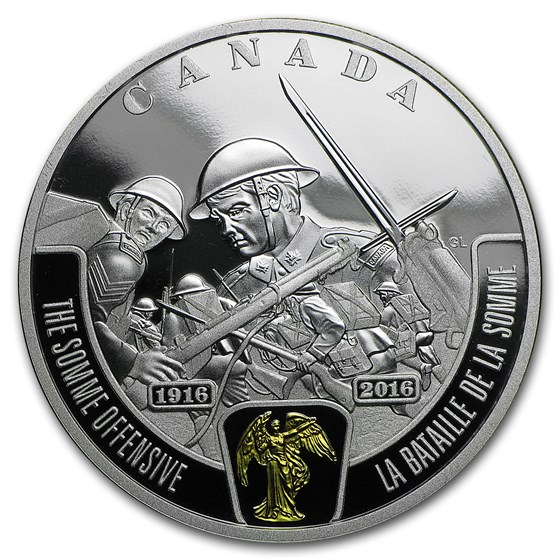 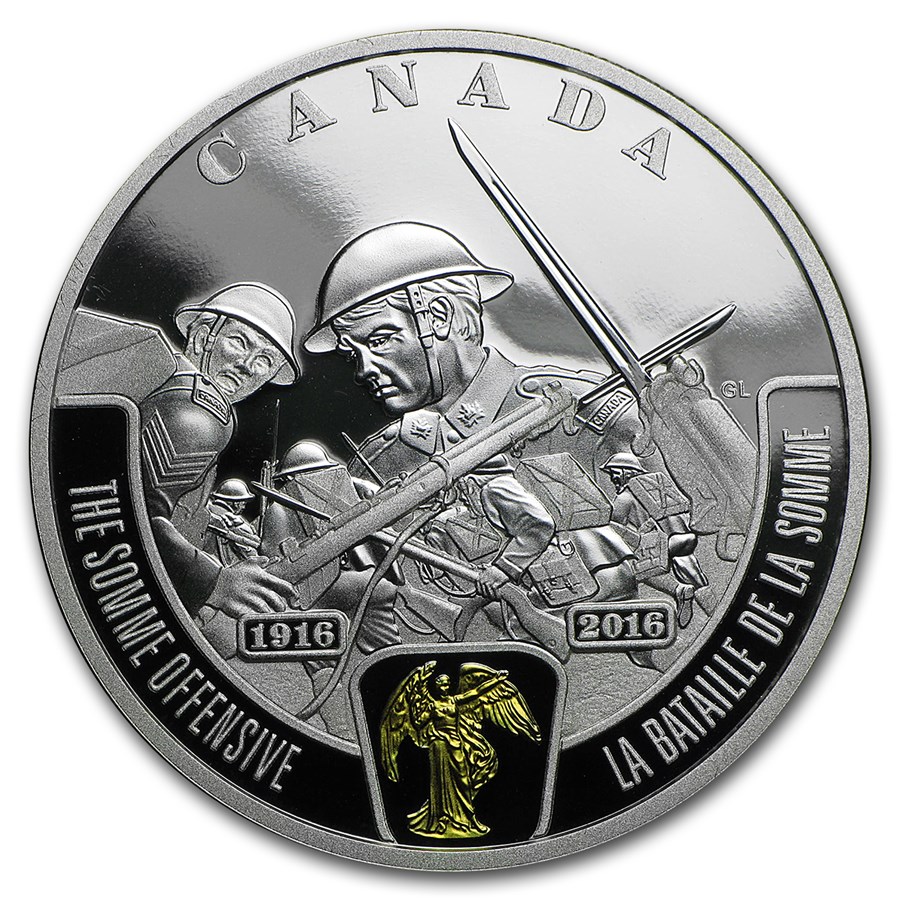 Product Details
Product Details
This coin is the fourth coin in the Royal Canadian Mint’s First World War series entitled Battlefront, which depicts Canada’s soldiers in action on the battlefields of Europe.

A fine Silver with selective Gold plating that recreates the winged figure of “Victory” from the Victory Medal, which was awarded in 1919 to all ranks of the Allied forces who served in the First World War.

To the left, a sergeant turns to face the viewer as he shouts encouragement and urges his men forward including the viewer, who is pulled into the scene to gain a sense of the overwhelming uncertainty and danger that hung over these courageous soldiers who valiantly pressed on. Above, a ghostly image of a young soldier looks down upon the scene and serves as a moving reminder of the heavy casualties suffered in the Somme Offensive.

In the center, selective Gold plating showcases the winged figure of “Victory,” as it appeared on the Victory Medal that was awarded to the allied soldiers of the First World War. Adding to the historical accuracy of the coin, the obverse highlights the reigning monarch during the First World War with the effigy of King George V by sir E. B. MacKennal.