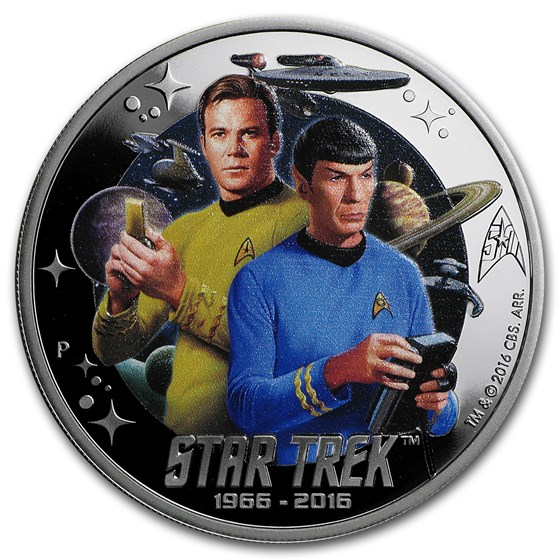 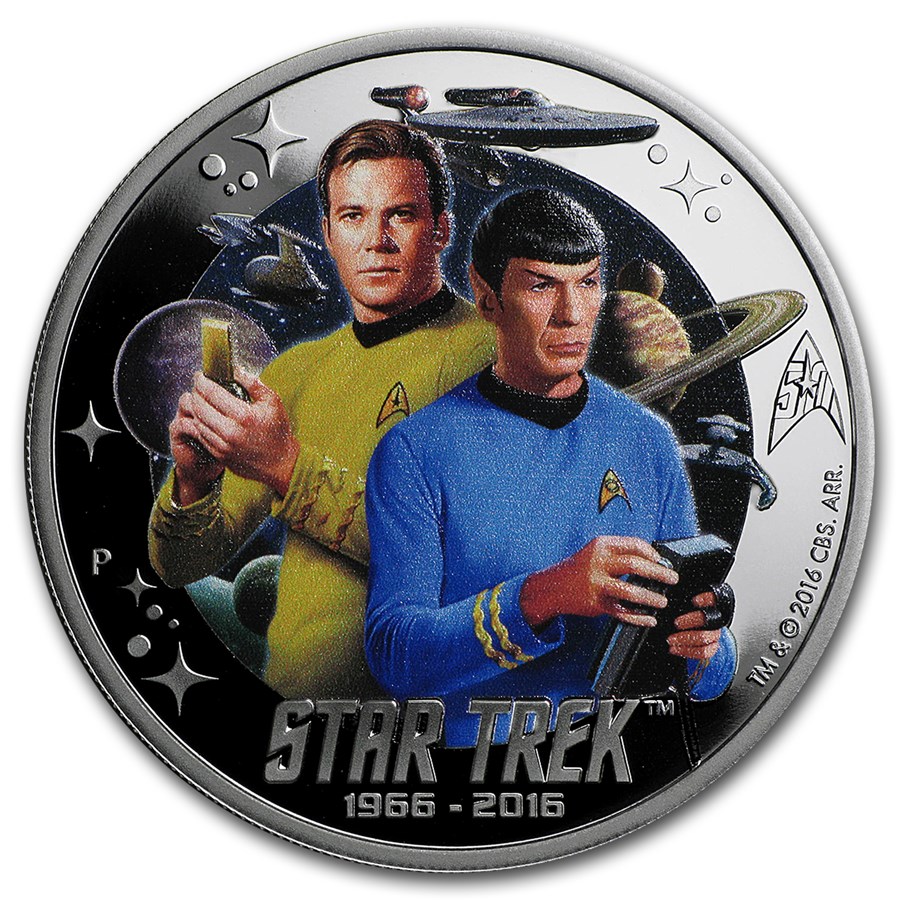 Your purchase is guaranteed to match the quality of the product shown. It will not be this exact item.
Product Details
Product Details
This coin features Captain Kirk and Spock on the same coin. Selective colorization adds to the depth to this issue.

Coin Highlights:
This exceptional coin would be a great addition to any coin collection. Add this beautiful Colorized Kirk and Spock coin to your cart today!

Spock was born in 2230 on the planet Vulcan to Vulcan ambassador Sarek, and Amanda Grayson, a human teacher. Spock initially served as a Starfleet officer for several decades before going on to become a Federation ambassador.

I've been collecting the Tuvalu Star Trek coins from the get go and this one is my favorite. A must-have for any Star Trek fan.