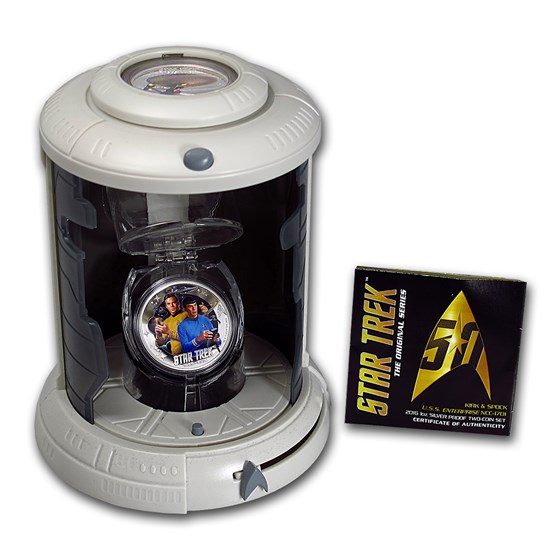 $29.30
As Low As
Product Details
Product Details
This spectacular coin set from The Perth Mint features some of your favorite memories from the Star Trek franchise. Now sold out at the mint!

Set Highlights:
This exceptional 2-coin set would be a great addition to any coin collection. Add this beautiful Star Trek 2-coin set to your cart today!