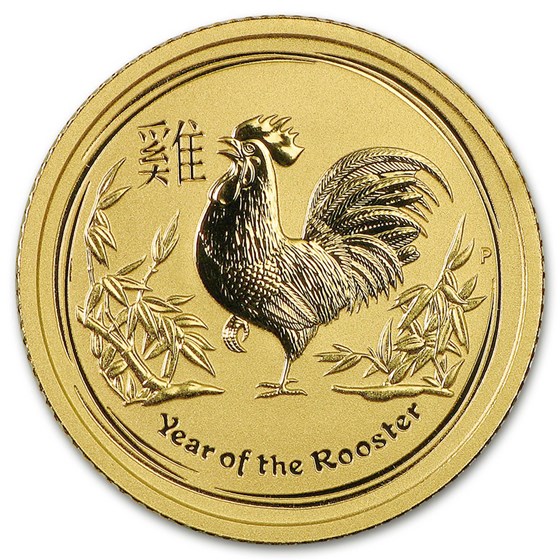 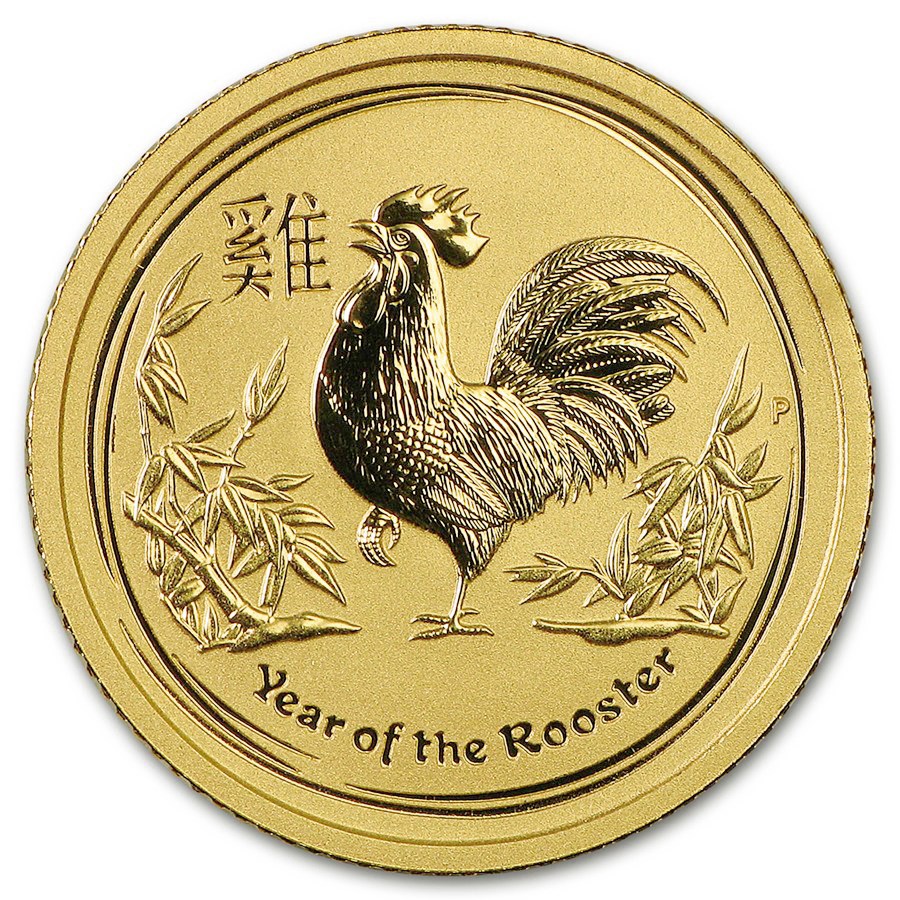 $2,087.69
As Low As
Product Details
Product Details
The fractional Gold Lunar coins offer the same popular Year of the Rooster design at a lower price point than the larger coins. Each coin contains .9999 fine Gold, providing the same Gold value but in a more affordable size.

Coin Highlights:
Add an attractive display box to your order to protect and easily display your Gold coin.

APMEX is an authorized distributor of Perth Mint products, allowing APMEX to get coins directly from the Perth Mint and pass them along to you. This spectacular 2017 1/2 oz Gold Lunar Year of the Rooster is available at a lower price point than its full ounce counterpart. Add this release from the Perth Mint to your cart today!

In my opinion, this was the best of the 2017 gold Roosters to have been minted. The artwork is well done & laid out. This 1/2 oz Rooster is .9999 pure gold, a decent size & a beautiful reverse proof.

Perth mint coins are always strikingly beautiful. The "Rooster", in silver and gold is, no exception.