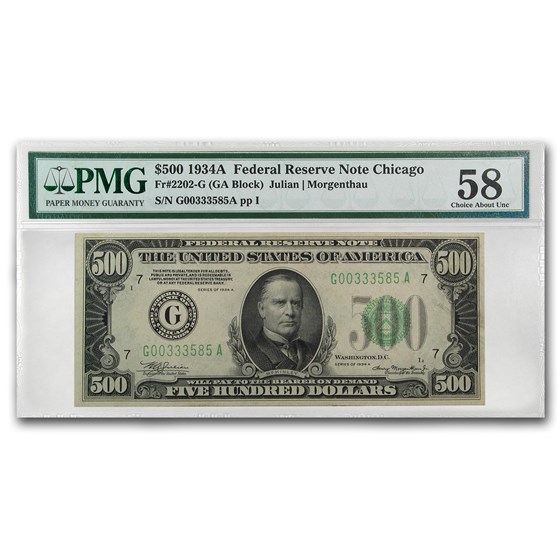 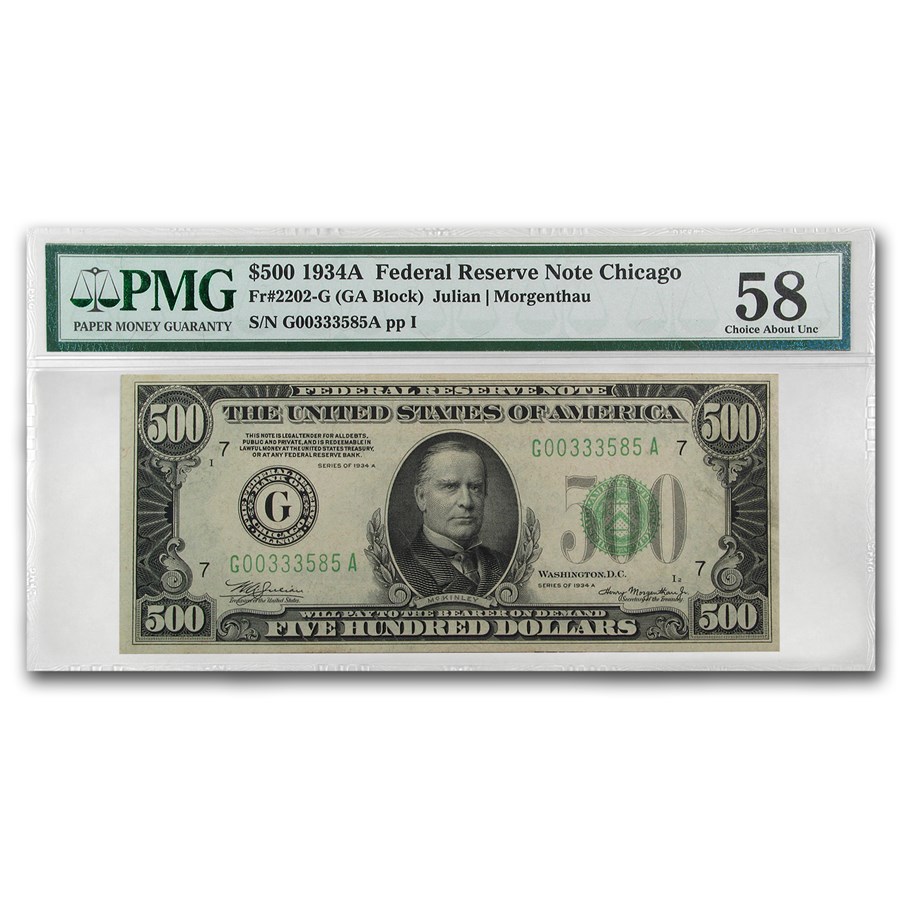 Product Details
Product Details
This Series 1934-A $500 Federal Reserve Note has been graded Choice About Uncirculated-58 by Paper Money Guaranty. It is from the Chicago district, and is an attractive note. These higher grade notes are in demand, and this one is priced to move.