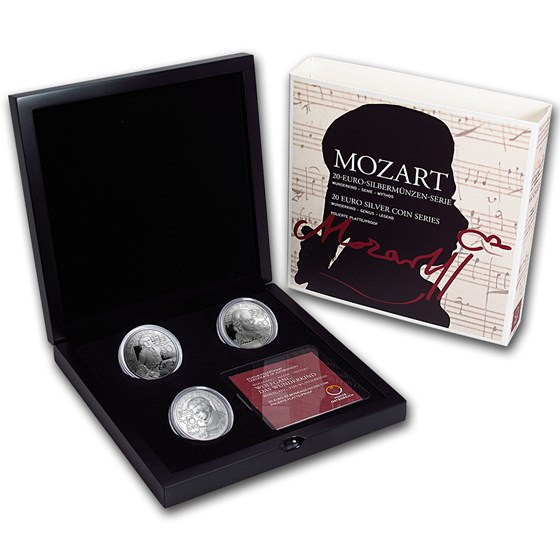 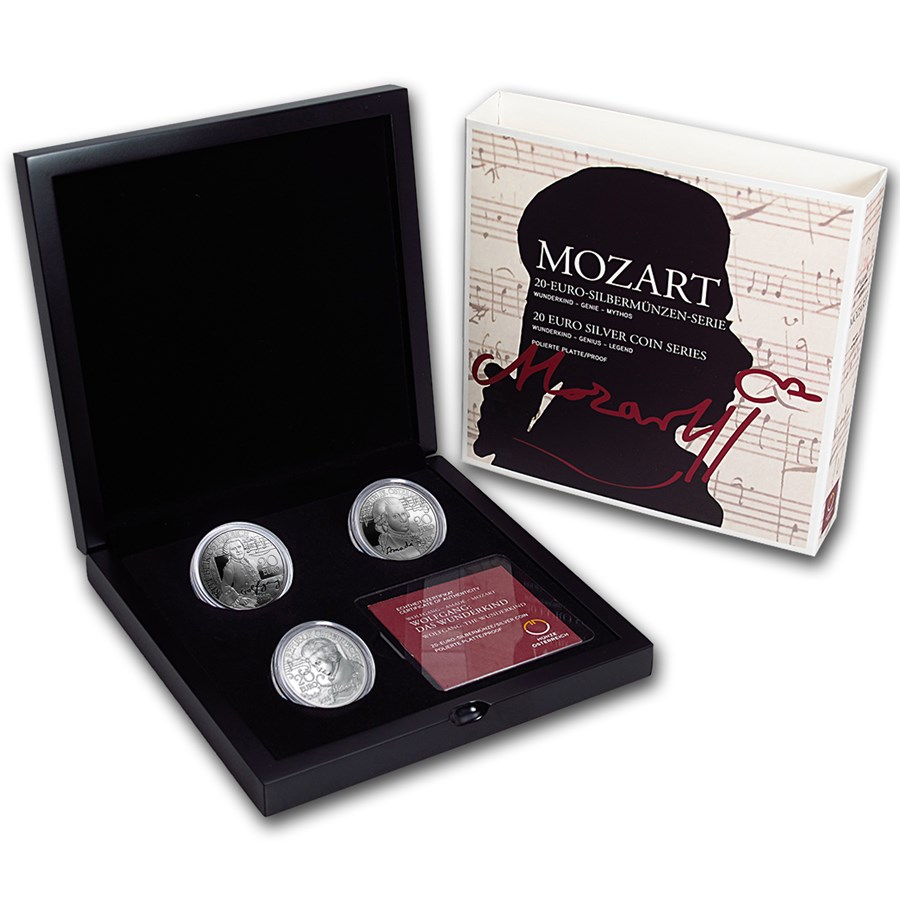 
Wolfgang, Amadeus and Mozart are the names on three Silver coins dedicated to Austria’s most famous son. Wolfgang (2015), the first coin, is dedicated to Mozart’s boyhood as a wunderkind; Amadeus (2016), the second coin, to his short but prolific adult life, which established his genius; while the third coin, Mozart (2016), focuses on his musical afterlife and the legend that he became after his premature death. To a certain extent the three coins represent the three acts that made up Mozart’s life as well as his amazing legacy, which lives on more than 200 years after his death.

The obverse of each coin in the series boasts a portrait of Mozart, while the reverse shows a detail from one of Mozart’s works from the period in question. Wolfgang features the comic opera, Bastien und Bastienne (1768), Amadeus features Don Giovanni (1787), while Mozart features the Magic Flute (1791).