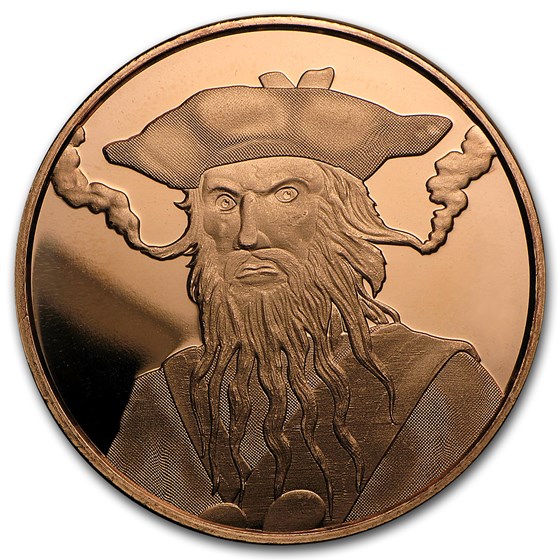 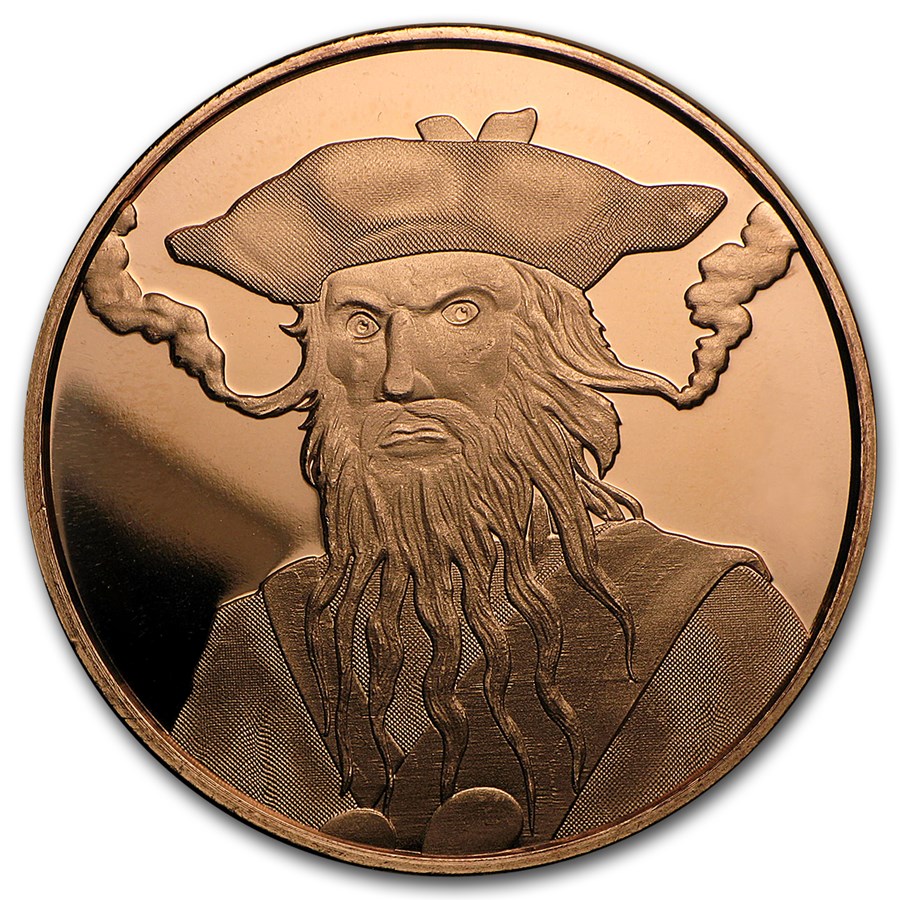 Your purchase is guaranteed to match the quality of the product shown. It will not be this exact item.
Product Details
Product Details
This copper round pays tribute to pirate lore, depicting an interpretation of Edward Teach, a.k.a. Blackbeard, notorious for pirating and terrorizing in the Atlantic and Caribbean.

Known well for terrorizing, Blackbeard commanded a most formidable pirate ship well equipped with armor and canons and captured over 40 vessels from 1717-1718. The site of his flag, depicted on the reverse, was alone enough to cause many to fear and surrender.

Round Highlights:
Display or present this classically designed Copper round in style by adding a high-quality presentation box to your order.

This is an ideal gift for any enthusiast to start their own Copper collection. Add this 1 oz Blackbeard Copper round to your cart today!

What a card this guy must have been!