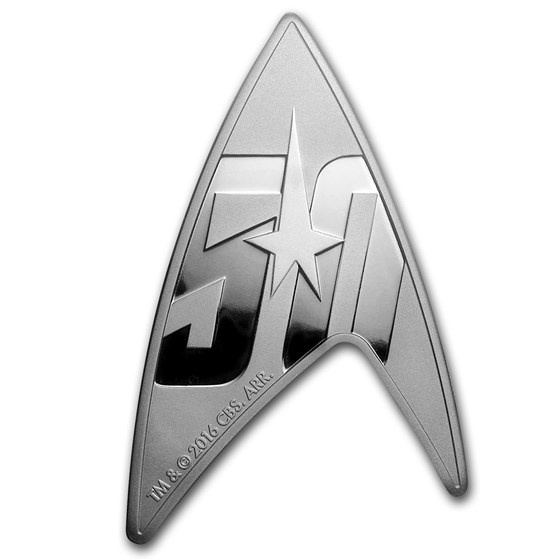 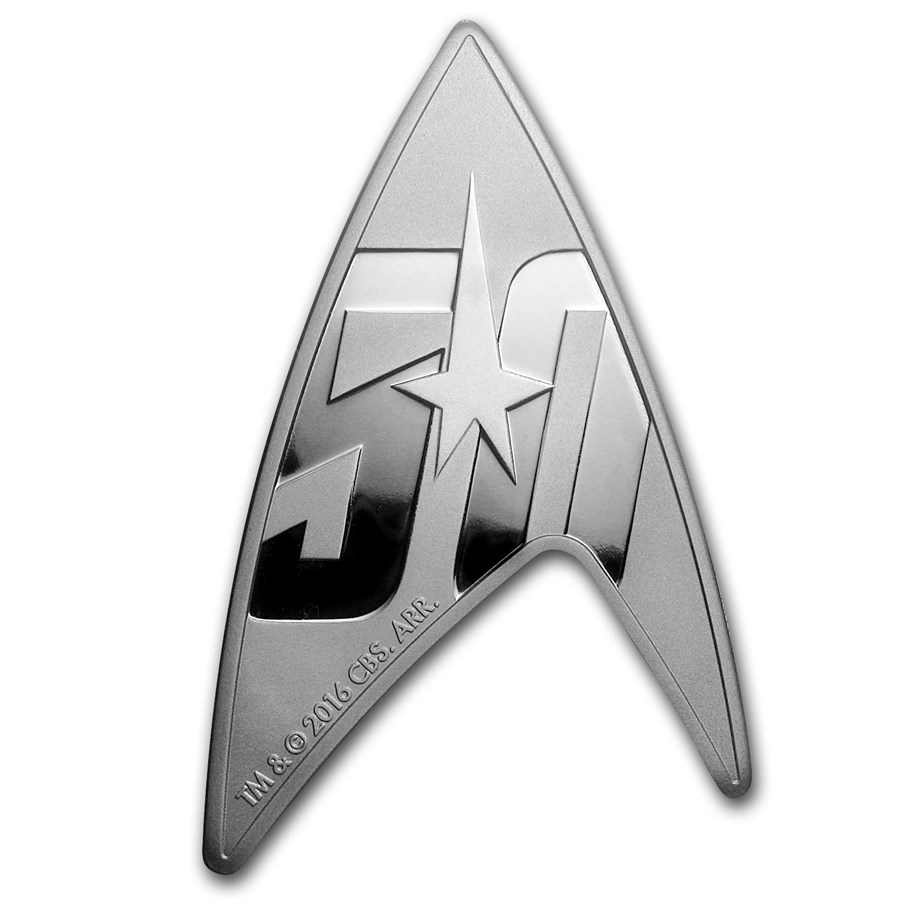 Your purchase is guaranteed to match the quality of the product shown. It will not be this exact item.
Product Details
Product Details
Struck by the Perth Mint from 1 oz of .999 fine Silver. No more than 5,000 of the Star Trek: Original Series 50th Anniversary Silver Delta Coins will be released worldwide.

Uniquely shaped, this release has already been tremendously popular amongst both coin collectors as well as Star Trek fans worldwide. When held in person, this piece is truly remarkable!

The Perth Mint is thrilled to offer fans this Star Trek 50th anniversary collectible coin. Gene Roddenberry’s Star Trek debuted in 1966, and ran for three seasons until 1969. Set in the future, the science fiction series followed the 23rd century adventures of Captain James Tiberius Kirk and the Constitution-class starship U.S.S. Enterprise NCC-1701, a powerful interstellar spacecraft dispatched by the Earth-based Starfleet Command to explore the Galaxy.