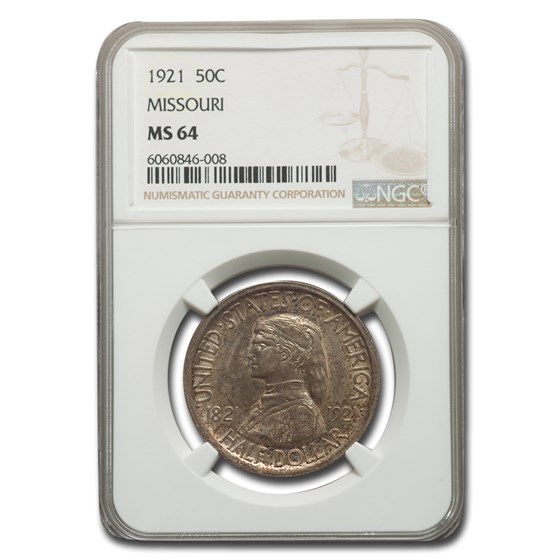 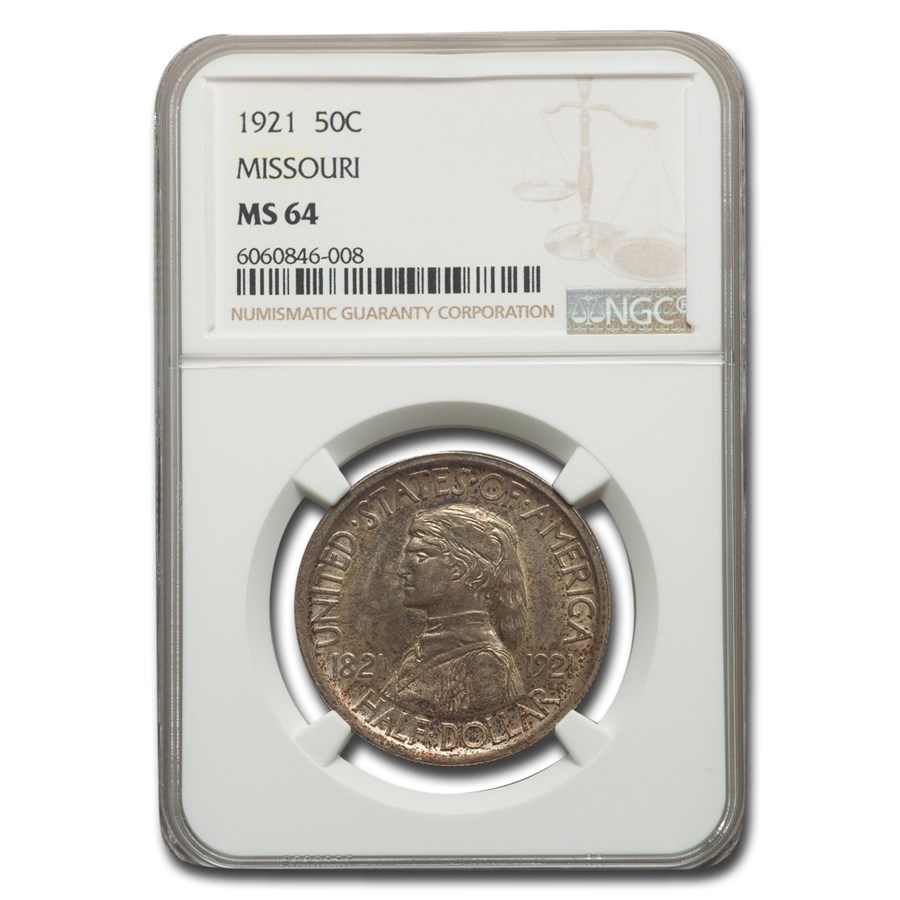 Product Details
Product Details
The 1921 Missouri Centennial commemorative half dollar was issued to honor the centennial of Missouri's admission to the Union. The celebrations were held in Sedalia in 1921. Rarely do you see a Missouri this nice, knock your eyes out luster!

Coin Highlights:
Protect and display your Missouri Centennial Half in style by adding an attractive display or gift box to your order.

The Missouri Centennial half dollar was issued in both the "Plain" and "2*4" varieties, the 2*4 designates that Missouri was the 24th state admitted to the Union. Only 15,400 "Plain" coins were minted so this MS-64 example is a scarce coin.