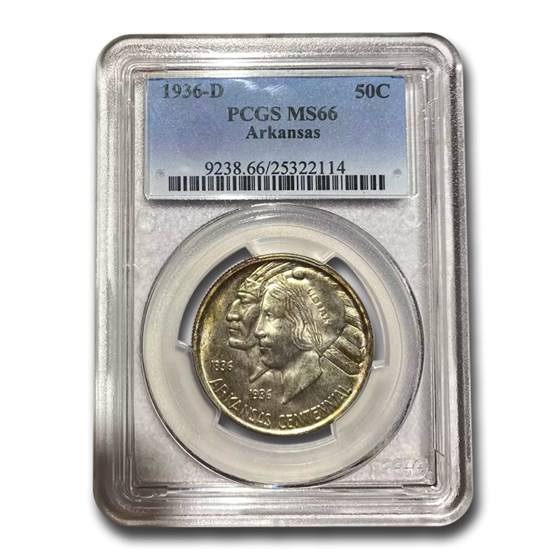 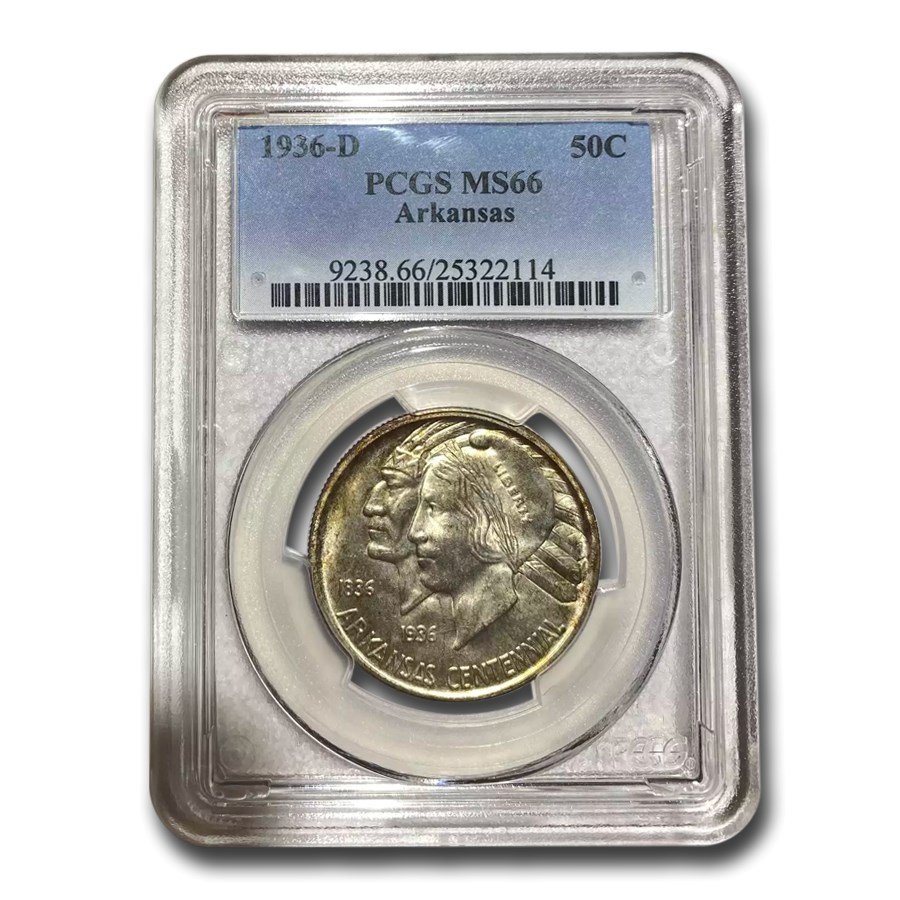 $26.58 $27.08
As Low As
Product Details
Product Details
Beginning in 1935, the U.S. Mint produced this Silver Half Dollar coin to celebrate the 100th anniversary of Arkansas being admitted as a state. This issue has been graded an MS-66 by PCGS. This has some dark toning, adding to its originality.

Add this certified 1936-D Arkansas Half Dollar to your cart today!