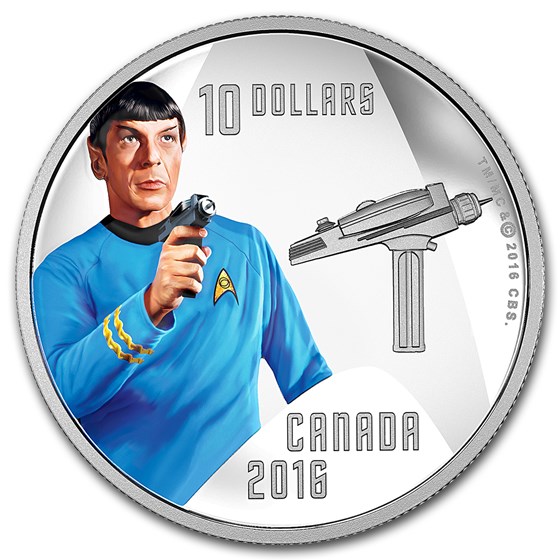 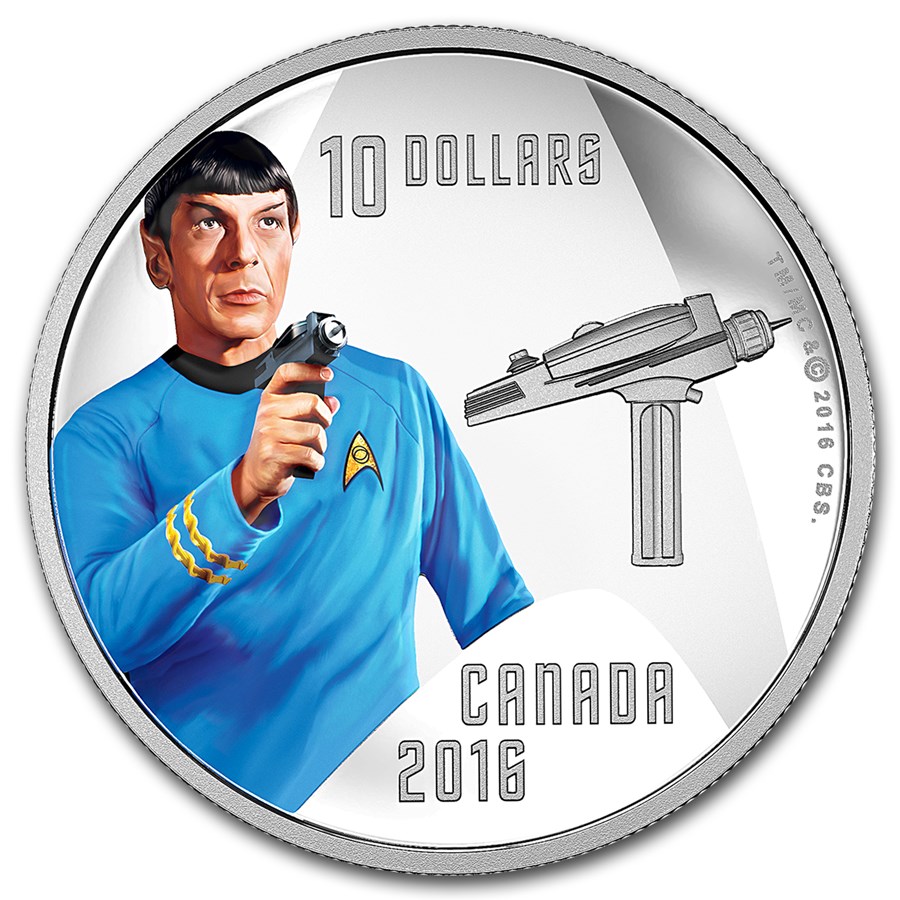 $30.20 $30.70
As Low As
13% Off The Premium
Product Details
Product Details
Dr. Spock's alien origins reinvented a small community in Alberta, while his iconic salute and unique wisdom have made him one of the most respected characters of the Star Trek universe!

As the Royal Canadian Mint celebrates the 50th anniversary of Star Trek, this fine Silver coin pays tribute to the wisdom of Spock and features the futuristic phaser introduced in The Original Series. This coin is the fourth of four 1/2 oz coins in the series.

Add this $10 Star Trek Silver coin to your cart today!