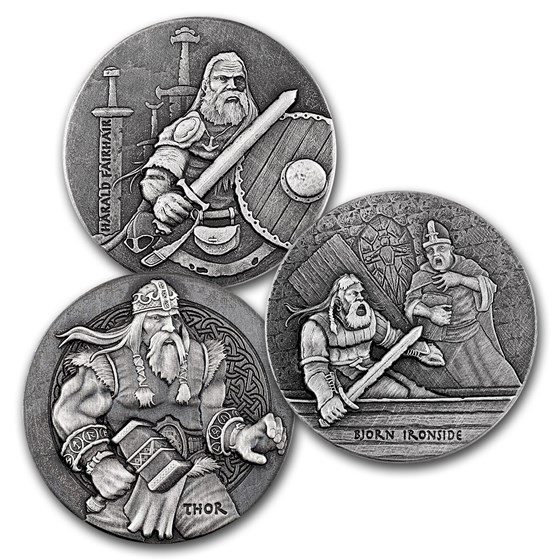 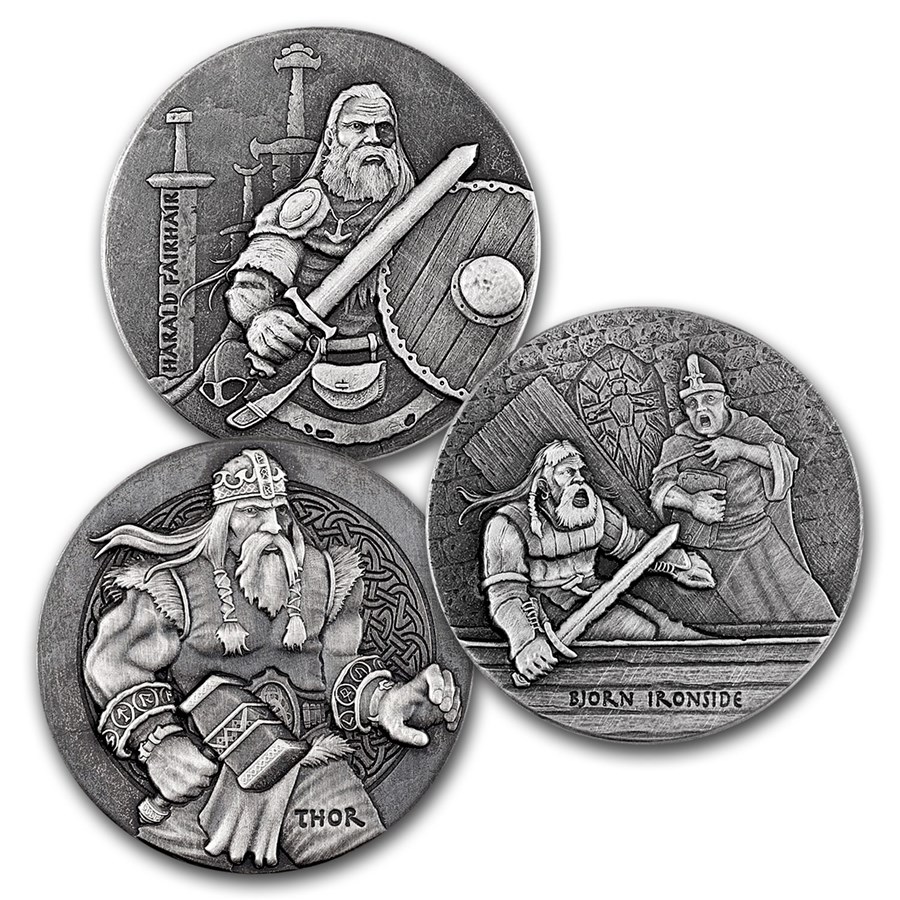 Set Highlights:
This striking set is a great way to start collecting the Vikings 15-Coin Series. Add this 3-Coin Silver Vikings: Gods, Kings and Warriors set to your cart today!

The God:
Thor the Norse God of Thunder and son of Odin, the Allfather. In Norse mythology, Thor is the husband of the golden-haired goddess Sif, a Goddess associated with earth and fertility. Together, they fathered the goddess Thrud. Thor is described as fierce-eyed, red-haired and red-bearded. Thor's exploits, including his earth-shaking battles with the monstrous serpent Jormungandr and their foretold mutual deaths during the events of Ragnarok are literally the stuff of legend, having been recorded throughout numerous historical Norse poems and texts.

The Warrior:
Björn Ironside, the son of legendary Viking warrior and King, Ragnar of Lothbrok, is remembered as being a fierce warrior, powerful Viking chieftain and naval commander. Upon Ragnar's death, Norse legend indicates (although disputed by many) that Björn inherited the lands that comprise much of Sweden and Uppsala, becoming the first King of the Munso Dynasty. One of Björn's more notable legendary exploits included having raided France in 860 with his brother Hastein in a continuation of the tradition initiated by their father Ragnar Lothbrok. In 860, Björn led a large Viking raid down the Iberian coast, fought their way through Gibraltar, pillaged the south of France, and ultimately landed in Italy and captured the coastal city of Pisa.

I have both sets. The coins are favorites of all when I display them. The artwork is amazing!! Brings life to olde stories.