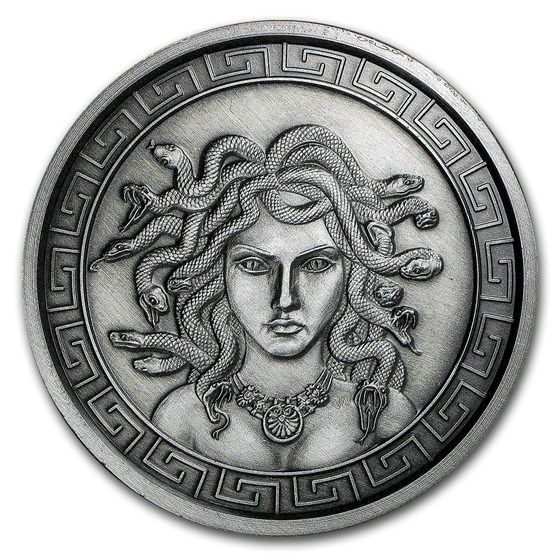 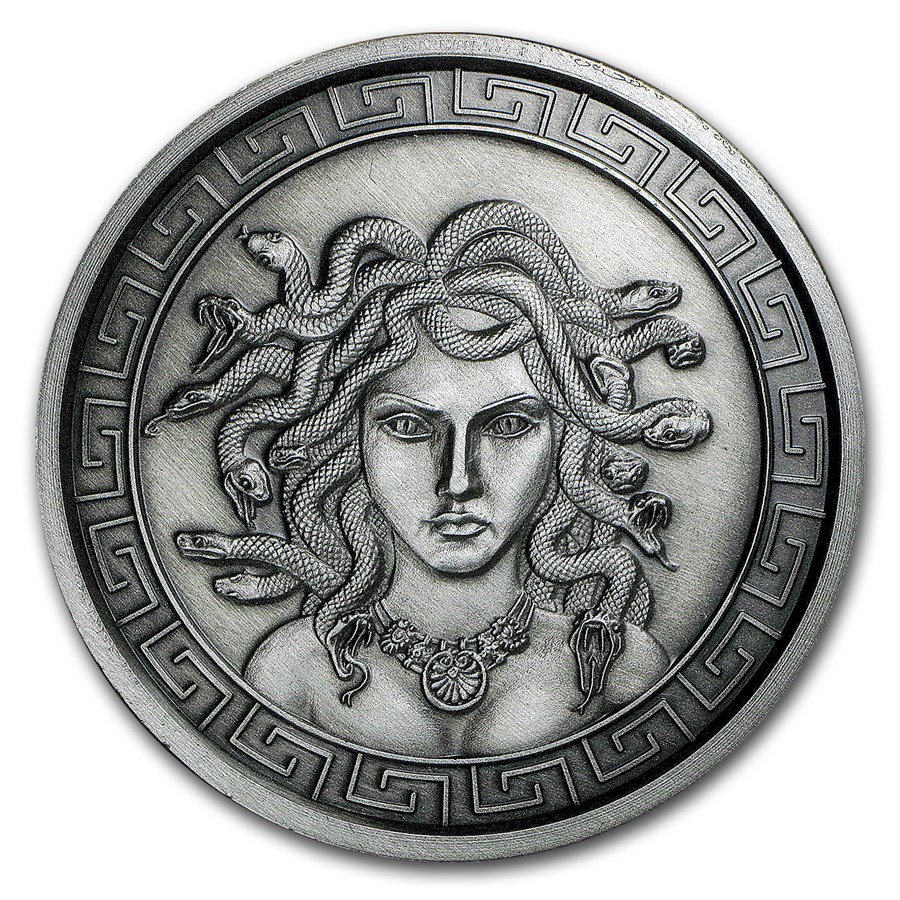 Your purchase will match the quality of the product shown.
Product Details
Product Details
According to Greek mythology, Medusa was once a golden-haired maiden, a priestess of Athena.

Protect and display your Silver round in style by adding an attractive presentation box recommended for this round.

Add this 5 oz Medusa round to your cart today!

Medusa was one of three sisters devoted to a life of celibacy. Medusa fell for Poseidon which infuriated Athena who in turn cursed Medusa by turning each wavy lock of hair into a venomous snake.

The Anonymous Mint graciously crowns the OWL as its reverse logo. The owl represents wisdom, intelligence, mystery, transition, secrets and protection. In ancient symbolism, the owl represented guardianship of the underworld and protection of the dead. Owl has been known as ruler of the night, seer of souls and keeper of spirits that had passed from one plane to another. During medieval times, it was fabled that owls were actually priestesses or wizards in disguise.